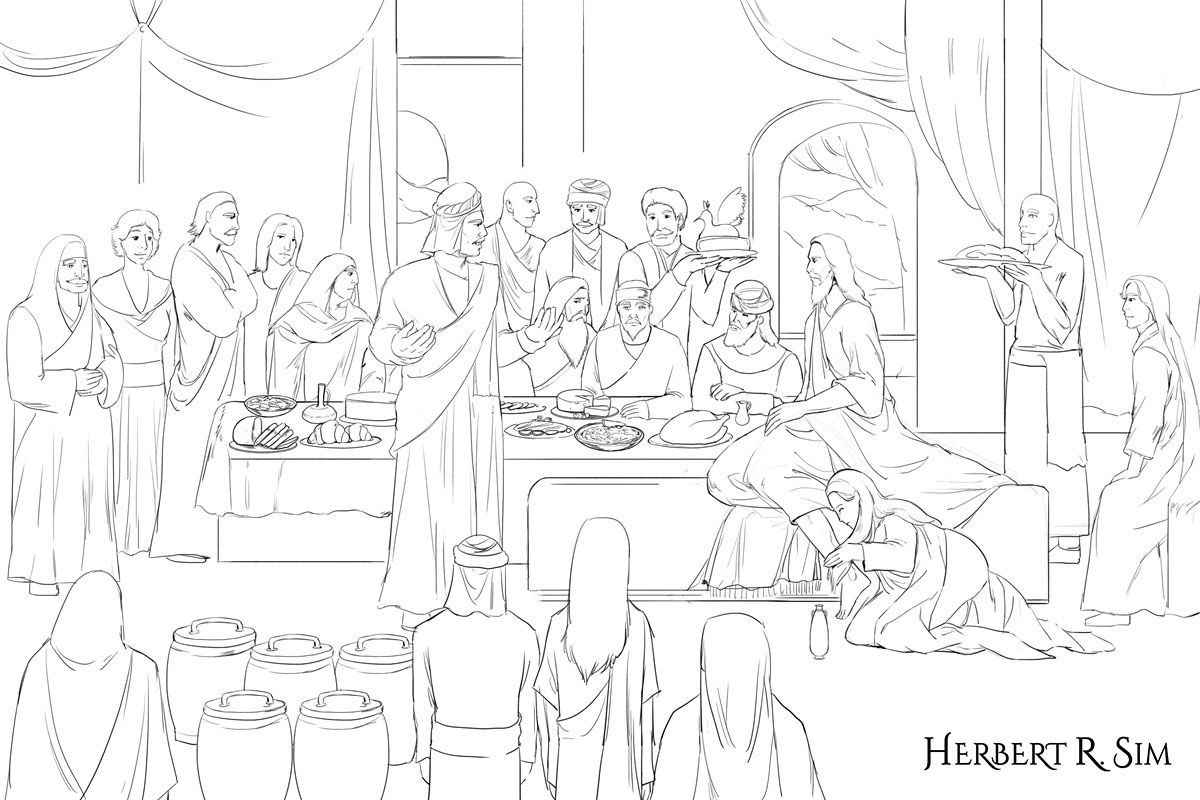 To commemorate Easter or Resurrection Sunday, the festival and holiday commemorating the resurrection of Jesus from the dead, I have worked on this artwork featuring – Jesus Anointed by a Sinful Woman. Above is the sketch, the colored version below.

Jehovah El Nose, means God Who Forgives. Jesus says, “The reason she loved me much,” and Jesus is pointing to us the reason for the fruits, her love, her much love for the Lord, and we all want that, we all want much love for the Lord, and her reason for being willing to separate herself from that alabaster box of perfume. It is said in those days in Israel that a woman will keep her perfume bottle, all right, for the man that she will marry. And it’s very expensive perfume, and she was spent her savings and, you know, she will commit her savings just to buy that bottle of perfume. It’s very expensive, and she would pour it on the man that she will marry.

Only someone who lives outside time can forgive you of all your sins past, present, and future, and that’s Jesus, the son of God himself.

A Woman Pours Perfume on Jesus at Bethany (Mark 14)

36 When one of the Pharisees invited Jesus to have dinner with him, he went to the Pharisee’s house and reclined at the table. 37 A woman in that town who lived a sinful life learned that Jesus was eating at the Pharisee’s house, so she came there with an alabaster jar of perfume. 38 As she stood behind him at his feet weeping, she began to wet his feet with her tears. Then she wiped them with her hair, kissed them and poured perfume on them.

39 When the Pharisee who had invited him saw this, he said to himself, “If this man were a prophet, he would know who is touching him and what kind of woman she is—that she is a sinner.”

40 Jesus answered him, “Simon, I have something to tell you.”

41 “Two people owed money to a certain moneylender. One owed him five hundred denarii,[a] and the other fifty. 42 Neither of them had the money to pay him back, so he forgave the debts of both. Now which of them will love him more?”

43 Simon replied, “I suppose the one who had the bigger debt forgiven.”

“You have judged correctly,” Jesus said.

44 Then he turned toward the woman and said to Simon, “Do you see this woman? I came into your house. You did not give me any water for my feet, but she wet my feet with her tears and wiped them with her hair. 45 You did not give me a kiss, but this woman, from the time I entered, has not stopped kissing my feet. 46 You did not put oil on my head, but she has poured perfume on my feet. 47 Therefore, I tell you, her many sins have been forgiven—as her great love has shown. But whoever has been forgiven little loves little.”

48 Then Jesus said to her, “Your sins are forgiven.”

49 The other guests began to say among themselves, “Who is this who even forgives sins?”

50 Jesus said to the woman, “Your faith has saved you; go in peace.” 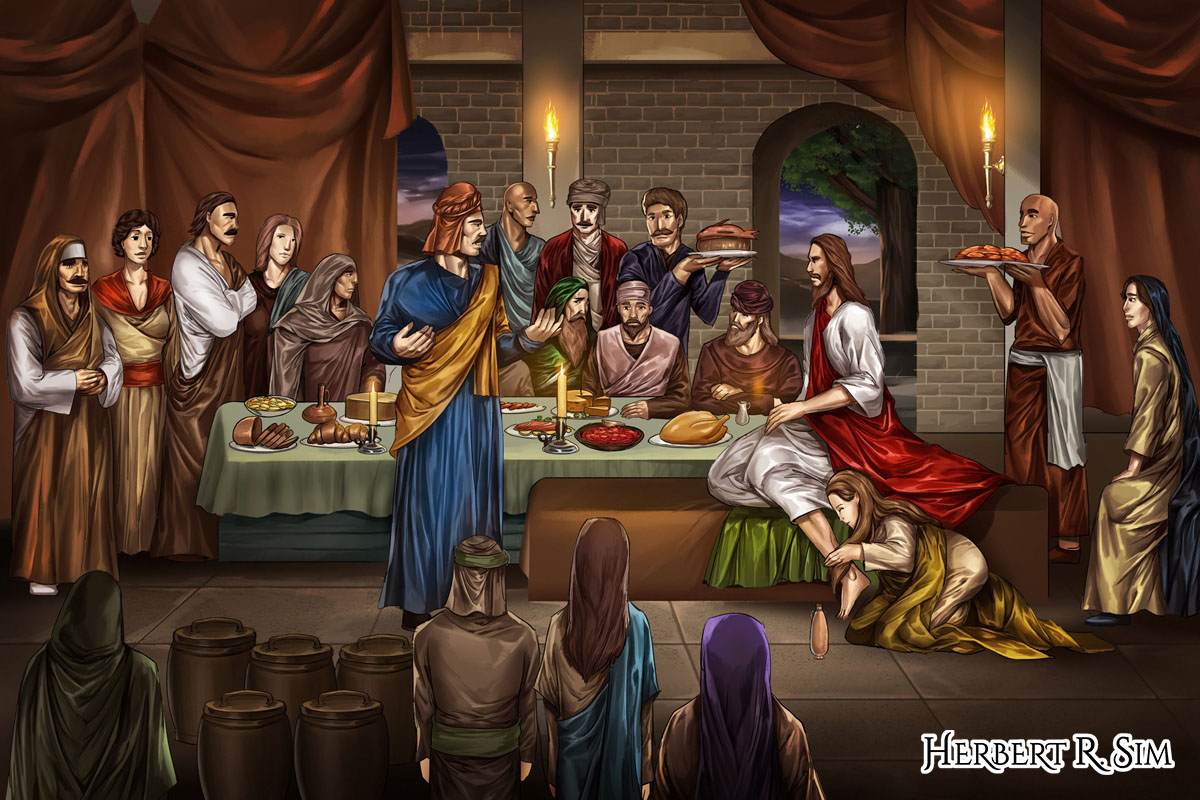