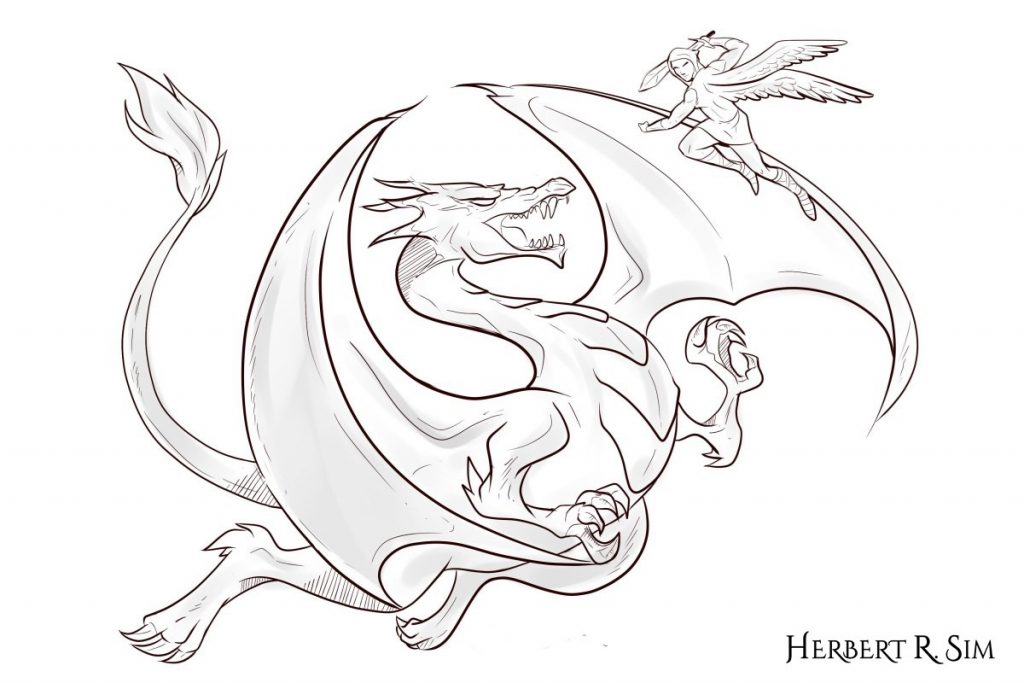 Here above, I attempt to depict the epic battle in my sketching of a “Dragon versus an Angel” entitled “War of Heaven: Archangel Michael versus Archangel Lucifer“.

Started this website to showcase my artwork/digital illustrations, under the domain name of ☓.com, unicode/punycode of xn--33h.com. This post is dedicated to showcase one of my latest works, depicting my favorite book in the Bible – Revelation, simply because it talks about one of my fascinations about the mythical creature – the dragon.

The Book of Revelation describes a war in heaven between angels led by the Archangel Michael against those led by “the Dragon“, identified as the devil/Satan or Lucifer, who are defeated and thrown down to the earth.

My own personal theory, is there is a possibility that the Dragon, might be literally the Dragon form itself, that the ‘fallen’ angels take the form of serpent looking creatures with wings. And among them all, Lucifer a.k.a. the Dragon, was among the most majestic, and rebelled against God, stemming from his great pride, of his own strength, beauty and splendor. 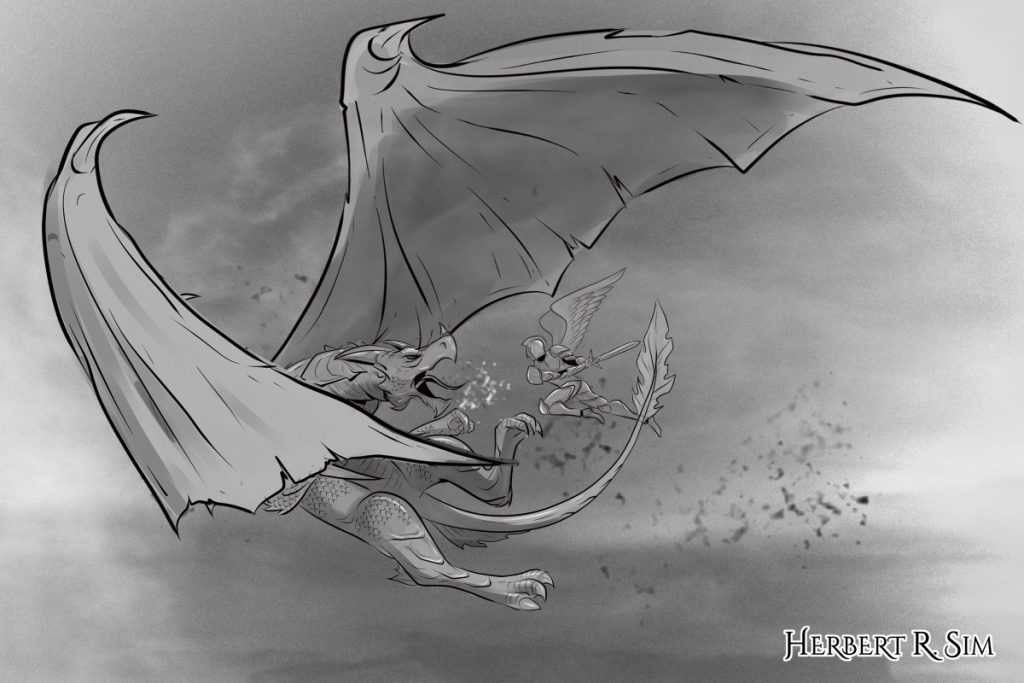 In my final illustration, I revised attempting to create a ‘deviantart’ style of fantasy epic-ness, on a play of shades. The dragon wings’ ratio have also been drastically increased.