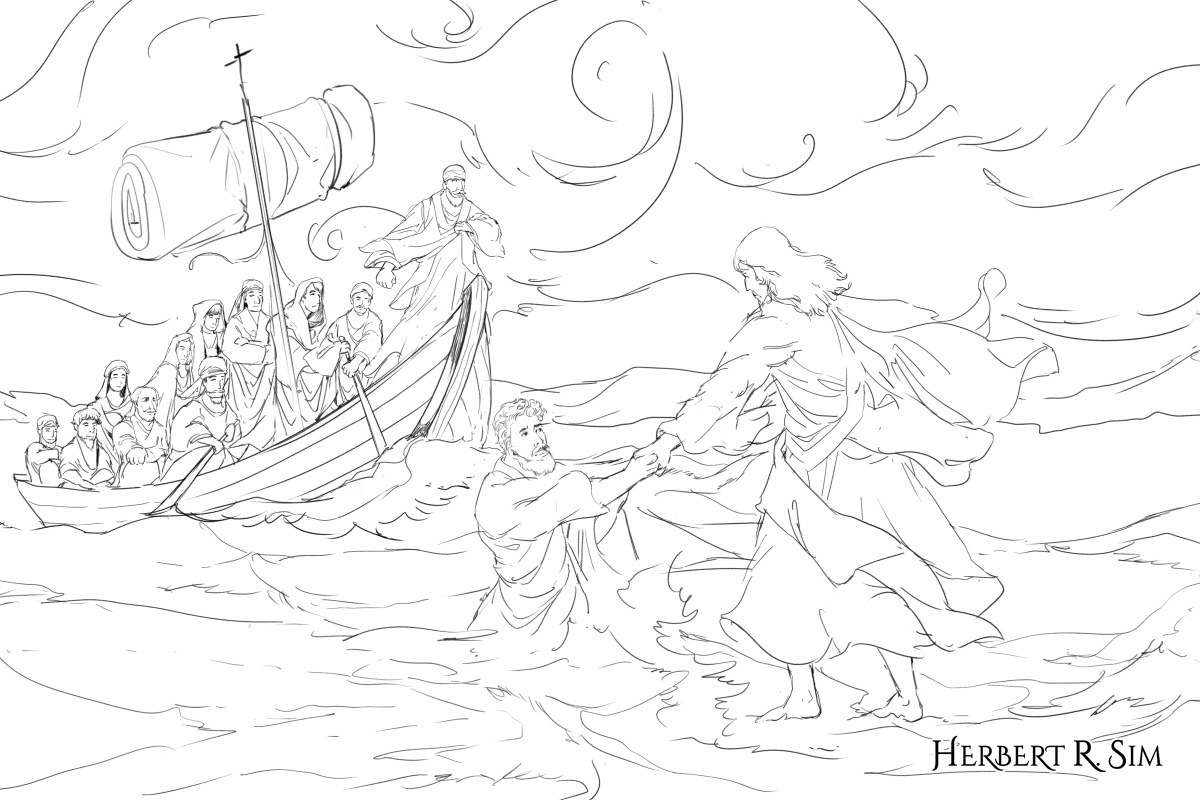 In my latest Bible illustration, I draw Jesus the Lord our peace, In Him We Trust, who was walking on water. The art depicts a scene that was specifically only in he book of Matthew, where Peter walked on water too, towards Jesus.

The New Testament Bible story of Jesus walking on water is one of the most widely told narratives and key miracles of Jesus. The episode occurs shortly after another miracle, the feeding of the 5,000. This event convinced the 12 disciples that Jesus is indeed the living Son of God. The story, therefore, is extremely significant to Christians and the basis for several important life lessons that govern how believers practice their faith.

After feeding the 5,000, Jesus sent his disciples on ahead of him in a boat to cross the Sea of Galilee. Several hours later in the night, the disciples encountered a storm that frightened them. Then they witnessed Jesus walking toward them across the surface of the water, and their fear turned to terror because they believed they were seeing a ghost.  As recounted in Matthew verse 27, Jesus told them, “Take courage! It is I. Don’t be afraid.”

Peter replied, “Lord, if it’s you, tell me to come to you on the water,” and Jesus invited Peter to do exactly that. Peter jumped out of the boat and began walking on the water toward Jesus, but the moment he took his eyes off of Jesus, Peter saw nothing but the wind and waves, and he started to sink.

Peter cried out to the Lord, and Jesus immediately reached out his hand to catch him. As Jesus and Peter climbed into the boat together, the storm ceased. After witnessing this miracle, the disciples worshipped Jesus, saying, “Truly you are the Son of God.”

Lessons From the Story

For Christians, this story presents lessons for life that go beyond what meets the eye: 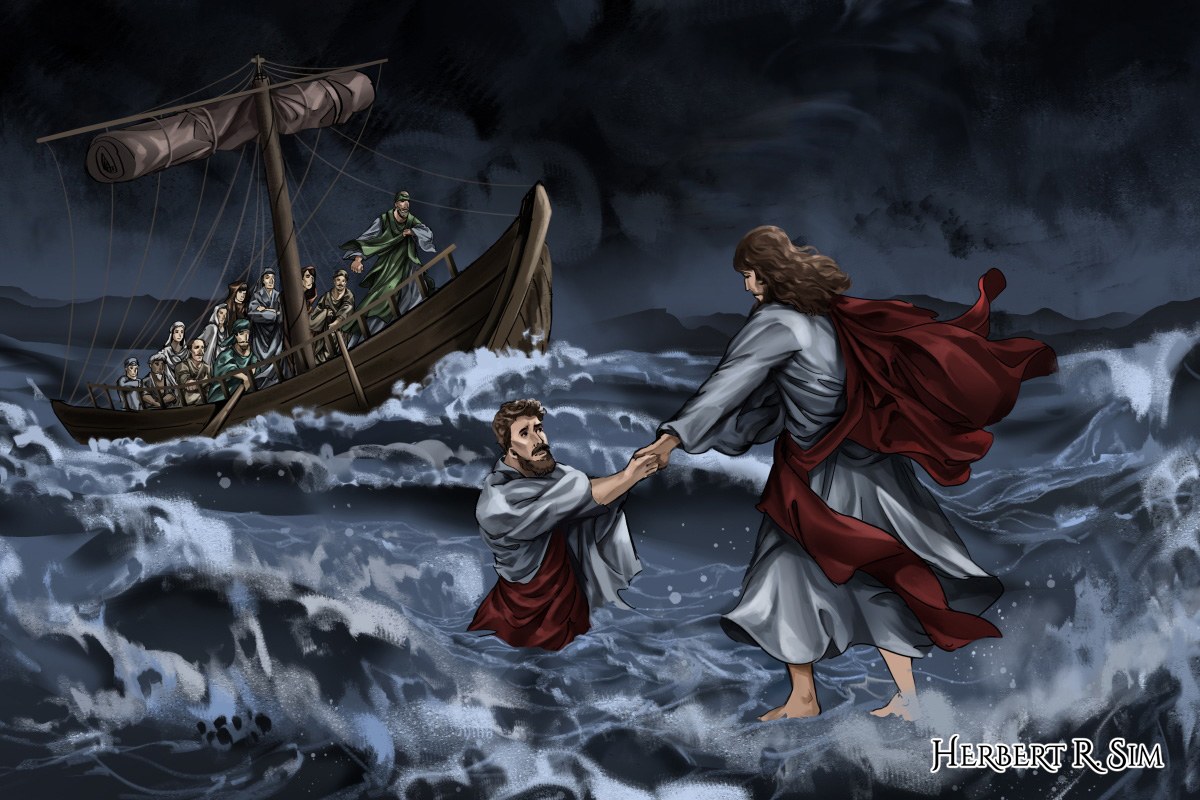 In my final illustration in full color, I made emphasis on the waves, the storm that all the disciples were experiencing. And Peter’s eyes were fixated on Jesus – in whom He Trusts, for salvation, to be saved, as Peter lacking faith, was sinking into the water.

Read the full story below:

Jesus Walks on the Water

22 Immediately Jesus made the disciples get into the boat and go on ahead of him to the other side, while he dismissed the crowd. 23 After he had dismissed them, he went up on a mountainside by himself to pray. Later that night, he was there alone, 24 and the boat was already a considerable distance from land, buffeted by the waves because the wind was against it.

27 But Jesus immediately said to them: “Take courage! It is I. Don’t be afraid.”

Then Peter got down out of the boat, walked on the water and came toward Jesus. 30 But when he saw the wind, he was afraid and, beginning to sink, cried out, “Lord, save me!”

31 Immediately Jesus reached out his hand and caught him. “You of little faith,” he said, “why did you doubt?”

32 And when they climbed into the boat, the wind died down. 33 Then those who were in the boat worshiped him, saying, “Truly you are the Son of God.”