The Fallen One Dragon Versus The Nephilim Giant 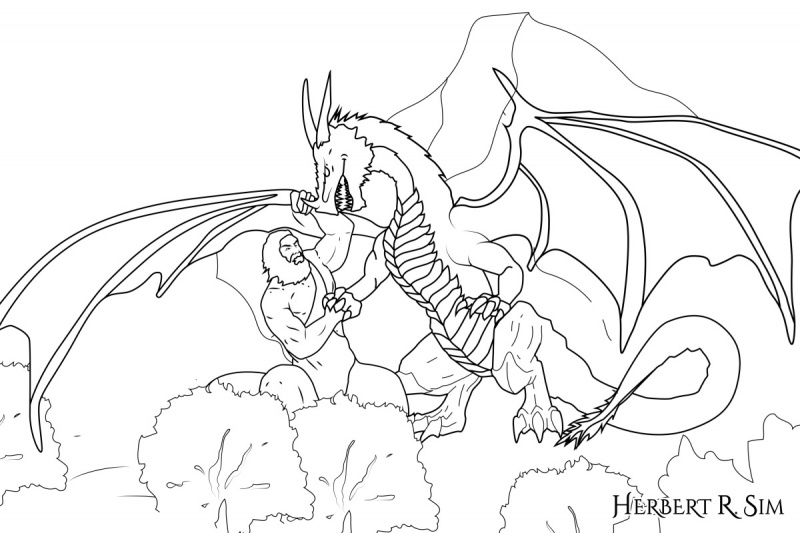 Attempted a sketch depicting a battle between a pure breed versus a mixed breed of the “Fallen”.

In Genesis 6:1–4, it speaks of the Nephilim, the product of copulation between divine beings a.k.a. ‘sons of god’ or ‘fallen angels’ and the daughters of Adam or or ‘human women’. The Nephilim are known as great warriors and Biblical giants (see Ezekiel 32:27 and Numbers 13:33).

It was once claimed that the mating of the sons of god and the daughters of Adam that resulted in the Nephilim caused the flood, and this caused the Nephilim to have a negative reputation. This was believed because the next verse (Genesis 6:5) is the introduction to the flood narrative and because their name means “fallen ones.” It is unlikely that this interpretation is correct because Genesis 6:4 presents nothing but praise for the Nephilim and no criticism is present. In addition, the name “fallen ones” is likely a reference to their divine paternity transforming—falling—into the human condition, albeit an almost superhuman condition.

In my book series that I am working on, I write about the possibility that during this copulation between humans and fallen angels a.k.a. dragons, and the product of this are the Nephilim, which comprises of both giants (mixed breed), and, in rare cases, some take the form of their father, in Dragon form, with the ability to transforming into human form too (pure breed).

With this theory, I embarked on my latest attempt to depict this in my illustration too, a battle between a mixed breed – the giant, versus a pure breed – the dragon. 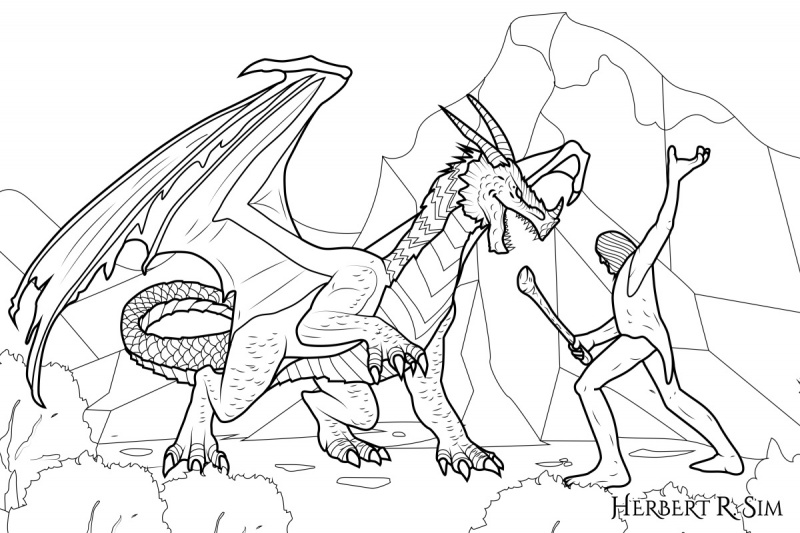 Revised final sketch version before adding colors. You would notice the detailing for the dragon. 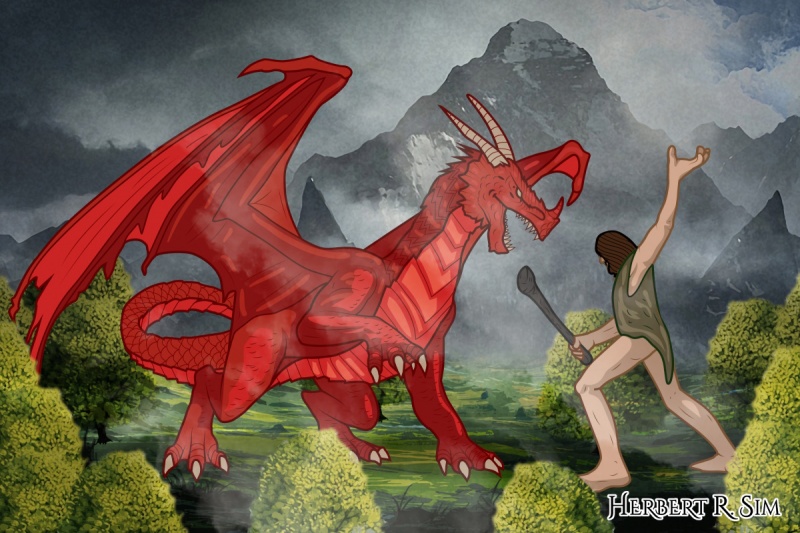