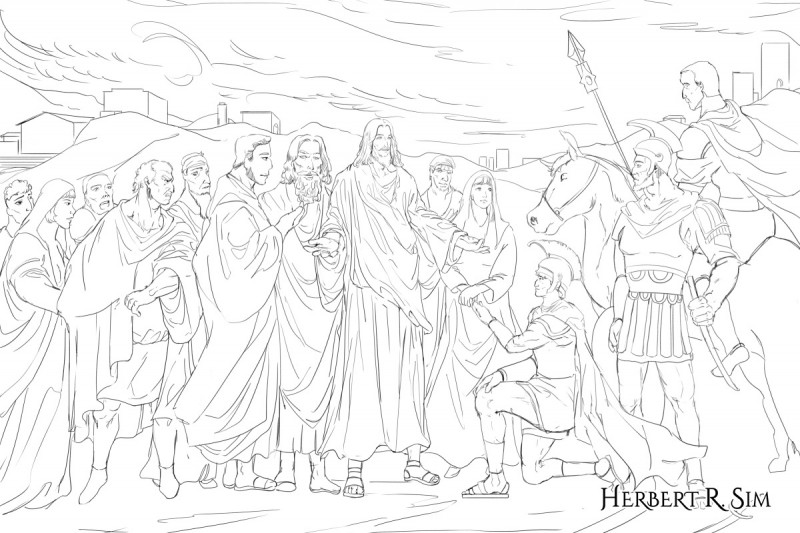 In my latest art illustration, I depict one of the 7-signs of Jesus – Jesus Healing an official’s son.

Specially publishing it today because it is Good Friday, a Christian observance held two days before Easter Sunday and commemorating the crucifixion of Jesus Christ at Calvary.

John chose to record this particular miracle because it demonstrated that Jesus had the power to heal a dying child 20 miles away. This is the faith that all believers should practice—although we may not see it visibly, we must trust in our faith in God.

Time and distance are not obstacles for God’s miraculous powers. Just like the man in this story, we must ask and move forward believing that our prayers will be answered. When we do this, our faith is exercised, and it will grow and be strengthened. We should demonstrate to others how God’s blessings come through our faith in Him.

Above is the work-in-progress, coloring in of the characters as well as the background. Differing from the earlier sketch which was the wilderness, I have changed it to the city in the background instead.

43 After the two days he left for Galilee. 44 (Now Jesus himself had pointed out that a prophet has no honor in his own country.) 45 When he arrived in Galilee, the Galileans welcomed him. They had seen all that he had done in Jerusalem at the Passover Festival, for they also had been there.

46 Once more he visited Cana in Galilee, where he had turned the water into wine. And there was a certain royal official whose son lay sick at Capernaum. 47 When this man heard that Jesus had arrived in Galilee from Judea, he went to him and begged him to come and heal his son, who was close to death.

48 “Unless you people see signs and wonders,” Jesus told him, “you will never believe.”

49 The royal official said, “Sir, come down before my child dies.”

The man took Jesus at his word and departed. 51 While he was still on the way, his servants met him with the news that his boy was living. 52 When he inquired as to the time when his son got better, they said to him, “Yesterday, at one in the afternoon, the fever left him.”

53 Then the father realized that this was the exact time at which Jesus had said to him, “Your son will live.” So he and his whole household believed.

54 This was the second sign Jesus performed after coming from Judea to Galilee. 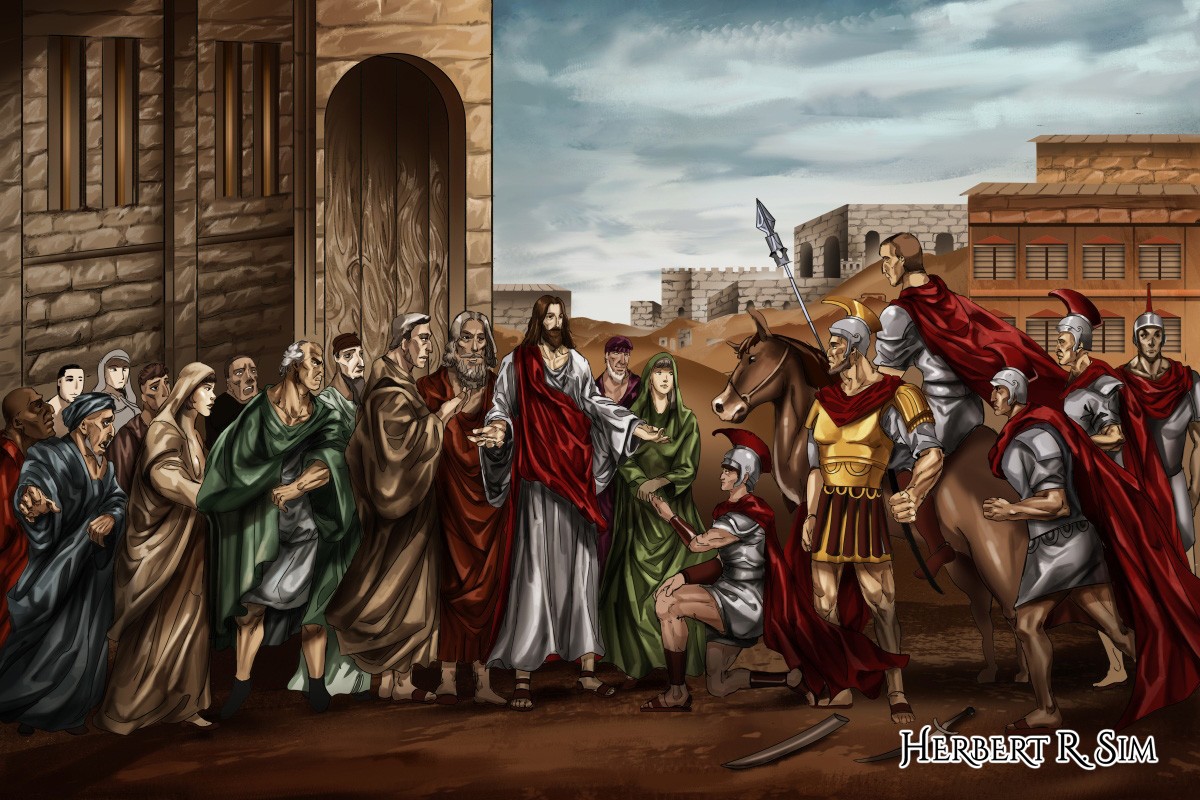 My final completed illustration – Jesus Heals an Official’s Son. The background is fully detailed in.