World Of Immersive Gaming With Neurochip 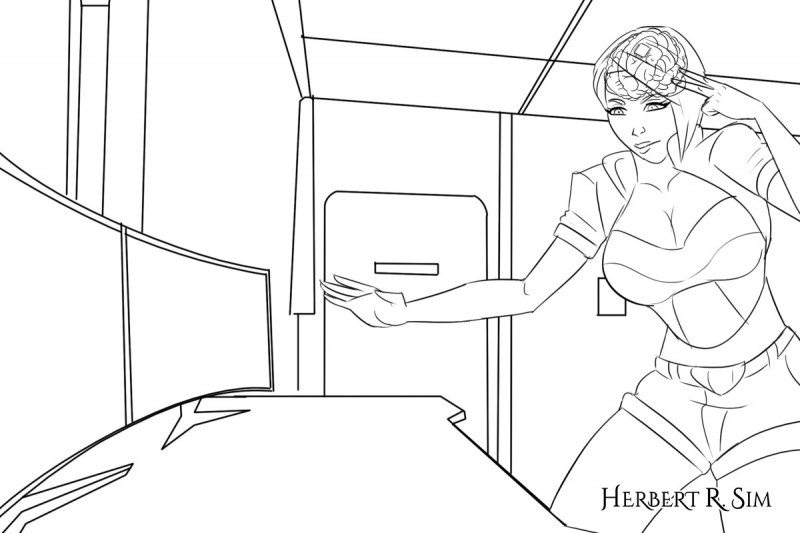 Above is my initial sketch of a female gamer utilising the brain-computer interface (BCI) neurochip to play games. I drew my inspiration from the hand movement of Professor-X, from X-men, when he uses his psychic powers.

The first impression we were given of a cyborg was from the 70s television series, The Six Million Dollar Man. It featured an astronaut who was injured when his spaceship exploded on re-entry. The doctors gave him a bionic eye, arm and legs. This image was later enhanced when improved technology for movies gave robots full range of motion in The Terminator series. Robots had “skin” and looked and behaved like humans. The “latest” iteration of the cyborg came from the 1999 Matrix series. In that scenario, robots were the masters. Humans were plugged into a cerebral reality with memories and sensory stimulations mapped directly into their brains.

That may seem like a scary scenario – until you consider the possibilities of immersive gaming.

In 2016, billionaire technopreneur Elon Musk started Neuralink, a secret science lab-company that set out to build a high-bandwidth, implantable brain-computer interface (BCI). Toward the end of 2020 — in spite of the pandemic — the chief of Space X, Tesla and The Boring Company demonstrated to the world its “working neuralink device”.

As much as this sounds like science fiction, scientists have experimented with brain manipulation since the 1950s. At the turn of this century, monkeys were taught to move artificial arms just by thinking about it. Since about 15 years ago, paralysed people have been using their thoughts to control computers and assistive devices — and in Nathan Copeland’s case, play video games.

Gaming developers have been chasing immersive gaming for a long time. From powerful gaming PCs to consoles that uses gestures (think Wii, Xbox Kinect, PlayStation@Move) to Virtual Reality headsets and Augmented Reality games like the popular Pokemon Go. The next big gaming move will be with BCIs.

What gamer has not fantasied about playing in a game-room, ala the Holodeck in Star Trek? In fact, Microsoft tried to sell the immersive environment not once but twice, with the Illumiroom and RoomAlive from as far back as 2013.

When Musk was asked if Neuralink could be used in gaming, the tech mogul said ‘yes’ resolutely. We know a few gamers who would plug into a game—like in the movie Matrix—if the option were open.

Ahead of the game

From the turn of the last decade, developers have adapted classic games such as Tetris, Pacman, Pinball and even the World of Warcraft for BCI using Electroenceophalography (EEG). These were mentioned in a paper that studied P300 BCI-based Virtual Reality games on the cognitive functions of human volunteers.

The study showed BCI games could be used to rehabilitate patients with mild mental disorders and the elderly. Subjects that used it found increased cognitive functions, where the researchers posit the possibilities of using BCI in educational tasks or used in attention training.

Valve, the company behind gaming platform, Steam, is throwing its weight behind the new use of the technology. It wants to remove the “middle-man”, or the gaming controller. “What if you didn’t have to remember (game combinations)? What if you could just think about what you wanted to do and it happened? Wouldn’t that change how you play games,” said Mike Ambinder, a researcher and psychologist at Valve.

Neurable, which demonstrated its BCI game in 2017, was given US$6 million (S$7.9 million) last year to design the everyday BCI for consumers. Today’s innovations have allowed for a leaner device with smaller and fewer sensors. Neurable also claims its design allows it to cut noise in data gathering — something other companies cannot do.

However, some scientists are afraid BCI in gaming may backfire, where the game ends up controlling our brains. When Copeland logs on with his BCI, he is able to send neurological signals to his robotic arm. Sensors on the arm then send pulses back to his brain, bringing with it “feelings” of “tingling, pressure, warmth, tapping and vibrations”. It sounds like Copeland was describing touch — but one that is created artificially.

Scientists are worried that a two-way signal relay, including artificially created synapses, to the brain may have long term effects, such as causing addiction. The gaming industry has long been plagued by people who claim games can be addictive. It does not need a new charge to hang over its head. When impulses are sent directly to the brain centre, the risk of addiction is significantly magnified. 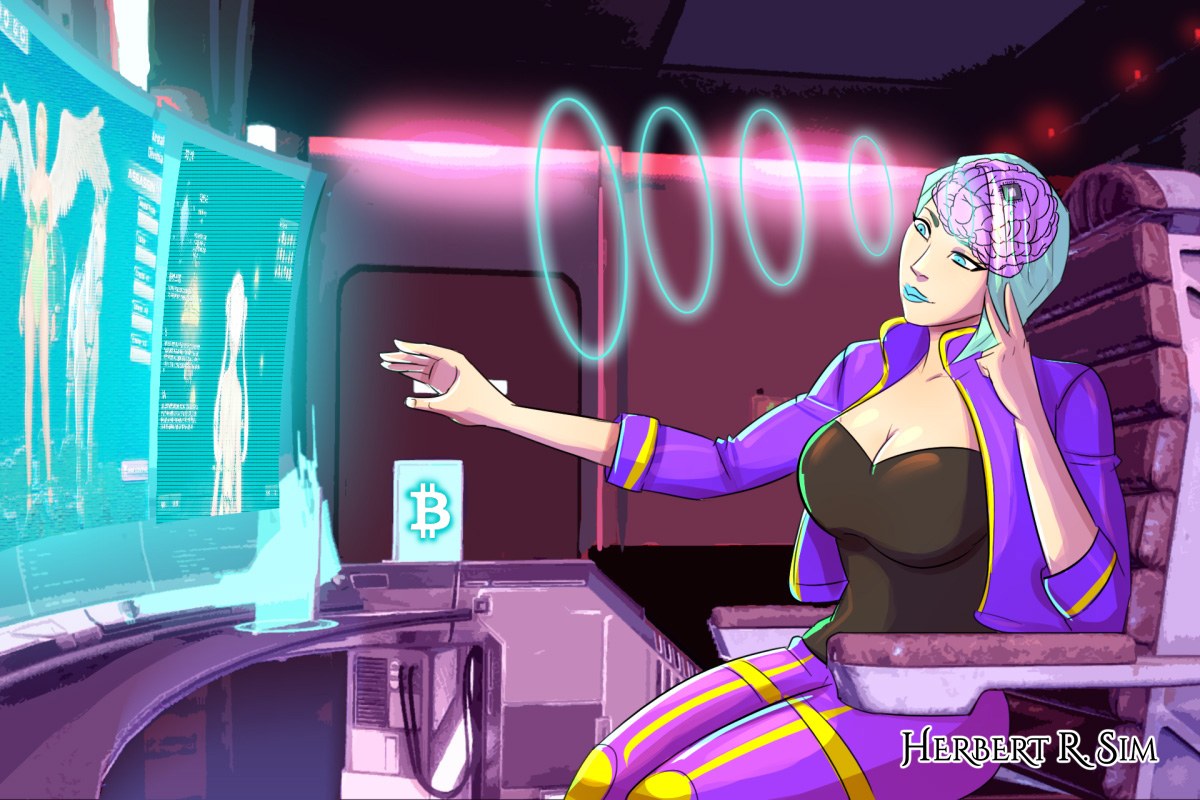 In my final illustration, I decided to have her sitting down casually enjoying the gameplay, customizing her game avatar, using the neurochip in her brain. If you noticed carefully, I also added the Bitcoin logo, to symbolize gaming FinTech payments utilizing cryptocurrency.

Promised with an immersive gaming platform, gamers will plug directly into virtual realities. To “live” in this alternate reality, they would need ways to transact, trade and to create an online identity. We have talked about implanted chips that could put security, finance and data at your fingertips. With BCI, the tech is already in your brain.

However, invasive technology will not totally be accepted at the outright. Some states in the United States have already passed laws that stops employers from demanding workers get chipped—just in case. The truth of it is the march towards BCI will be altruistic at the onset. No one will eye technology suspiciously if it aims to help humanity. Some steps are already taking place to condition us to the habit of scanning our heads and palms. How many of you have naturally pointed your forehead or palms as you enter a supermarket or mall?

When BCI or microchipped technology finally arrives, no one will know it—or we may be cocooned in a cubicle with our heads plugged into a supercomputer.

Copeland refuses to indulge in negatives. The technology affords him freedom and dignity. “Eventually, it will get to a stage where someone who doesn’t need (a BCI) could have it. That will open up a whole new genre or space for people to be gaming in,” he advised.