What’s Next For China With Its Digital Yuan? 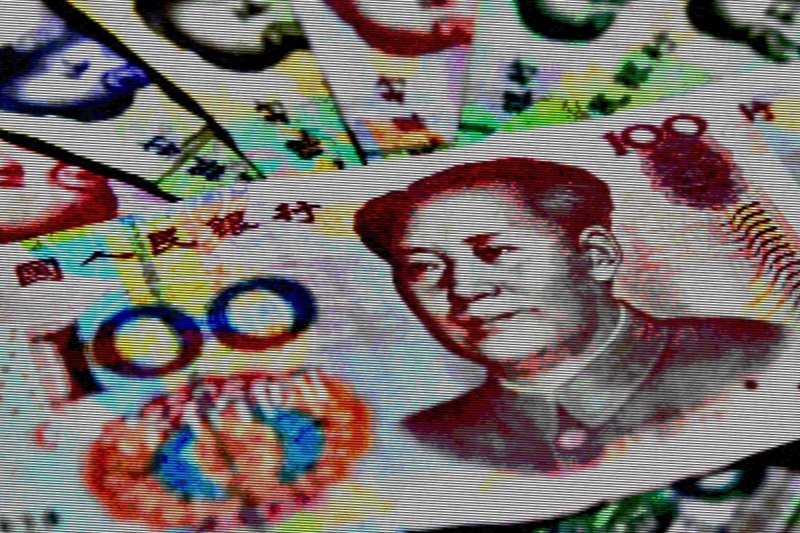 This article was First Published on Investing.com

As the world enters a state of panic and flux, the Coronavirus scare has delayed the launch of the central bank digital currency (CBDC). Much of the groundwork has been already laid out, which is a huge boon. According to the vice director of the Advanced Research Institute of Blockchain at the Yangtze Delta Region Institute of Technology, Cao Yin, preparation has been “both technological and theoretical.”

This strong roadmap, policy and tech experts believe, has a strong rate of success as it’s exchanged digitally, and not hand-to-hand, according to Bitcoinerx. However, despite the pessimistic outlook outlined by the Advanced Research Institute of Blockchain, China’s yuan is not expected to be considered under Libra’s stable of assets. The debate is on as to how or whether China’s central banks should issue their own digital currency, according to the South China Morning Post.

Considerable concerns include Libra unintentionally backing the advancement of the US dollar as the globally dominant currency and the crackdown of the People’s Bank of China on cryptocurrencies such as bitcoin while it pursues developing its own sovereign digital currency. According to London-based WIRED, China’s moves in this arena will help to shape the future of digital currencies, swerving them dramatically away from the decentralised ideals that spurred their creation.

In a recent survey from Ipsos MORI, China didn’t fare significantly among states with central banks as trusted institutions. In the developed world, technology companies are considered untrustworthy, which some may interpret as bad news for the Libra project. In terms of payment characteristics, throughout the world, people rank safety as the most important feature by far. The conclusion is that digital money is attractive in emerging markets, but less so in developed economies.

India and Malaysia show a very strong inclination towards central bank digital currencies (CBDC), whereas sentiment in the U.S., Germany and Italy is on average negative. China was missing from the CBDC results which would be pertinent given its DC/EP pilots. Here, we examine how else the Chinese economy could maintain its stronghold and dominance across areas of global instability.

Chinese policy choice puts a dent on the global markets

Going into 2020, Chinese authorities are delicately balancing multiple objectives and could surprise markets in a variety of ways. China’s 2015-2016 experience in managing the yuan shows that even smaller technical policy errors made by leaders could have world-wide implications. Together with the researchers at Crypto Chain University, we believe 2020 offers at least two arenas for potential miscalculation, either in China’s broader geopolitical ambitions or in the management of the domestic financial system.

For the US-Chinese trade de-escalation to hold throughout the year, China must continue to keep its trade negotiations separate from other likely sources of tension with the US. However, Beijing could make decisions that could upset this sensitive balance.

Notably, the Hong Kong protests could continue to escalate, and in extreme scenarios, we could see China using force to quell the unrest. In turn, this could compel the US (and possibly Europe) to respond, which could reverse progress made on the trade front. Similarly, there is room for Chinese reactions to Taiwan’s January election results to be perceived as provocative, leading to a sudden escalation with Taiwan and its supporters.

Deleveraging the Chinese financial system requires equally delicate balancing. Beijing has allowed more credit defaults to take place (a positive trend), but the risk of a default shock persists, which could lead to broader credit retrenchments. Some evidence of this is already present. Last May, in its first bank seizure since 1998, the Chinese government guaranteed deposits but negotiated settlements for larger liabilities.

In this context, Chinese leaders face no easy task in ensuring an ample supply of easy money to help its transition into becoming a global economic powerhouse while also maintaining its financial discipline.

A digital yuan could allow some countries to avoid U.S. sanctions and increase the Chinese government’s influence, experts told CNBC financial television. The People’s Bank of China is working on a digital yuan but has released very few details about the technology behind it or the timeline of its release.

But experts are concerned about the potential power this could give the Chinese government. Neha Narula, director of the Digital Currency Initiative at the Massachusetts Institute of Technology (MIT), described a simulation that took part in November involving a number of people including Larry Summers and former U.S. Secretary of Defense Ash Carter. It was organised by Harvard Kennedy School’s Belfer Center. Narula was part of the simulation.

The participants simulated a White House National Security Council meeting in response to a major security crisis. One of the situations involved North Korea developing a missile that had the capability to reach the U.S. It was funded by the digital yuan which allowed North Korea to bypass the global banking system and U.S. sanctions.

Digital transformation has always been and stays an utmost priority

Chinese bankers argue that blockchain’s largest potential lies in changing the core standards of the global financial system. This re-emergence of China’s clout will have an impact upon the foundational system of the existing global banking system and the relationship between participants.

Several months ago, Cointelegraph reported that a new, independently-developed blockchain-based smart city identification system was jointly launched by three institutes based in the city of Shijiazhuang in North China’s Hebei Province. Over 10 million blockchain-based invoices were successfully issued in China’s tech capital Shenzhen.

Meanwhile, Wired was entirely spot on when they reported that this may be the year we see the world’s first sovereign digital currency. First discussed more than five years ago, China’s DCEP (short for Digital Currency/Electronic Payments) has now witnessed completion.

According to Crypto Briefing, the central bank has publicly accepted this is a closed system, drawing on the example of Bitcoin to differentiate between a decentralised digital currency and centrally-managed currency. There have been some false starts; reports initially said there was a chance it would be released countrywide by November 11, while Caijing, a large domestic finance magazine, thought it would be debuted in Shenzhen before the end of 2019.

DCEP allows China to push forward into the digital era, while still retaining control over its financial instruments. Mu, of the Central Bank, has been explicit in saying that the motivation for the bank to produce DCEP has been “to protect our monetary sovereignty and legal currency status.” The former NDRC member noted that Libra, Facebook’s long mooted digital currency that is currently facing regulatory challenges in the US, had been singled out as a particular threat that China wanted to get ahead of.

Part of the backdrop of these moves has been the trade war and China’s desire to try to decouple from the US-dollar dominated financial system. “When we trade with the Philippines,” the former NDRC member says, “and we use the regular financial system, both of us convert into dollars. It’s the US who benefits on that trade.”

As China expands trade globally as part of the belt and road initiative, DCEP has the potential for China to carve out significant financial autonomy and less exposure to the US. China’s moves in this arena will help to shape the future of digital currencies, swerving them dramatically away from the decentralised ideals that spurred their creation. As the NDRC member noted, “it’s crypto with Chinese characteristics.”

China to possibly set precedence for other central banks globally

China could set itself up as a global powerhouse leading the way for countries looking to introduce their own digital currencies, with as many as 80% of global central banks that are looking into digital currencies.

A recent paper by the Bank of International Settlements (BIS) has indicated that the number of central banks investigating digital currencies could be much higher than previously estimated.

The January report titled ‘Impending arrival – a sequel to the survey on central bank digital currency’ delves into CBDCs and the increased priority that they are having for global banks.

The study found that globally, emerging market economies are moving from conceptual research to intensive practical development, driven by stronger motivations than those of advanced economy central banks, which could put China as a framework and governance leader for banks of other nation-states.

It added that central banks representing a fifth of the world’s population stated they are likely to issue the first CBDCs within the next few years.

Cash is still king in the majority of emerging markets but governments are striving to migrate to a cashless society in many of them.

The survey builds on previous research into CBDCs revealing that a wide variety of motivations drives extensive central bank research and experimentation on digital currencies.

A challenging and promising path ahead for China’s digital currency

Unlike cryptocurrencies such as Bitcoin, though, dealing in the digital yuan won’t have any presumption of total anonymity, and its value will be as stable as the physical yuan, which will be sticking around too. Some questions remain, including the impact on commercial banks as well as Big Tech companies such as Ant Financial and Tencent Holdings Ltd. that already offer payment services. Behind China’s rush is a desire to manage technological change on its own terms. As one PBOC official put it, currency isn’t only an economic issue, it’s also about sovereignty.