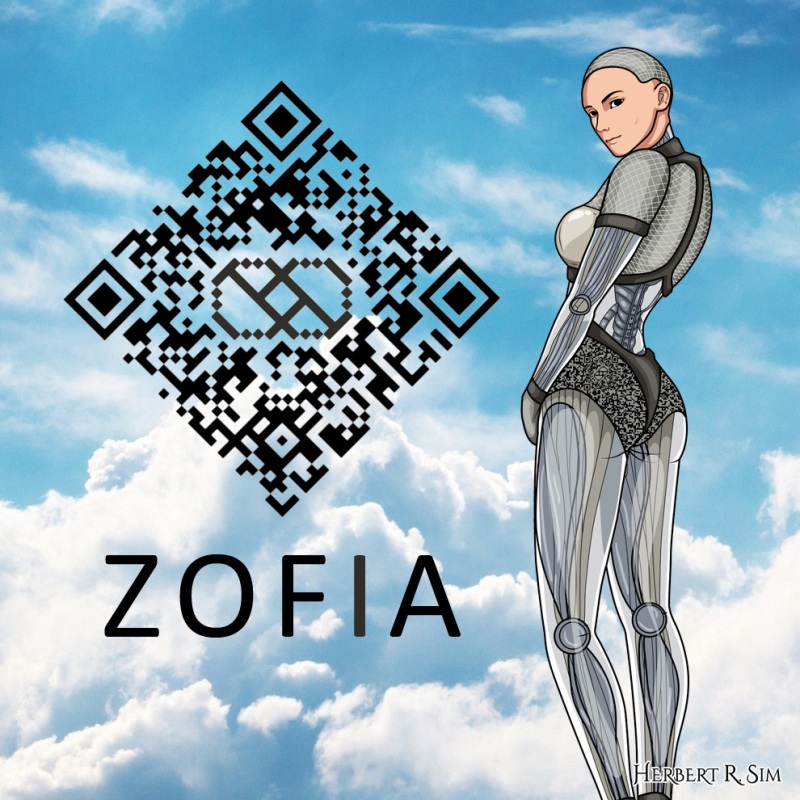 A close-up illustration of a female artificial intelligence robot named ZOFIA, a Polish variant of name Sophia. The name of Lieutenant Zofia in Command and Conquer (my favorite computer game during my teen years), played by Aleksandra Kaniak. I first drew her back in November last year.

The science fiction movie Ex Machina, which came out earlier this year to rave reviews, raised profound questions about Artificial Intelligence (AI) and what it means to be human, a theme I previously discussed. In the film, a computer programmer is invited to unwittingly administer the Turing test to an intelligent humanoid robot played by Alicia Vikander, who received critical acclaim for her performance.

The Turing test was developed by Alan Turing, the pioneer of computing, as a test of a machine’s ability to exhibit intelligent behaviour, like a human. The conversation about AI aside, another interesting aspect of the movie that caught the eye was the hardware featured – specifically, the robotics of the life-like humanoid robots.

It begs the question: are the robotics in Ex Machina and other works of science fiction already available in the real world? How advanced is robotics today in terms of the sophistication of its mechanics, modalities of movement, and ability to perform tasks that humans (or other living things) can?

Disappointingly, it appears that the sophisticated and realistic humanoid bodies seen in the movie are probably decades from realisation. The development of robotics capabilities is very much an ongoing endeavour.

That said, it does not mean that robots aren’t currently capable of doing some useful and remarkable things.

The robot was originally conceived as a work of artistic imagination. The idea of a ‘robot’ was the brainchild of the Czech playwright Karel Čapek, who introduced it in his 1920 hit play, RUR, or Rossum’s Universal Robots. The word ‘roboti’, drawn from the Old Church Slavonic language, was used to refer to workers which were mass-produced using technology but lacked a soul.

What defines a robot? This is a question with many possible answers, depending on who is asked. There is also no fixed answer as robotics technology constantly evolves. One such definition would be a machine designed to execute one or more tasks automatically with speed and precision. A more elegant definition by some experts is a machine that senses, thinks, acts and communicates. 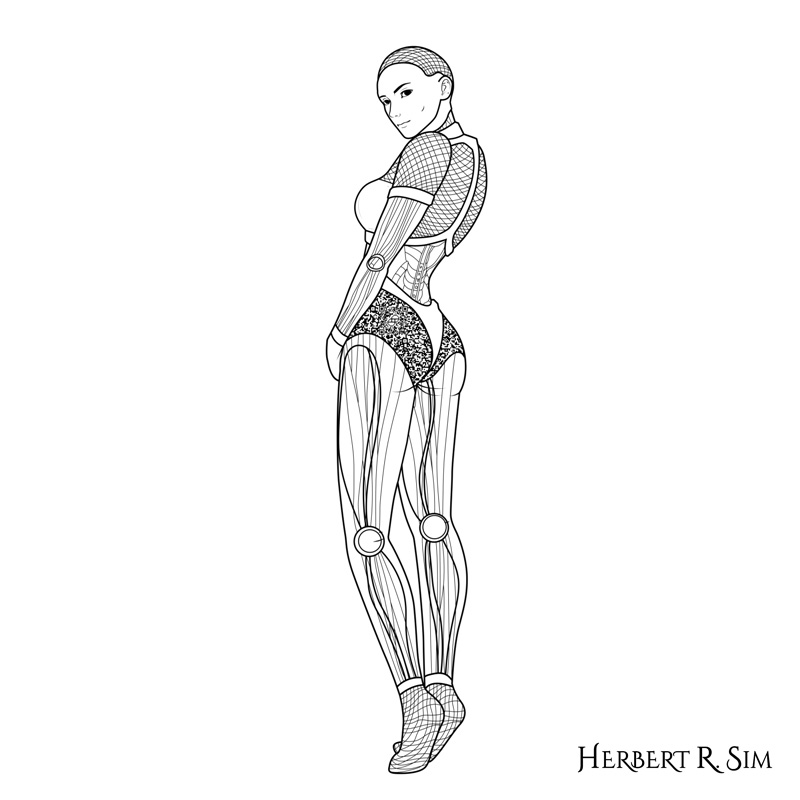 During the sketch process, of the female artificial intelligence robot, if you look closely enough, you’ll notice that the QR code itself is camouflaged subtly into the illustration itself. Guess where it is? 😋

The robot takes many forms depending on the task required of them and the environment they operate in. Naturally, humans are a major design reference; two-legged humanoid robots that walk and move in a manner similar to humans, and interact with people, are a common type of robot.

Actoid-SIT is a life-like robot that functions autonomously, and can talk and gesture while interacting with people. It has the ability to make eye contact and gesture in the direction of the person it is communicating with, and can even perform sign language. The AI capabilities of Actoid-SIT are such that if interrupted, it is able to stop doing what it is doing and respond to an interaction.

Robot designs also draw inspiration from the animal kingdom. Google-owned robot maker Boston Dynamics has an impressive collection of four-legged robots designed to resemble animals. A robotic dog named Spot, unveiled earlier this year, moves much like its real-life counterpart and has a remarkable sense of balance (watch the video to believe it). Even when kicked by company employees trying to topple it, Spot simply staggers sideways a few steps and easily regains its footing (this does not justify animal cruelty in any way though).

A larger model named BigDog can walk up slopes as steep as 35 degrees and navigate through snow, water and muddy hiking trails.

Robotics technology can be put to use in a wide range of important areas such as saving and securing lives.

In disaster assistance and emergency response, robots such as Boston Dynamics’ four-legged models can be deployed in disaster zones for life-saving search and rescue missions. Robots such as Spot and BigDog can reach areas where it is too unsafe or physically impossible for humans to get to. They also do not tire like humans if a constant supply of power is ensured.

The need for more capable robots in disaster assistance roles became much more pressing with disasters such as the 2011 Fukushima disaster where humans were not able to go anywhere near the affected nuclear power plants due to radioactivity.

During the crisis, when employees at the nuclear power plant needed to open some valves to release steam to avoid an explosion, they could not get close enough, or fast enough, due to the extremely high radiation levels. The disaster could have been much less worse if robots had been available to perform such tasks.

To that end, the US Pentagon’s DARPA (Defence Advanced Research Projects Agency) organises a robotics rescue competition to challenge robotics teams from all over the world in performing rescue-related tasks such as driving a vehicle, climbing a ladder, removing debris, and pulling open a lever-handled door. A humanoid robot named S-One from Schaft, a Japanese start-up acquired by Google, blew away the competition in 2013.

Always looking to be on the cutting-edge, the defence sector has shown great interest in robotics capabilities. Boston Dynamics has partnered with DARPA, the US Navy, Army and the Marines to explore robotics applications in the military context.

In September 2015, DARPA announced that it was running simulated combat tests with Marines accompanied by Spot robots. Being light and nimble, Spot is thought to be suited to scouting missions, or ferrying small items for soldiers back and forth, particularly in difficult terrain. Its low noise levels also mean it could be deployed for stealth operations.

The larger and stronger BigDog model is conceived as a robotic pack mule that could carry heavy loads and accompany soldiers on missions. 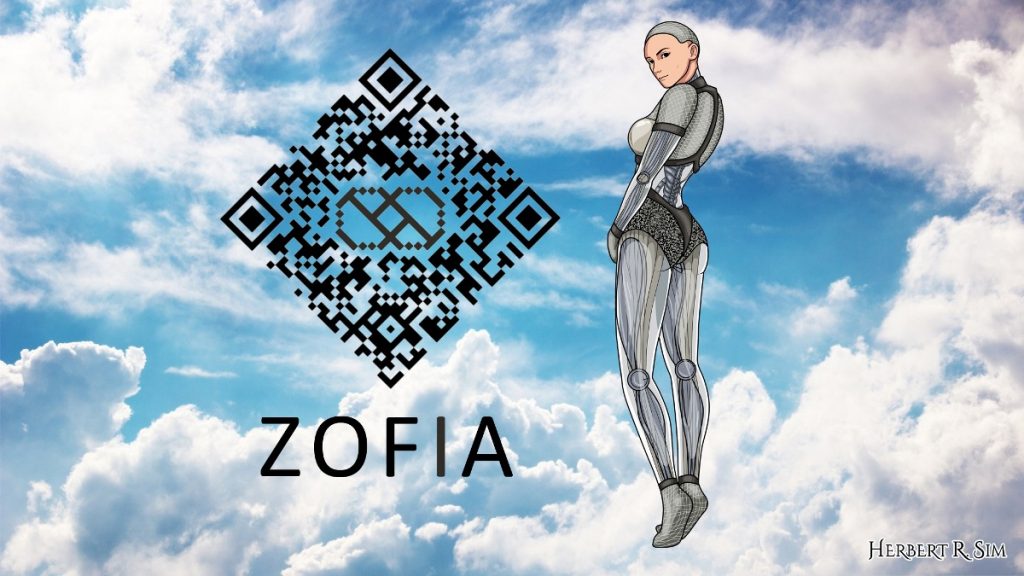 The illustration was completed imposing on the background of clouds, with significant meaning, towards that of the future while referencing popular story of Terminator, “Sky”net, pun intended.

A third area that robots come in handy is in service, much like the robots in Ex Machina. A service robot is one that is partially- or fully-autonomous in performing services for the well-being of humans and equipment.

Personal service robots include vacuum cleaning and lawn-mowing robots, elder care and medical companions, and entertainment and leisure robots. Examples include Asimo, designed by Japanese carmaker Honda, which is dexterous enough to perform tasks like picking up a container of liquid and twisting off the cap, or holding a soft paper cup without squashing it.

Or NAO, a 58 cm tall humanoid robot designed to be a friendly companion that can teach children, wake one up in the morning, or monitor the home when nobody is around. The day could come when such service robots are as indispensable to us as AI-equipped smartphones.

Robots might not be quite so close to what is shown in the movies, but one must admit, they have come a long way from being an imagined creation in a play from the 1920s.