Revelation 12: The Woman, the Child, and the Dragon 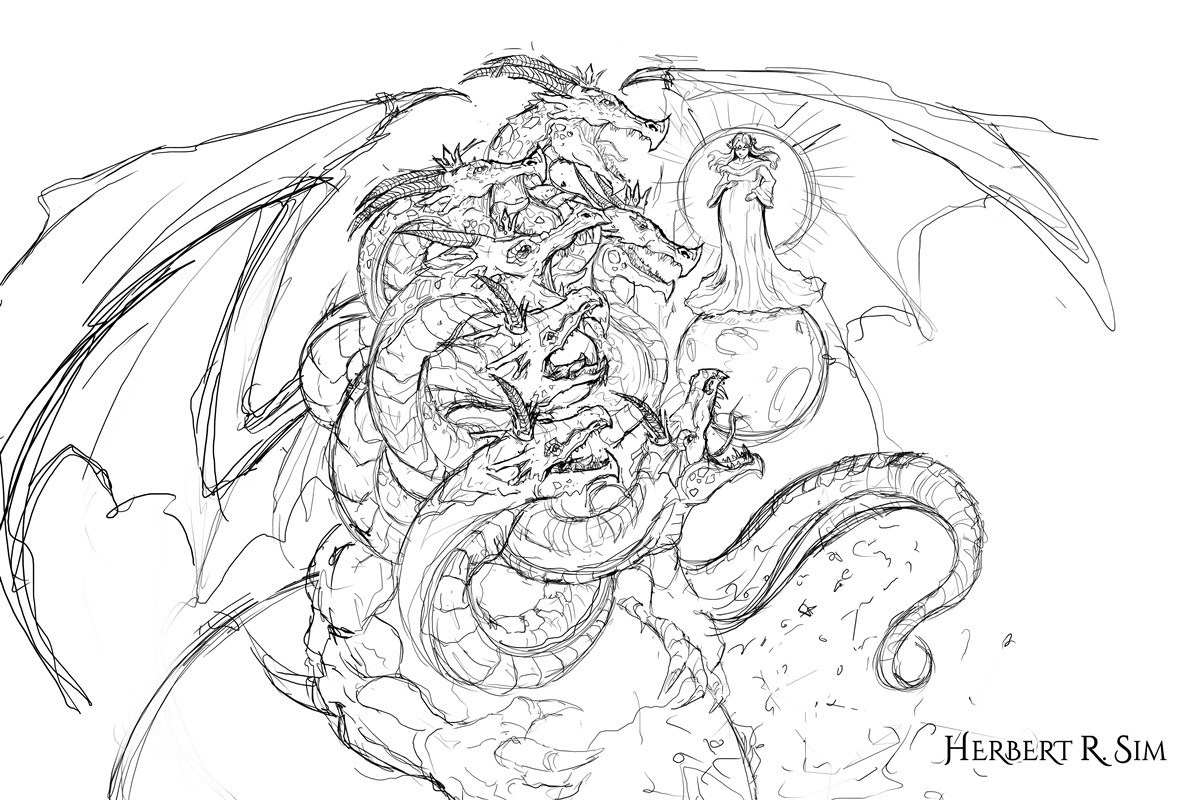 Here above, I attempt to depict a chapter in the Bible, in the book of Revelation, where it speaks about a DRAGON!

Just a disclaimer before I start, I am NOT a theologian, neither do I claim to be an expert, it is my own Revelation, possibly from God, while studying the book, and chapter. You are free to have your own thoughts, and/or to agree or disagree with my theories.

The common interpretation of this chapter is as stated on Wikipedia, they call this woman, The Woman of the Apocalypse. The Woman of the Apocalypse is widely identified as the Virgin Mary. This interpretation is held by the ancient Church as well as in the medieval and modern Roman Catholic Church. This view does not negate the alternative interpretation of the Woman representing the Church, as in modern Catholic dogma, Mary is herself considered both the Mother of God and the Mother of the Church.

My theory however is vastly or completely different from the above. The Woman here is the nation of Israel, and the Child is Jesus Christ, and the Dragon is the Devil.

The Woman, the Child, and the Dragon

1 Now a great sign appeared in heaven: a woman clothed with the sun, with the moon under her feet, and on her head a garland of twelve stars. 2 Then being with child, she cried out in labor and in pain to give birth.

3 And another sign appeared in heaven: behold, a great, fiery red dragon having seven heads and ten horns, and seven diadems on his heads. 4 His tail drew a third of the stars of heaven and threw them to the earth. And the dragon stood before the woman who was ready to give birth, to devour her Child as soon as it was born. 5 She bore a male Child who was to rule all nations with a rod of iron. And her Child was caught up to God and His throne. 6 Then the woman fled into the wilderness, where she has a place prepared by God, that they should feed her there one thousand two hundred and sixty days. 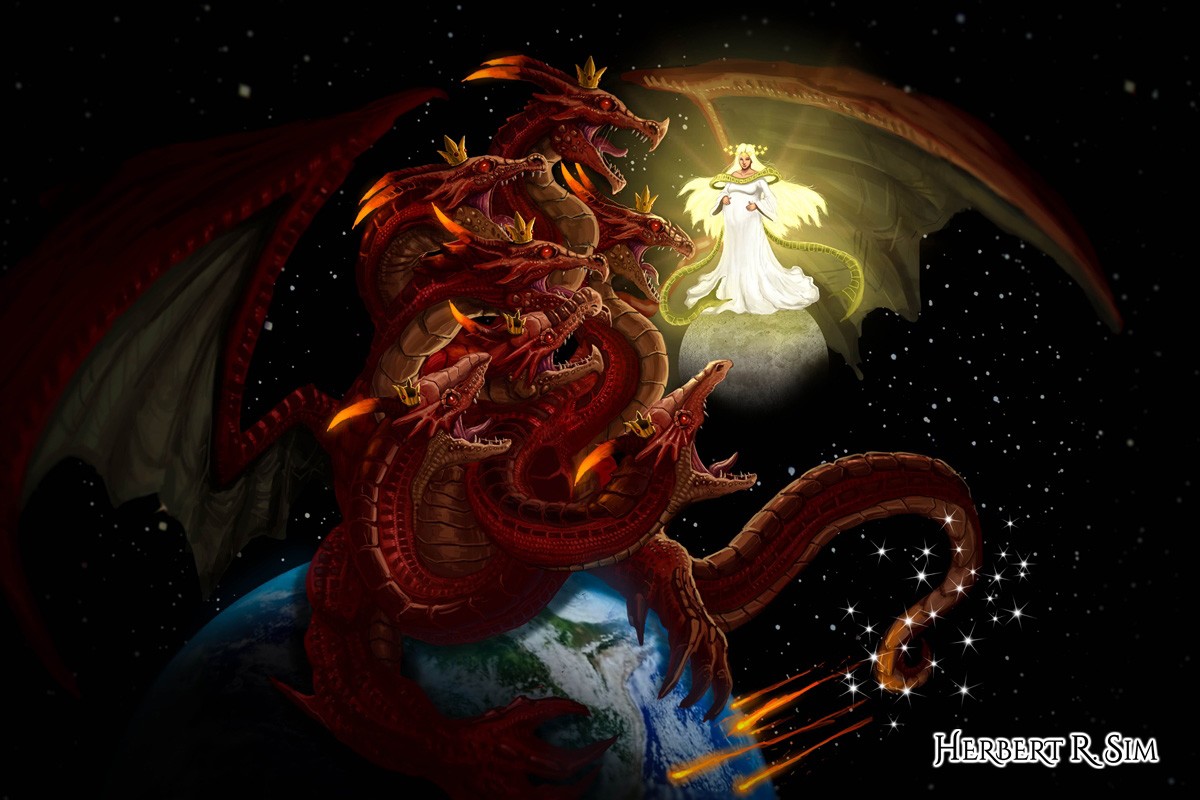 Notice the every detail that I attempt to capture within the illustration itself – a woman clothed with the sun, with the moon under her feet, and on her head a garland of twelve stars; a fiery red dragon having seven heads and ten horns, and seven diadems on his heads; his tail threw the stars onto earth.