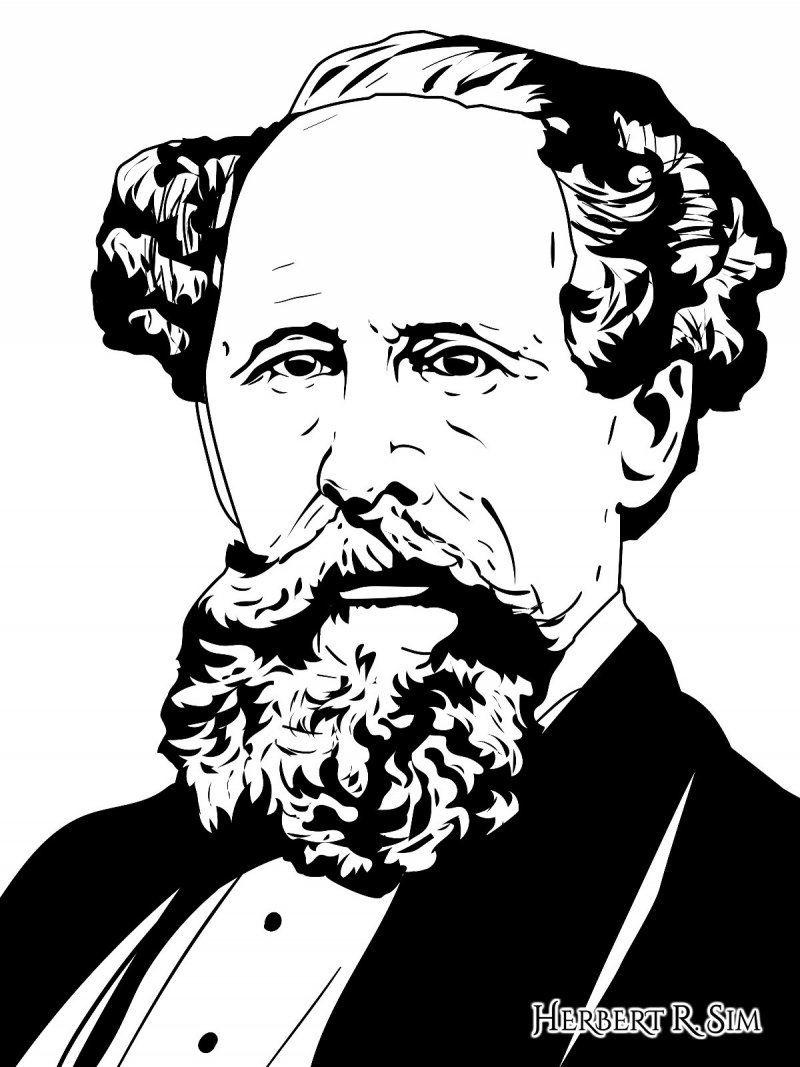 Referencing a few portrait profile shots of Charles Dickens via google, I produced the above digital illustration sketch.

Charles Dickens is one of the most important writers of the 19th Century. But his influence goes far beyond just literature. Many of his phrases, characters and ideas have engrained themselves in modern culture.

There is a lot to learn from this man often described as “the man who invented Christmas”. One of the things Dickens cared about most was those at the bottom. He was one of the first to offer an unflinching look at the underclass and the poverty stricken in Victorian London.

I have often wondered if this was an area in which he had some experience in. Reading autobiographies of him, it was more than once mentioned that the young Dickens worked in a cousin’s shop, pasting labels on blacking bottles for six shillings a week. After he became famous, Dickens helped popularise the term “red tape” to describe the bureaucracy in positions of power that particularly hurt the weak and poor.

Did you know that interestingly enough, the word “Dickensian” has now become the easiest word to describe an unacceptable level of poverty. Look it up, it’s there.

While everyone from Gwyneth Paltrow to Miss Piggy has taken a role in a film adaptation of Dickens’s work, many argue that he was as instrumental in creating the conventions of cinema as he was for inspiring the content itself.

Now this I find very interesting because Russian film director and theorist Sergei Eisenstein said that important aspects of cinema were created by the influence of Dickens on pioneering film director DW Griffith.

No wonder many budding writers make Charles Dickens a source of inspiration. It was after all him, Dickens, whom invented, among other things, the parallel montage – where two stories run alongside each other – and the close-up.

A Christmas Carol was published 178 years ago, on December 19, 1843. The book took Charles Dickens just six weeks to write, during which time he wrote intensely and fanatically, only stopping to take occasional long walks through London in the early hours of the morning to clear his head. Less than two weeks after he completed it, the manuscript went to print; the first 6000 copies had sold out by Christmas Eve.

Something by far the most impressive work I have read written and delivered in such a short time. That kind of perseverance and tenacity is difficult to ignore. How every writer knows too well the struggles of timelines and writer’s block, it is unbecoming to be able to deliver such substance at such speed. 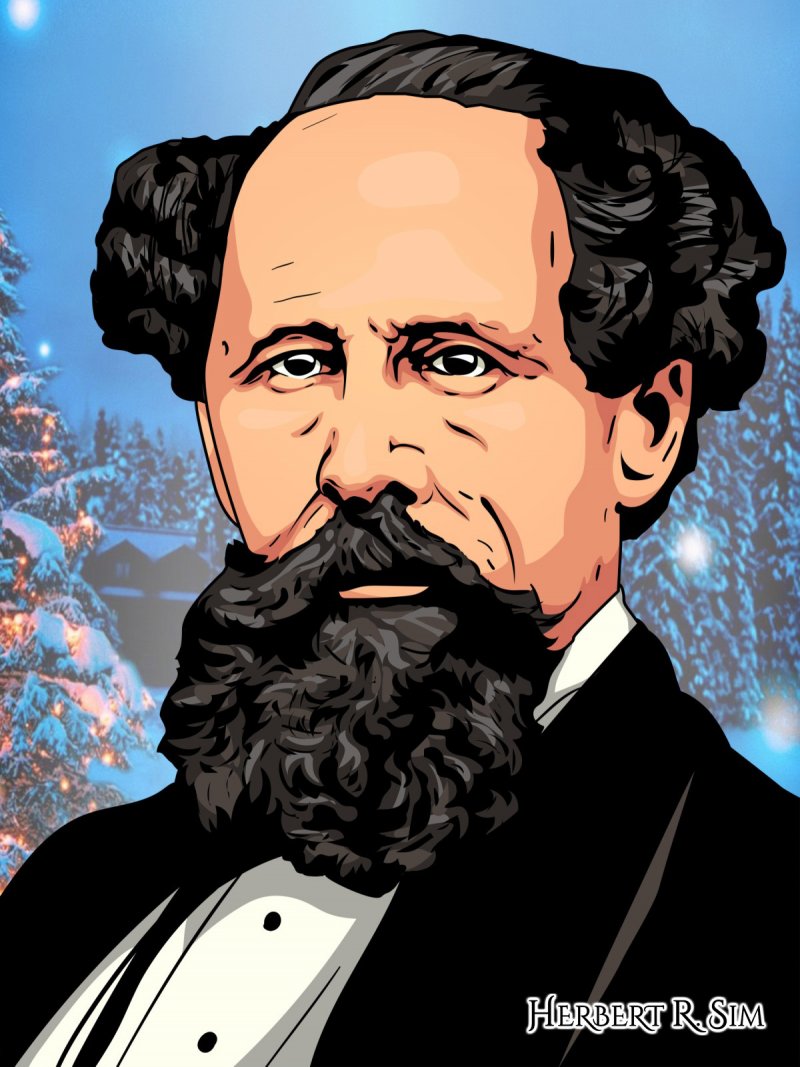 Above is my final digital illustration of Charles Dickens.