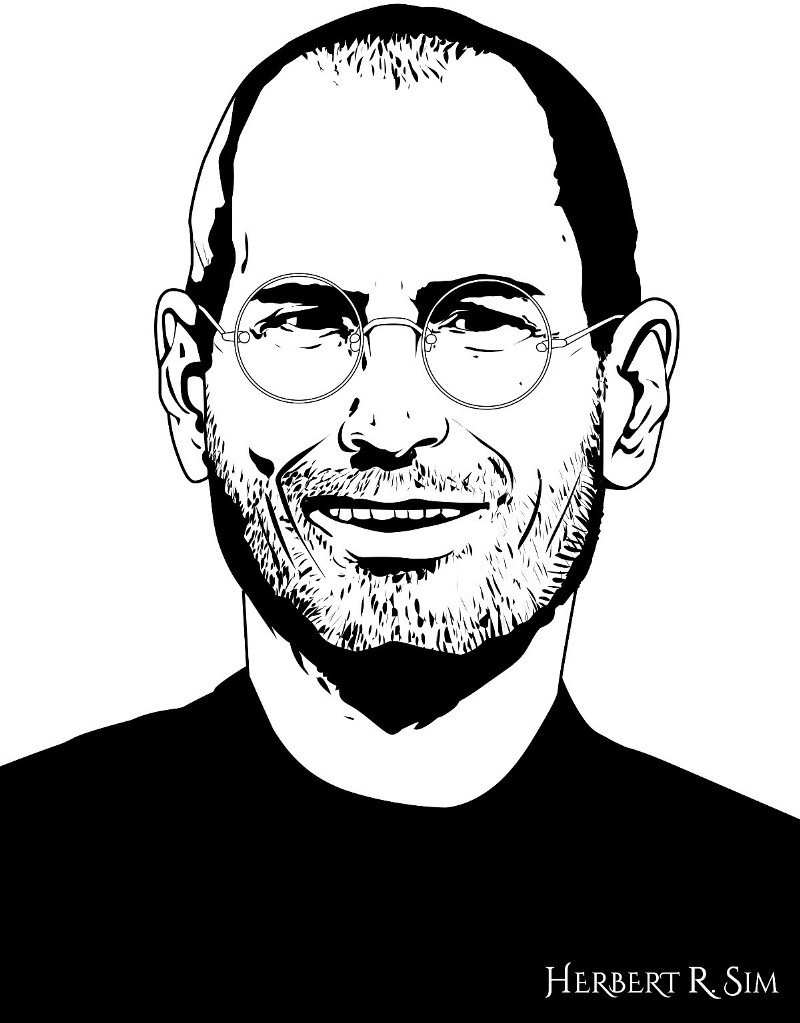 Referencing this portrait of Steve Jobs, I digitally produced this digital illustration sketch.

The minute I say the name Steve Jobs, it is very likely that 9 out of 10 people would nod their head knowing who he is.

I was once speaking at a university and there was a famous saying of Jobs which I quoted: “Have the courage to follow your heart and intuition”

Immediately someone from the back of the large hall shouted ‘Steve Jobs!’. That’s how much his words contained wealth of wisdom and inspire people to think radically different.

His gift of questioning often forced people to re-examine their lives and their businesses. I’m sure many of you have heard of the story of how Jobs challenged then-Pepsi president John Sculley to do some real soul-searching.

“Do you want to sell sugar water for the rest of his life or come with me and change the world?” Jobs asked. Sculley once said the question landed “like a punch to the gut.”

One article in particular that I read, was that Jobs did not ask his team to build a retail store so Apple could sell more products and increase its market share. Instead Jobs asked, “How can we reinvent the store?” The question forced his team to think outside of the entire category.

Like him, I too have learned the art of questioning. To make a difference, I question myself, I question my team. To dream big and to see the bigger picture. How can this change the way things are? How can that improve the life of others? When will technology take a twist into that direction? From questions, comes the passion to find answers.

How simple that was but yet amazingly haunting. The key lies in simplicity. Just like how the man lived his life, he had the instinct to simplify things by zeroing in on their essences and eliminating unnecessary components.

Steve Jobs (February 24, 1955 – October 5, 2011) learned to admire simplicity when he was working the night shift at Atari as a college dropout. Did you know that Atari’s games came with no manual and needed to be uncomplicated enough that a stoned freshman could figure them out?

His love of simplicity in design was refined at design conferences he attended at the Aspen Institute in the late 1970s on a campus built in the Bauhaus style, which emphasized clean lines and functional design devoid of frills or distractions.

So much so, it has influenced my love for architecture. I see buildings and designs in a very unique form. Always at the back of my mind, reminded of how Jobs himself looked at designs. Line by line. Curve by curve. Such magnificent beauty that we all call buildings.

In one of his tributes when he passed on, Dick Costolo, the CEO of Twitter said, “Once in a rare while, somebody comes along who doesn’t just raise the bar, they create an entirely new standard of measurement.”

His legacy will extend far beyond the products he created or the businesses he built. It will be the millions of people he inspired, the lives he changed and the culture he defined.

He was an original. Something of which we all can aspire to be. He saw true potential in everything he touched and never compromised on that vision while others simply accepted the status quo.

Unfortunately, the world doesn’t work that way. To experience the anti-status quo is to make a conscious decision to reject staying the same to make way for better things to come. Be it as an individual or an organization, or for a business.

To me personally, Steve Jobs was simply the greatest CEO of his generation. He was a very special person, and he didn’t get to where he was by having people like him all the time. He got to where he was because he had a vision and a purpose. 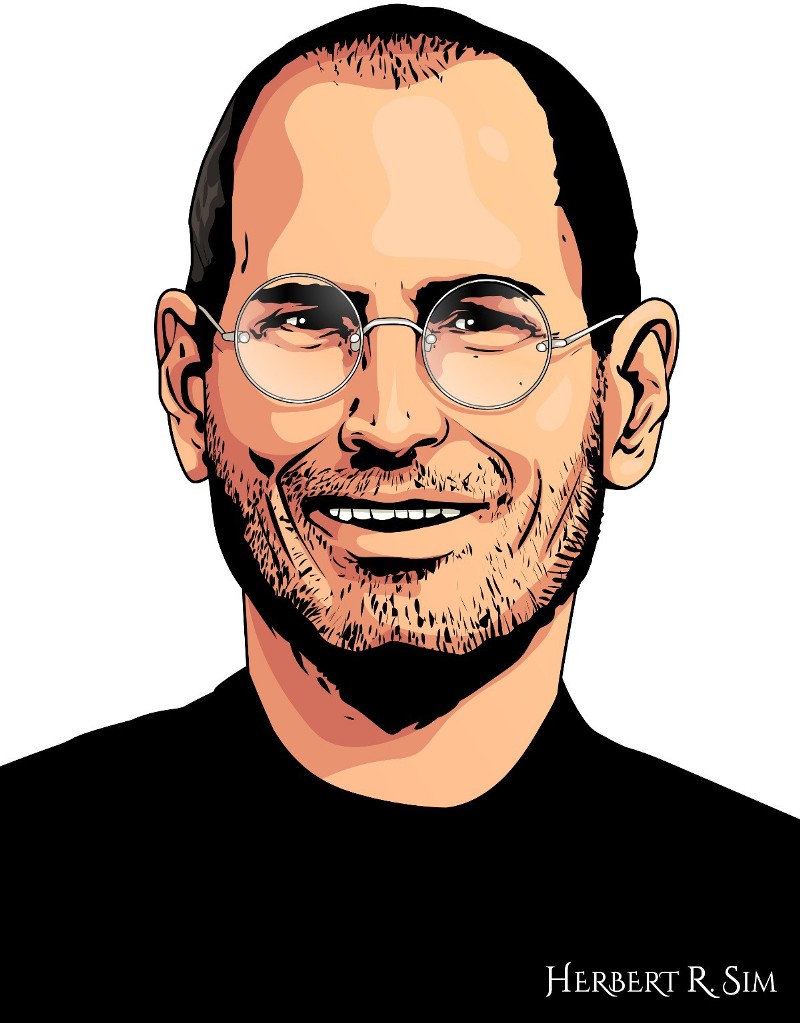 Above is my final digital illustration of Steve Jobs.