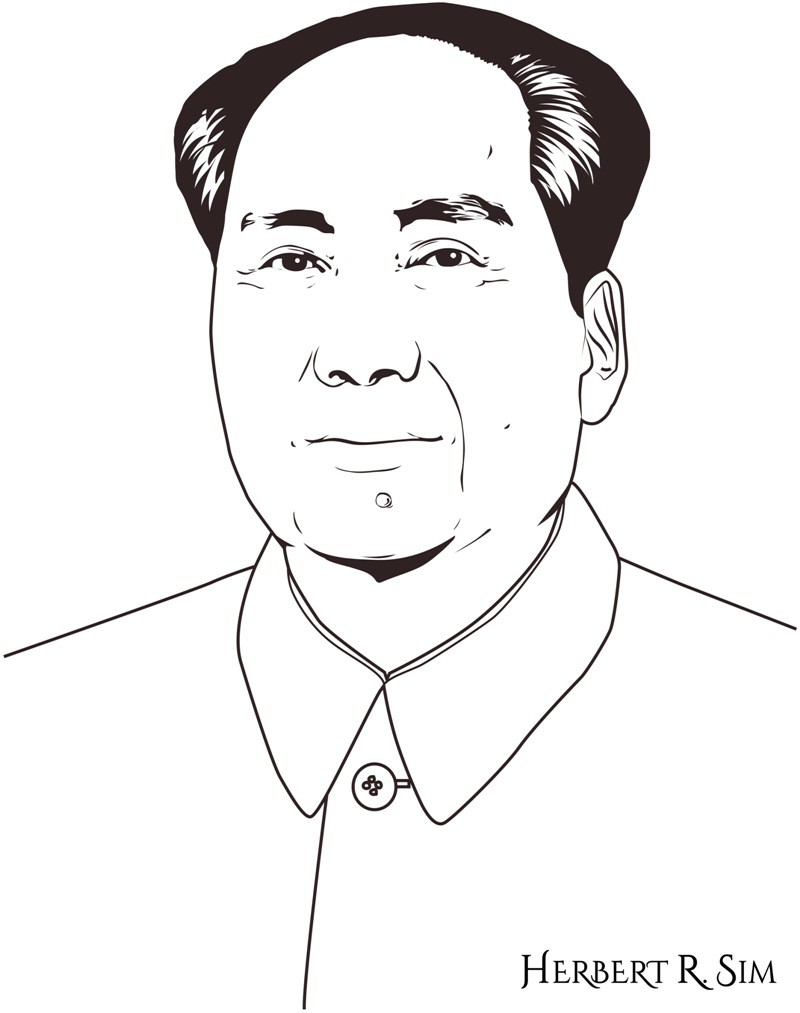 Referencing this portrait of Mao Zedong via Getty Images, I digitally produced this digital illustration sketch. This photo was chosen because of the subtle smile, and father figure aura that was exuded.

Some of us know his as Mao Zedong (December 26, 1893 – September 9, 1976), some of us know him as Mao Tse Tung. The spellings may differ, but it all points to 1 man. Chairman Mao. He is one of the many greatest figures in my heart. A great pity that people of my age can only get to know about him through television or history books.

There would be no justice to introduce a man by merely mentioning the posts he held or just by the titles he earned in his lifetime. His stature was much much much bigger than that. Where do I even begin. How would anything I pen down do justice to him and his legacy?

I can try by first mentioning of his accomplishments or how he reformed China. But still not quite there yet. There are not many 20th century figures that are more controversial than Mao Zedong. This was a man who essentially ruled China with an iron fist for a number of decades. Of course whether or not these accomplishments are good or bad depends on who you ask.

Mao is well known across the world, people either admire him as a hero, or distaste him as an evil dictator. Many of these biased points of view are very often based on untrue stories or ideological stereotypes, and debates and controversies are never absent on this subject. But then again which world leader is free of debatable controversies wrapped with silk pigeonholes?

What differentiates Chairman Mao compared to the other world leaders is that he was actually born into fairly comfortable circumstances. Yet for some reason, Mao Zedong was not someone who was going to settle.

The idea that he wanted to come out of his comfort zone totally blew me away. Here is a man who had everything and beyond was more interested in being a revolutionary.

It takes being inspired to a whole different level. History books teach us that due to one’s surrounding, one then challenges the norm. So how is it so that Chairman Mao’s surrounding made him want to challenge the norm?

Aspiring to follow his footsteps by challenging the norm, I too want to be a revolutionary. Not in terms of war but in terms of embracing ideas and concepts more closely related to our ideals. The Cultural Revolution as an example, the impact and result of this massive turmoil is still emerging because of the very existence of him embracing ideas and concepts not thought about at that time, which could be a cornerstone of China’s super-fast modernization afterwards.

When Mao began to see considerable potential in using peasants to create a powerful, nationalized Communist community, he rocked the boat of norms. He received tremendous back-lash but he never gave in. We too consistently received back-last when we rock certain boats that deem uncommon to society. Should we give up and give in? The answer is most definitely no. Proceed. Stay focus. Endure. Never give up.

It was during his time that Mao, being a socialist leader, supported complete liberation of women. He constantly wrote about gender equality in his articles, he lectured, and he encouraged women to participate in the revolution. He wrote “Women hold up half the sky”, that until this day it was still remembered worldwide.

Reading about these young, energetic, educated, persistent women in historical materials always make me tremendously happy and touched. If it wasn’t for him, where would our independent strong women with their own mind and thoughts be now? Sure we’re had 1 or 2 icons fight for women rights but never as aggressive and as empowering as Chairman Mao.

Up to this very point, to me, it’s safe to say that Mao Zedong is a savior of the Chinese civilization of the 20th century. He turned a failing country into a politically independent, economically developing and socially progressing nation. No one you know now will be able to disregard China as a power house. With blooming economy and financial technology brains, China is truly a source to be reckoned with.

“You will forever be the pride of the Chinese nation” 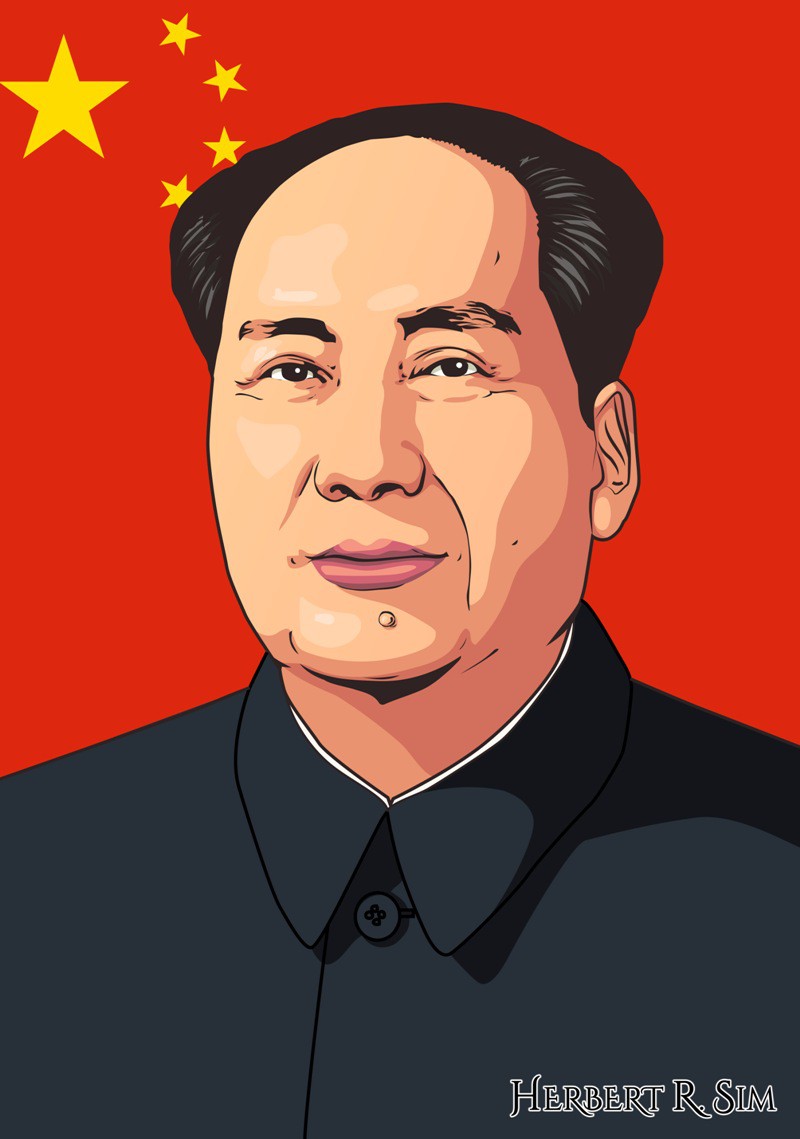 Above is my final digital illustration of Mao Zedong. With the China flag in the background. The red represents the communist revolution; the five stars and their relationship represent the unity of the Chinese people under the leadership of the Communist Party of China (CPC).