God’s Gift of Bitcoin to Adam 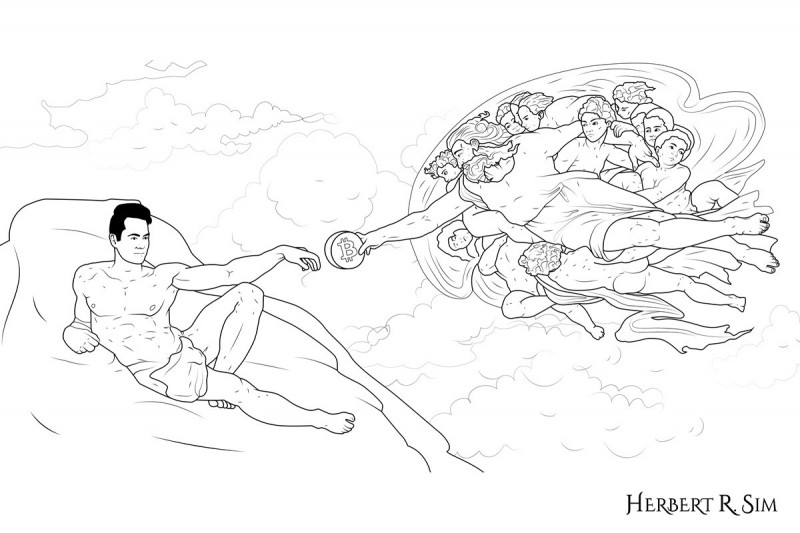 The above and below are my sketch and illustration entitled “God’s Gift of Bitcoin to Adam“, of which you may already know is inspired by the all renown “The Creation of Adam” fresco by Michelangelo, which forms part of the Sistine Chapel’s ceiling, painted c. 1508–1512.

It illustrates the Biblical creation narrative from the Book of Genesis in which God gives life to Adam, the first man.

Here, two figures dominate the scene: God on the right, and Adam on the left. God is shown inside a floating nebulous form made up of  drapery and other figures.  The form is supported on angels who fly without wings, but whose flight is made clear by the drapery which whips out from underneath them.

God is depicted as an elderly, yet muscular, man with grey hair and a long beard which react to the forward movement of flight. Rather than wearing royal garments and depicted as an all-powerful ruler, he wears only a light tunic which leaves much of his arms and legs exposed.  One might say this is a much more intimate portrait of God because he is shown in a state that is not untouchable and remote from Man, but one which is accessible to him.

Unlike the figure of God, who is outstretched and aloft, Adam is depicted as a lounging figure who rather lackadaisically responds to God’s imminent touch.  This touch will not only give life to Adam, but will give life to all mankind.  It is, therefore, the birth of the human race.

In my illustration, I shifted the focus towards that of God giving Adam the Gift of BITCOIN. 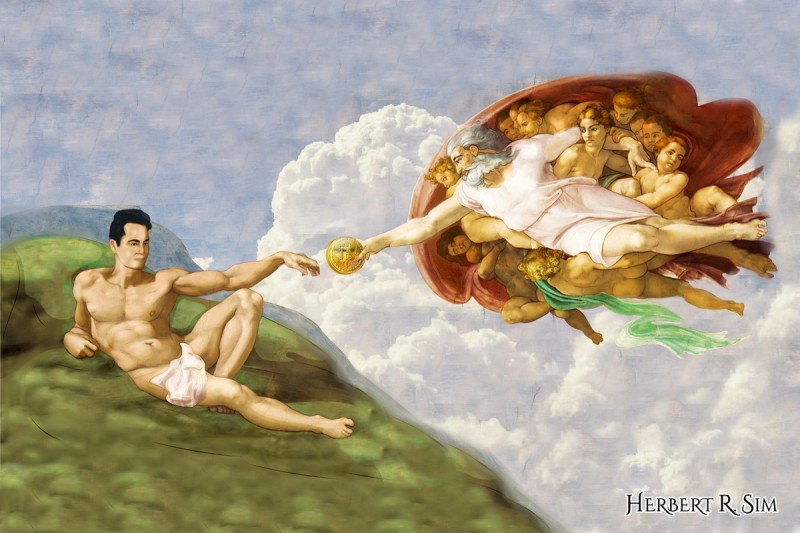 Bitcoin was birth from the release of a whitepaper written by a person or group named ‘Satoshi Nakamoto‘, entitled “Bitcoin: A Peer-to-Peer Electronic Cash System“, published live on October 31, 2008. No one knows whom this Satoshi Nakamoto is, and my theory is, there is a possibility that this technology of both CryptoCurrency (Bitcoin) and Blockchain Technology, is a gift from divine powers – God himself.

I kept as much resemblance to Michelangelo’s “Creation of Adam” fresco as much as possible.

With Adam’s body forms a concave shape which echoes the form of God’s body, which is in a convex posture inside the nebulous, floating form.  This correspondence of one form to the other seems to underscore the larger idea of Man corresponding to God; that is, it seems to reflect the idea that Man has been created in the image and likeness of God – an idea with which Michelangelo had to have been familiar.

One of the questions that has been raised about this scene is the identity of the figures next to God.  Given her privileged placement under the arm of God, the female figure is presumably an important one.  Traditionally, she has been thought to be Eve, the future wife of Adam, who waits to the side until she is created out of Adam’s rib.  More recently, however, a theory has been floated that this is actually the Virgin Mary, who takes this place of honor next to God and the child next to her, who would therefore be the Christ Child.  This view is supported by the placement of God’s fingers on the child – the same fingers that the priest would use to raise the Eucharist during the Mass.  Since Catholic theology holds that the Eucharist is the Body of Christ, this theological understanding would be embodied in this painting.  If this latter interpretation is correct, the Creation of Adam would be intrinsically linked to the future coming of Christ, who comes to reconcile man after the sin of Adam.

In all, the painting shows several hallmarks of Michelangelo’s painting style: the lounging position of both Adam and God, the use of bodies which are both muscular and twisting, and the painting of figures who come across as works of sculpture.

, edited by William Wallace
Steinberg, Leo. “Who’s Who in Michelangelo’s Creation of Adam: A Chronology of the Picture’s Reluctant Self-Revelation.” Art Bulletin (1992): 552-566. 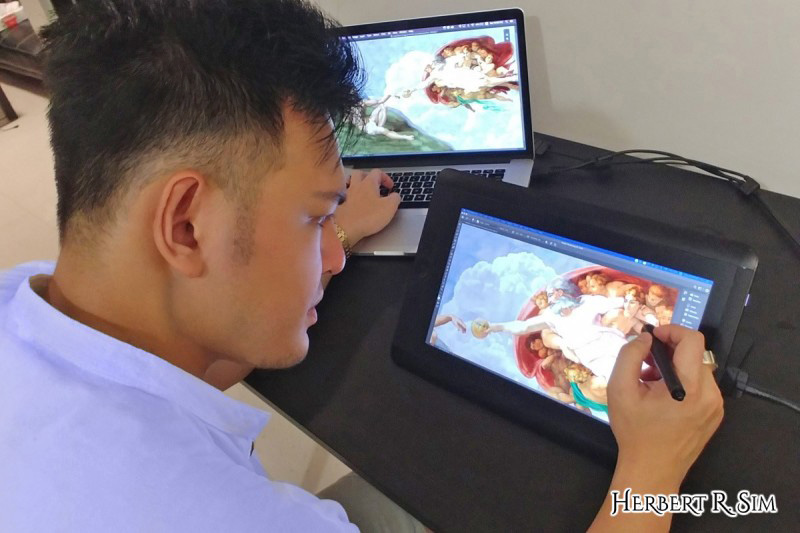