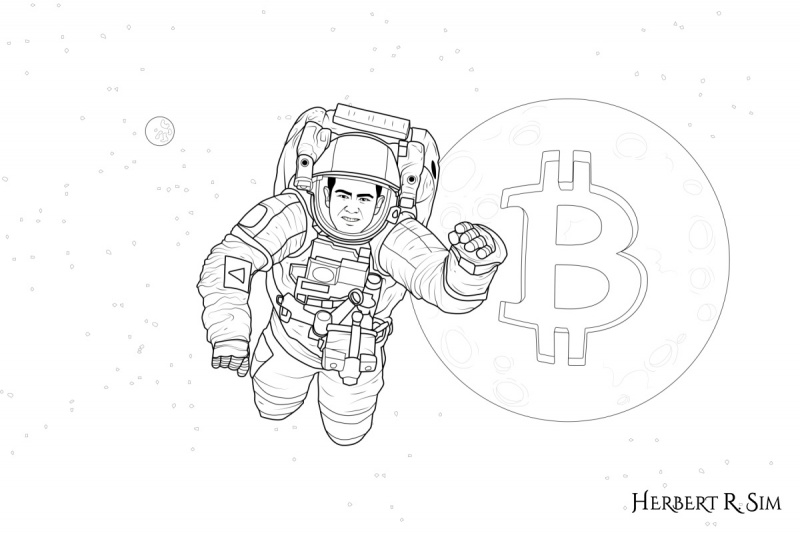 Above my attempt to depict the all famous terminology for Crypto, “Bitcoin, To The Moon”. Where you want your coin to pass by on its way to Mars. Mooning is when a coin goes on a “run” (AKA bull run). That is when the price goes up quick. The opposite is a crash, correction, or dip.

The subject of outer space has been making headlines of late thanks to the proposal by US President Donald Trump for a United States Space Force as a new branch of the US military. If the Space Force does materialise, it will become the sixth armed forces branch in the US, joining the Navy, Army, Marine Corps, Air Force and Coast Guard. It also underscores the burgeoning importance of space in Earthly affairs.

The Space Force will focus on national security, and preserving the satellites and vehicles that are dedicated to international communications and observation. Talk of the Space Force has been exciting news to fans of space-based science fiction such as Star Wars and military buffs alike, who imagine high-tech weaponry and elite soldiers doing battle in the wide and wondrous expanse of outer space.

But behind the headlines, in actual fact, many countries in the world such as the US, China and Russia as well as private enterprises have sophisticated space-based capabilities, be it for national defence, space communication or space exploration. And a crucial technology that enables the pursuit of mankind’s mastery of outer space is Artificial Intelligence (AI).

Given the proliferation of data collection that takes place in technological devices, one of the next big things in geospatial intelligence is tiny black boxes aboard satellites that can crunch massive amounts of data in space and offer instant analysis. Real-time geospatial data processing and analysis is considered the ‘holy grail’ in military intelligence.

Signals technology company Slingshot Aerospace, a company that works on such data-crunching AI technology, is one among many that are trying to help the military “see through the ‘fog of data’ in situations when they have to make decisions very quickly.” Slingshot is developing a cloud-based platform that collates data from many types of sensors and uses machine learning algorithms to “extract information.” Its end goal, according to Melanie Stricklan, co-founder of Slingshot, is to “have AI in a small chip on board spacecraft.”

With so much data being gathered by remote sensing satellites, the desired future is to move the computing to space. Although that capability is seen to be some way off by industry experts, AI looks to be a major part of the solution. This impetus to operationalise AI is one reason the US Department of Defence has committed $10 billion in investments to modernise its cloud computing platforms, which are crucial to algorithm developers and geospatial analytical companies.

Communication is vital in achieving successful outcomes in almost any field of work. More so when that work is done in the highly-challenging field of outer space. Throughout its history of space exploration, US National Aeronautics and Space Administration (NASA) spacecraft have typically relied on human-controlled radio systems to communicate with Earth. As collection of space data intensifies, NASA is turning to cognitive radio – the infusion of AI into space communications networks to meet demand and increase efficiency.

Modern space communications systems use complex software to support science and space exploration missions. Through the application of AI and machine learning, satellites are able to control these systems seamlessly, making real-time decisions without awaiting instruction.

Essentially, software-defined radios like cognitive radio use AI to employ underutilised portions of the electromagnetic spectrum without human intervention. Such AI-based cognitive technologies are envisaged to make communications networks more efficient and resilient for missions exploring the depths of space.

Cognitive radio could mitigate the unique challenges that the space environment presents such as electromagnetic radiation emitted by the sun and other celestial bodies that fills space with noise and can interrupt certain communication frequencies. Cognitive radio applications could transmit outside the range of the interference or cancel distortions within the range using machine learning. 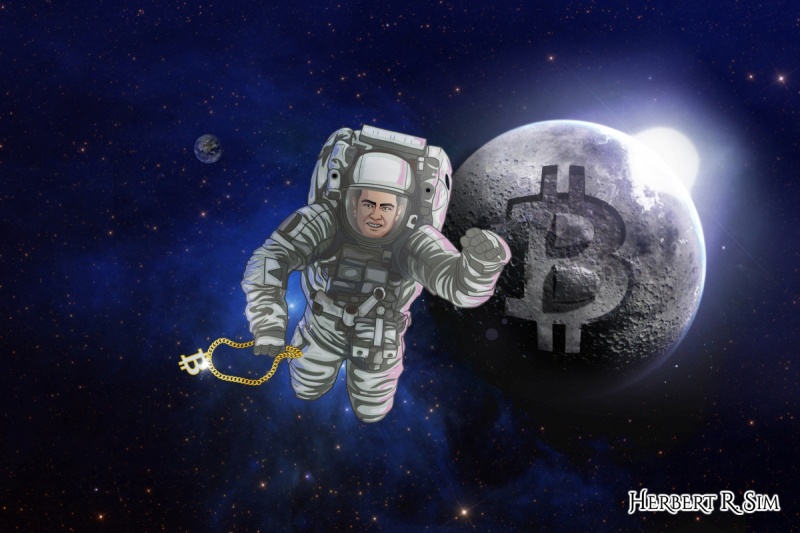 And of course, whom better to take Bitcoin to the moon, but TheBitcoinMan himself.

When a Mars explorer rover needs to communicate with Earth, it takes up to 24 minutes for the signal to travel between the two planets, each way. That is an awfully long time to have to wait. And why engineers are increasingly giving space robots the ability and autonomy to make their own decisions.

For a long time, space robots have been able to control certain onboard systems such as power usage. But AI is now giving rovers and orbiters the ability to collect and analyse science data, and decide what information to send back to Earth, all without any human input.

Since May 2016, NASA has been testing out an autonomous system on the Curiosity rover, which was sent to explore the Gale crater on Mars. The system, named AEGIS (Autonomous Exploration for Gathering Increased Science) has been reported to be working well, and to have the potential to speed up scientific discoveries.

AEGIS was initially developed for the Opportunity rover on Mars in 2010 to help it identify and capture pictures of boulders. But since then, it has been improved to discriminate specific materials. The AEGIS team is also working on adding more flexibility that enables space bots on Mars to point, select targets, and initiate follow-up measurements. AI will play an integral role in unravelling the mysteries of the Red Planet, and maybe other planets in future.

Whether Space Force will become a reality remains to be seen, but we can be sure that AI is fast establishing itself as a force in space that is able to help humans achieve feats never previously thought possible. 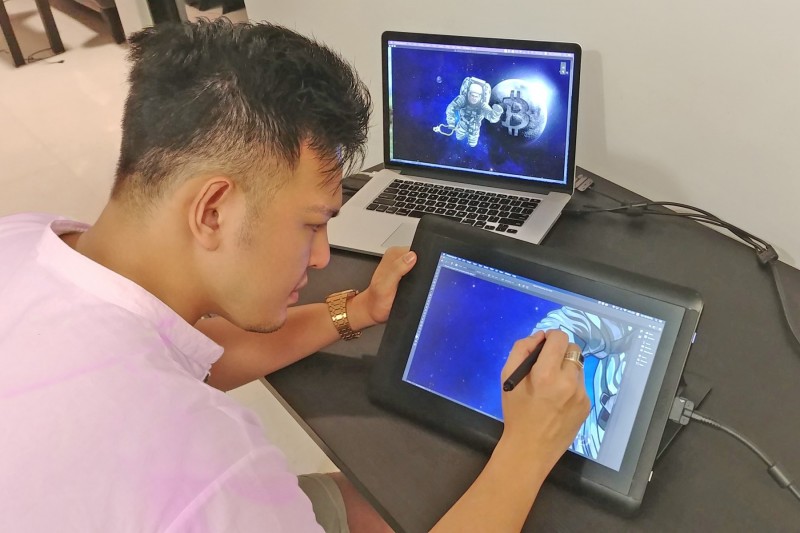