Blockchain in Art and Luxury: The Real Deal 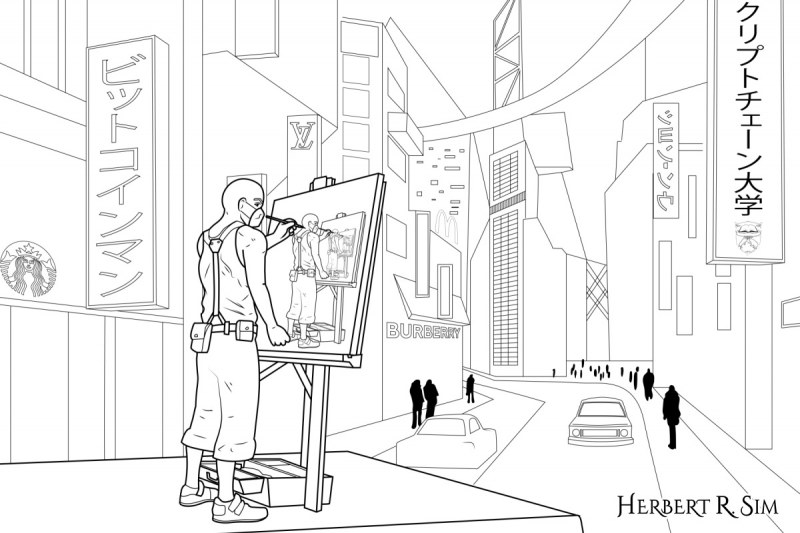 In my latest illustration, I depict a street artist painting on the streets of tokyo in cyberpunk style – science fiction set in a lawless subculture of an oppressive society dominated by computer technology, in this case – Blockchain and Cryptocurrency.

These records are reflective of an art market that is booming. The total value of the global art market surpassed €51 billion in 2014, a 7% increase from the previous year and its highest ever level according to estimates in the 2015 Art Market Report.

The luxury goods market operates on similarly large magnitudes. According to market research company Boston Consulting Group–Ipsos, the value of the global luxury market in 2015 was a whopping $1.8 trillion.

However, both markets face challenges in a number of areas. Forgery and counterfeiting are unfortunately rife in the art and luxury world, where authenticity and quality are absolute necessities. Another challenge is provenance. Given the lack of transparency in both markets, it is hard to trace who bought what, where it is currently held, and to identify who the rightful owner is. Moreover, as the art market in particular is regularly used for money laundering purposes, there is an added imperative for art and luxury good markets to be more transparent and accountable to consumers and other stakeholders.

Enter blockchain technology, which shows great potential in providing a solution to these challenges.

Stephan Vogler, an artist and entrepreneur based in Germany, thinks the blockchain may be the answer to the art world’s perennial problem of authenticity. By placing a hash value – a set of cryptographic functions that enable people to identify data – on a work of digital art on the blockchain, an artist can enable potential buyers to verify that the artwork has been licensed and is indeed authentic.

Monegraph, a collaborative project between New York University professor Kevin McCoy and technologist Anil Dash, offers a blockchain-based solution based on such a concept. Artists can secure their digital property by logging it in the Namecoin blockchain. Buyers want to buy original pieces of art and not inauthentic copies. And in this day and age, a major problem for artists who create digital works is that they are easily copied. This means no scarcity, which hurts the art market. Monegraph uses cryptographic technology in blockchain to ensure such scarcity exists in online art.

Monegraph uses existing social media accounts as an identifier that appears on the blockchain, which is certainly a unique approach. To use the service, users sign in via Twitter and enter the URL location of a digital asset such as artwork, and pay a small network fee for the Twitter account and URL to be placed on the blockchain.

The ability to use blockchain to prove ownership of digital artwork could be useful to protect the intellectual property of all kinds of artwork. While legal complexities currently exist, the legal system will in due time need to become familiar with the use of cryptographic hashes as a form of verification. Professor McCoy acknowledges that mediation of ownership disputes is still a concern with this technology, but believes that the best way for blockchain certification to gain greater usage is through services like Monegraph.

Here is a GIF of my coloring work-in-progress, the focus of the illustration, is the inception — a painting within a painting, within another painting, etc…

Another startup in this emerging space is Verisart, which was co-founded by Robert Norton, previously the chief executive officer of two online art-commerce sites (Saatchi Online and Sedition). Verisart’s ambitious goal is to digitize and verify every original art object ever made by assigning each creation an undisputable certificate of authenticity.

In the process, each artwork’s provenance is to be created step-by-step by its owners, who add their e-mail addresses to an artwork’s data when they purchase one. Looking ahead to the Verisart project’s second phase, Norton plans to catalogue older artwork by extending the verification service to online sites and artists’ estates.

Similar blockchain-driven initiatives have taken off in the luxury space, which faces the problem of counterfeits. According to the International AntiCounterfeiting Coalition, one estimate of the value of counterfeit and pirated products amounted to an eye-watering $1.77 trillion. As a case in point last year, the French conglomerate Kering – which owns brands such as Gucci and Brioni – sued Alibaba on the grounds that the e-commerce giant facilitated the distribution of fake products.

A solution to this would be if consumers were able to scan a bag or shoe, and then confirm if the product had indeed come from the company on its label, or if it was a cheap knockoff.

A company named Blockchain Tech intends to give that power to consumers and manufacturers. The company uses blockchain to create a secure registry that can verify the authenticity and provenance of luxury products. The system acts like a passport, documenting the travels of a product from the factory, to the store and to its buyer.

According to Guy Halford-Thompson, founder of Blockchain Tech, rightful owners will have a code and each product will also have a code. When they are matched up, they will authenticate with each other.

However, this innovative system will only succeed if players in the luxury industry such as manufacturers and retailers actually adopt the technology. On a positive note, Blockchain Tech expects to roll out a deployment of its system this year and it is already working with a luxury brand. 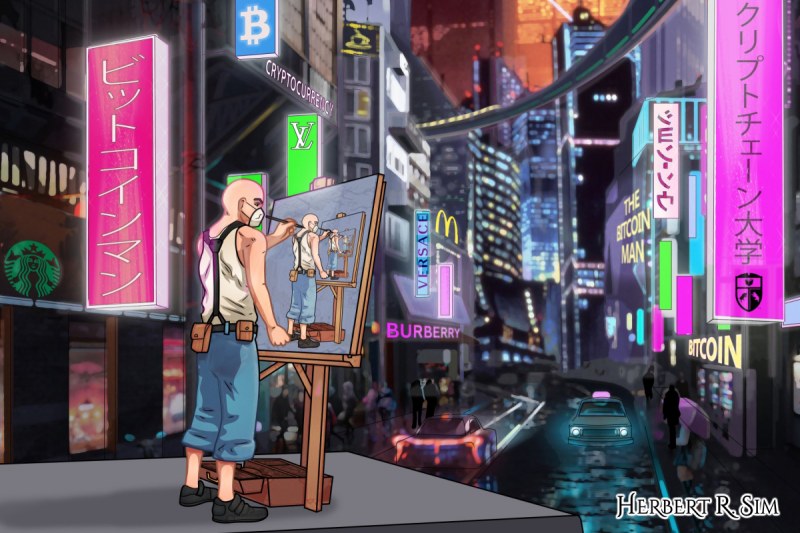 Developing a solution along the same vein is San Francisco-based technology startup Chronicled Inc., which is building a consumer authentication platform to eliminate counterfeits through the use of smart labels.

Chronicled is combining RFID tags linked to the blockchain and the tap of a mobile phone to validate luxury goods. This approach also provides brands and retailers with a new platform to engage with consumers beyond the point of sale and to issue limited edition products, said Chronicled co-founder Sam Radocchia.

Establishing the authenticity and provenance of luxury goods and artworks alike represents a multi-billion dollar opportunity in these industries. Blockchain technology has the potential to make an unprecedented impact in the areas of authenticity and provenance in ways that benefit both consumers and industry players. One wonders if Pablo Picasso would have approved of the role that blockchain technology can play in preserving the legacy of his timeless creations.