Bigger and Better Cryptocurrencies for All 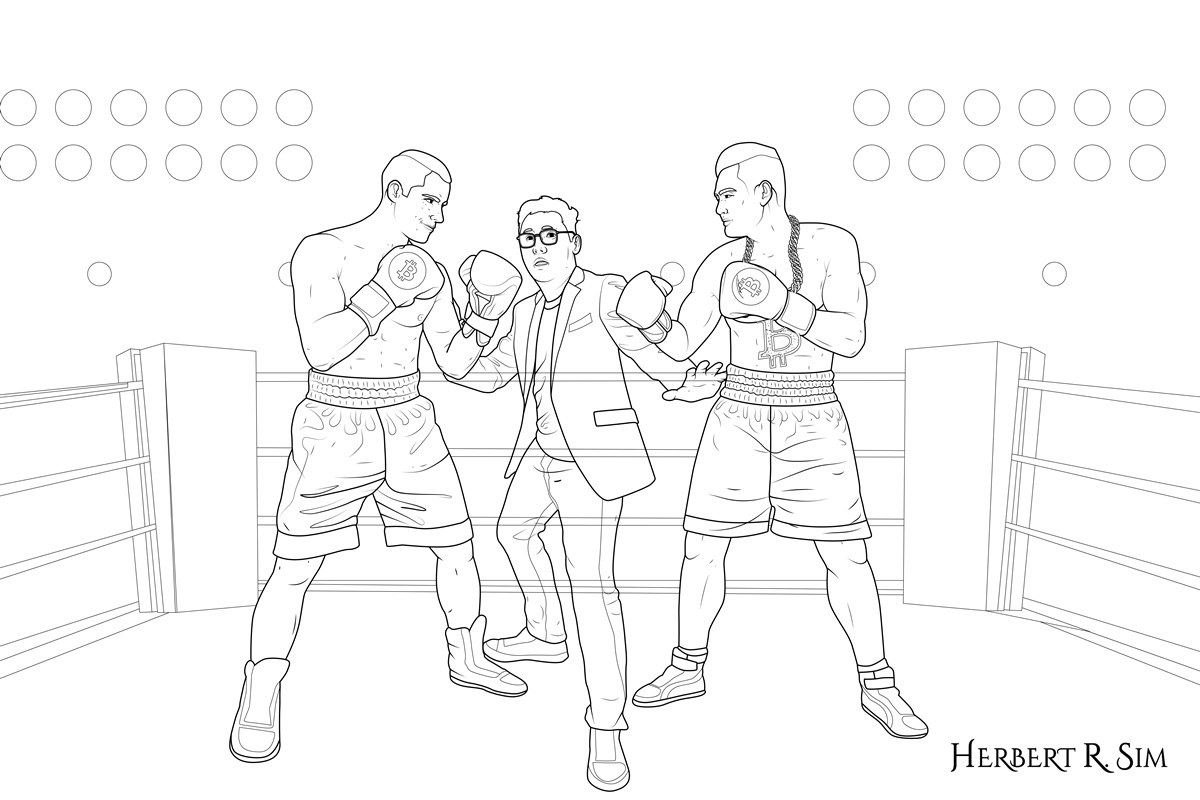 Above is the sketch with Roger Ver and Eugene Tay, from an actual photo of us posing together (scroll down to see it).

Here in my latest article, it is a continuation going in-depth through the points during my debate at the Great Consensus Debate at Block Live Asia 2019 a couple weeks ago, alongside panelists Roger Ver a.k.a. ‘Bitcoin Jesus’, CEO of Bitcoin.com, and Blockchain.com; Stefano Virgilli, CEO & Co-founder of VOX.sg; Aly Madhavji, Managing Partner of Blockchain Founders Fund; and was moderated by Eugene Tay, Founder of RockTheBlock LIVE.

As cryptocurrencies and blockchain technology continue their evolution, they have gained a larger following of entrepreneurs, investors, organisations, communities and fans who are keen to take stock of the strides that cryptocurrencies have made towards becoming mainstream. One would also not miss an opportunity to peer into the crystal ball to discover what new technological innovations have the potential to make cryptocurrencies a greater social and economic good for all.

In this spirit, it is worth examining the progress that cryptocurrencies have made in becoming a part and parcel of our lives, and a promising technological development that could shape it in time to come.

Crypto-evangelists, including yours truly, will say that ‘mainstreaming’ cryptocurrencies – making them an integral part of the mainstream in the world of finance and banking, and in the everyday lives of people, is very much a work in progress.

Clearly, there is plenty of room for cryptocurrencies to gain greater currency in our lives, literally and figuratively. An indispensable way to achieve this is by creating greater interest in cryptocurrencies and blockchain technology in the digital sphere by creating greater internet traffic to related websites and resources. As I previously highlighted, there are numerous internet traffic tools that can be used – with good intentions or otherwise – to accomplish this. 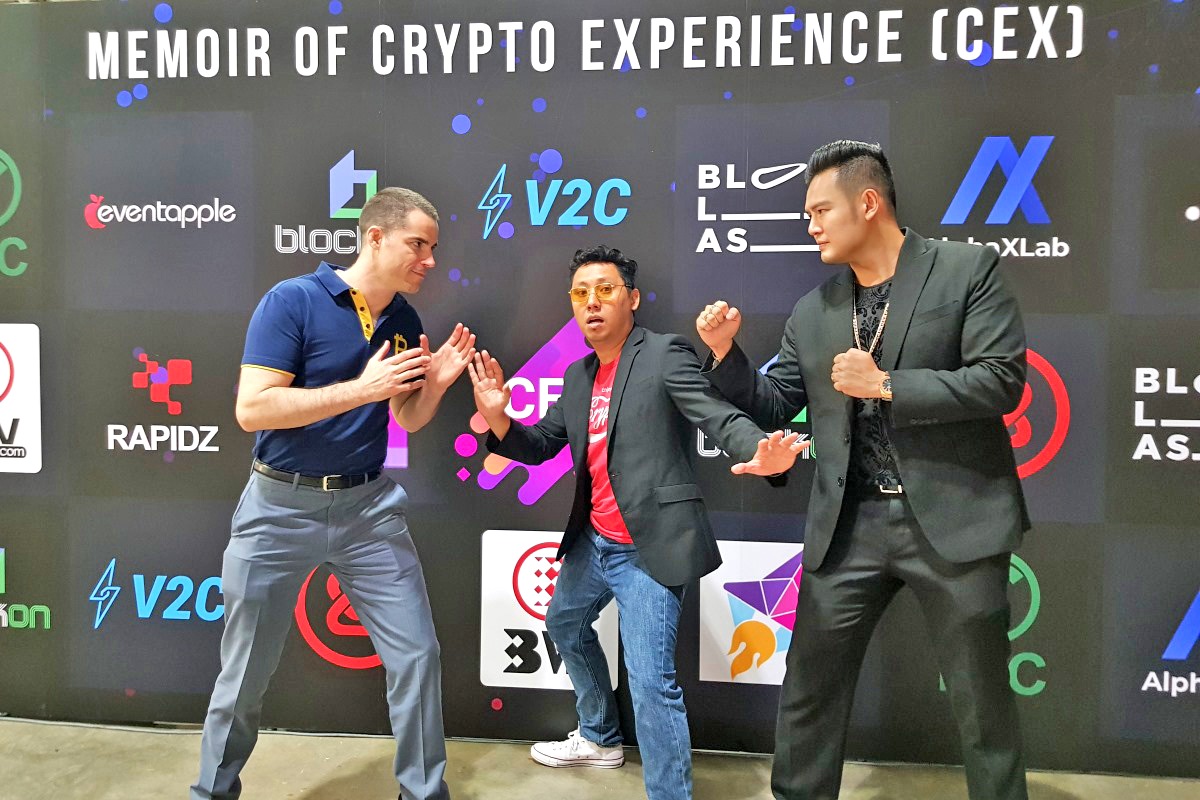 Roger Ver was really sporting, as we posed together, with Eugene Tay as the referee in the center, about to flag off and start the EPIC match.

Bitcoin faucets are an aspect of the world’s most popular cryptocurrency that many may not know of, but that play a significant role in increasing its popularity. Essentially, faucets are websites or apps that act as a reward system for users who complete tasks set forth by that website. In exchange for completing tasks or a captcha, users are awarded Satoshi, which is one-hundred-millionth of a Bitcoin.

Many people around the world are still learning the basics of Bitcoin and other cryptocurrencies, to say nothing of how to invest in it or incorporate it into their financial portfolios. Bitcoin faucets serve as a means to introduce people to the concept of Bitcoin without the risks associated with investing as many faucets also offer information about Bitcoin to new users.

That said, the popularity of Bitcoin faucets has taken on a life of its own. By rewarding users with Satoshi, faucets generate revenue through advertisements. Many of the most popular faucet sites host a ton of ads, whether they are pay-per-click, pay-per-impression, or just there, chances are the site has a steady revenue stream just by having advertisements on the page. Freebitco.in is a prominent example of a Bitcoin faucet. One may be surprised to learn that it is the crypto/blockchain website that sees the highest traffic, not mainstream sites like CoinMarketCap, bitcoin.com or blockchain.com.

In addition to ads, faucet sites might also have affiliate links that can bring in revenue if users follow the link and sign up for or buy something. In fact, it is now common for faucet sites to promote Bitcoin gambling or gaming sites. In fact, Freebitco.in is one of the world’s largest gambling sites. And it is just one of the thousands of ‘Free Bitcoin’ type faucet/gambling sites out there. Another extremely popular Bitcoin gambling website is SatoshiDice, which in 2012 was responsible for producing more than half of Bitcoin’s transactions! Even Bitcoin.com now openly pushes traffic to Gambling websites.

With the popularity of Bitcoin gaming sites, it can be said that any publicity is good publicity for Bitcoins and cryptocurrencies. But the challenge for the crypto-community is also to translate this widespread interest in Bitcoin into a more varied adoption of cryptocurrencies for business, finance and everyday life.

Beyond marketing, technological developments play a crucial role in the greater adoption of cryptocurrencies. Efficiency and convenience in executing cryptocurrency transactions is a fundamental challenge. In general, Bitcoin miners are struggling to sustain and scale the exorbitant amount of resources it consumes.

The transactions of Bitcoin and other cryptocurrencies are enabled by consensus algorithms, which refer to a decision-making process used to achieve agreement on a single data value among distributed processes or systems. Consensus algorithms are meant to achieve reliability in a blockchain network involving multiple nodes.

Existing Proof of Work (PoW) algorithms, notably utilised by Bitcoin, are seen by some as ‘proof of waste’ due to their high energy consumption. To illustrate, in 2017, it was estimated that Bitcoin mining consumed more power than most countries in the African continent, while an academic paper from 2018 found that the energy costs of mining cryptocurrencies exceed the costs of mining physical metals.

However, some consensus algorithms such as that those deployed by Roger Ver’s Bitcoin Cash, are known to be faster and more efficient than Bitcoin Core and Ethereum. Ver nearly single-handedly funded the entire first generation of Bitcoin and Blockchain businesses including Bitcoin.com, Blockchain.com and many others. Those businesses have gone on to raise hundreds of millions of further funding, and serve tens of millions of customers around the world.

Building on from Ver’s pioneering contributions, numerous other consensus mechanisms have since been experimented with and introduced, primarily focusing on reducing the energy inefficiencies associated with PoW processes. 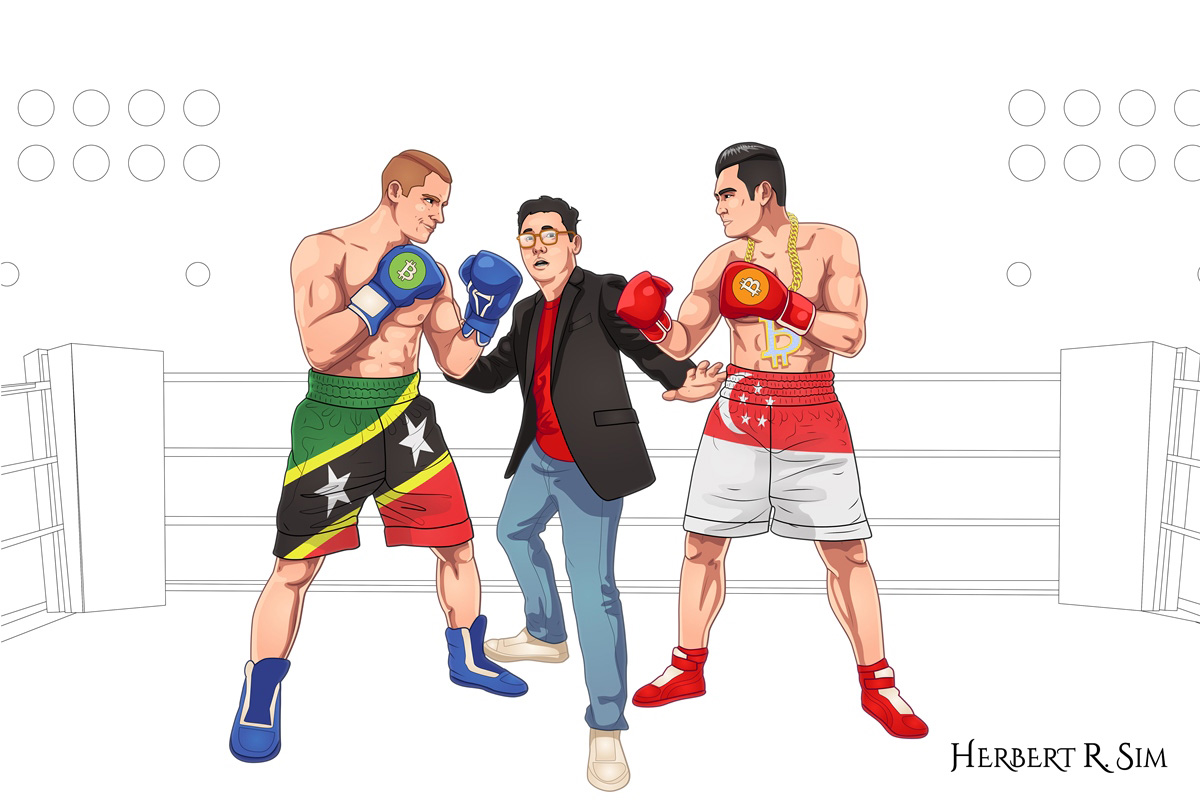 Proof of Space and Time

A PoS system is able to achieve huge efficiency savings over PoW systems. The amount of “work” a miner will end up doing depends on the amount of free disk space available to devote to the plotting process.

PoET consensus is an efficient form of PoW that removes the need for mining-intensive processes and replaces it with a randomized timer system for network participants. Essentially, each network participant is given a random timer object, and the first timer to expire “wakes up” that participant who becomes the block leader and produces the new block.

PoS and PoET algorithms have been taken further by the inventor Bram Cohen, the man behind BitTorrent. Cohen heads a project called Chia, which is billed as an enterprise-grade digital currency that aims to build a Chia Network in order to improve the global financial and payments systems.

Chia is a decentralized open source global blockchain which utilises the consensus algorithm of blockchain called ‘Proof Of Space and Time’, which claims to be less wasteful, more decentralized, and more secure than Bitcoin. While inspired by the Bitcoin blockchain, the primary resource of Chia is not computing power. Under the PoS algorithm, disk space becomes the main resource, and PoET is used to come to a decentralized “Nakamoto-style” consensus that validates transactions.

Be it through marketing and advertising or new technological innovations, it is clear to see the endeavour of the crypto-community to bring cryptocurrency more into the mainstream of social and economic life for people around the world, especially those lacking access to financial services. 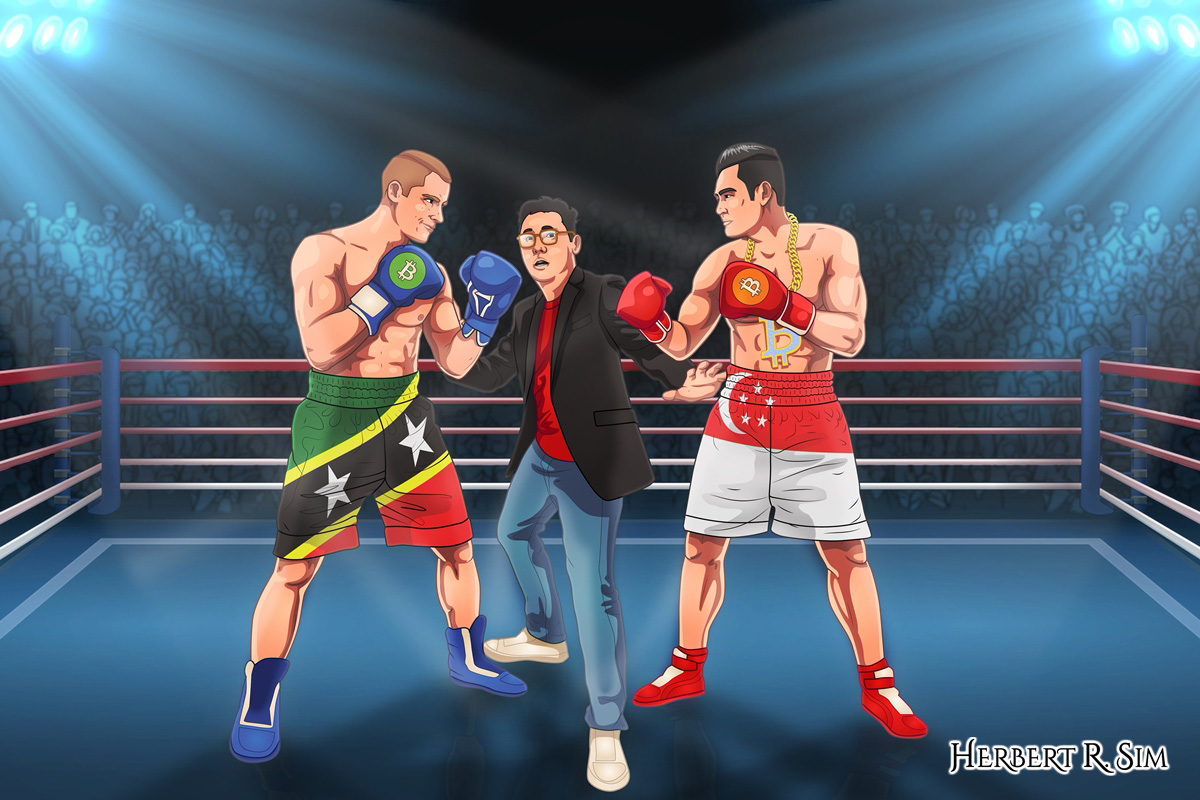 Above is the final illustration in full color, as I detail in the rest of the audience, and sport lights, and even the shadowing.