The Mark of Cain: DRACULA UNTOLD 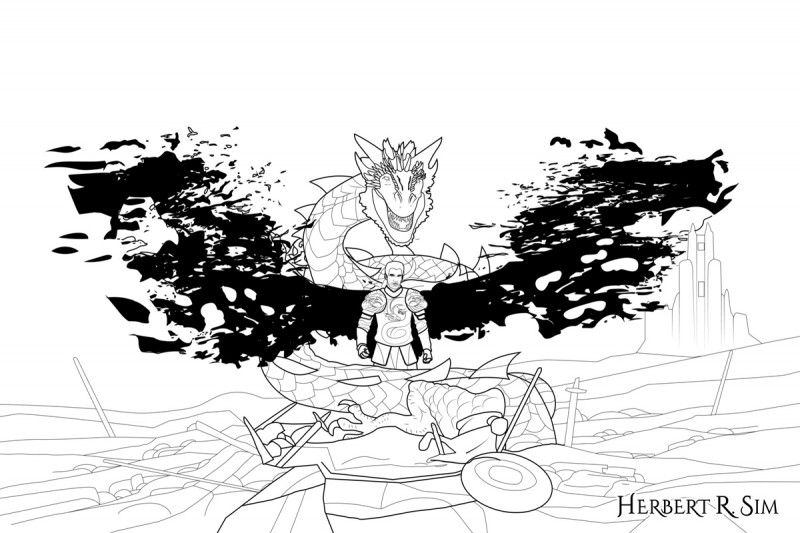 In my latest illustration, I depict Cain as Dracula himself, from the movie ‘Dracula Untold’, featuring “Luke Evans”.

What happened to Cain in the Bible? In the Book of Genesis, we are told about Cain’s birth, his violent act of fratricide – killing his brother Abel, and his subsequent exile. We learn that he married and had descendants, but the Bible is strangely mute about his death.

How did Cain die? In the Bible, do we have any clues?

My theory is that it has EVERYTHING to do with the MARK left by God on him a.k.a. the “Mark of Cain” or others might even refer to as The “Curse of Cain”.

15 And the Lord said to him, “Therefore, whoever kills Cain, vengeance shall be taken on him sevenfold.” And the Lord set a mark on Cain, lest anyone finding him should kill him. 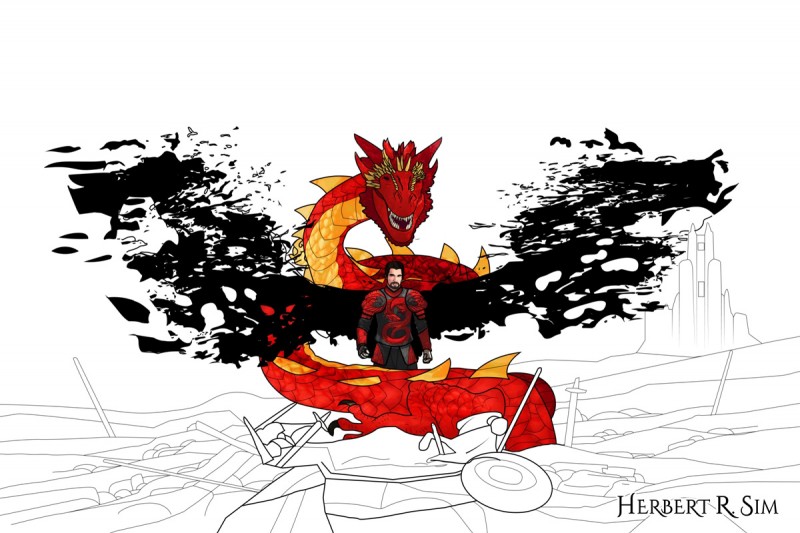 If you’ve been reading and checking out my creative works thus far, you would understand the rationale of the dragon entwined around Cain a.k.a. Dracula. It would be better to backtrack all the way to an article I wrote in back in 2010: “Long Ago 200 Angelic Beings Descended Upon Mount Hermon & Things Were Never The Same Again“

And this mark and curse left on him, according to my own theory/creativity – *FICTION*, made him into the legendary DRACULA, with fangs and the thirst for blood, that has been whispered on for centuries to come.

In fact, this theory of mine, is similar to that of Jewish tradition, Philo, Pirke De-Rabbi Eliezer and the Targum Pseudo-Jonathan, which asserts that Adam was not the father of Cain. Rather, Eve was subject to adultery having been seduced by either Sammael, or the serpent (the devil himself) in the Garden of Eden.

Christian exegesis of the “evil one” in 1 John 3:10–12 have also led some commentators, like Tertullian, to agree that Cain was the son of the devil or some fallen angel. Thus, according to some interpreters, Cain was half-human and half-angelic, one of the Nephilim.

Gnostic exegesis in the Apocryphon of John has Eve seduced by Yaldaboth. However, in the Hypostasis of the Archons, Eve is raped by a pair of Archons.

The reason for all these theories to have stemmed up through the history, is because Cain may have exhibited superhuman, inhuman abilities, such as super strength, immortality, etc., traits that of the legendary creature — Vampire a.k.a. Dracula.

Cain is still living among us today, in our present day. 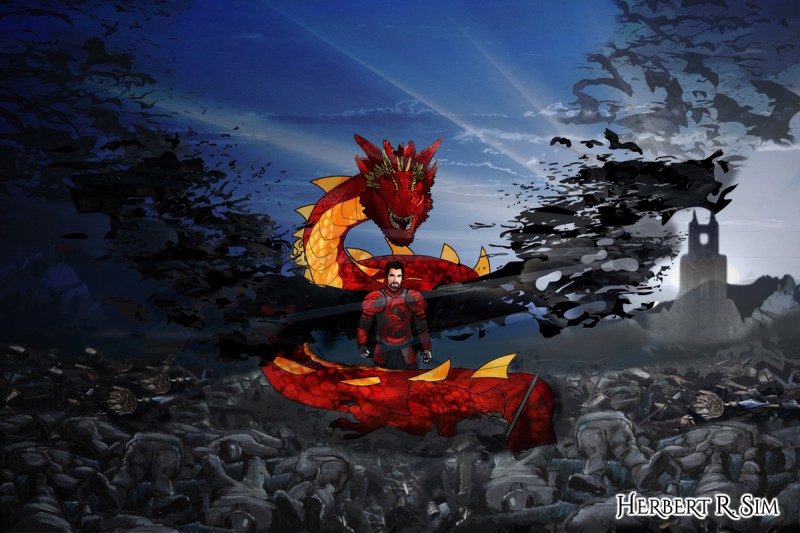 In the final illustration in full color, I showcase, the hundreds if not thousands of dead bodies strewn across the battlefield, slain my Cain a.k.a. Dracula.