Jonah and the Big Fish: MEGALODON 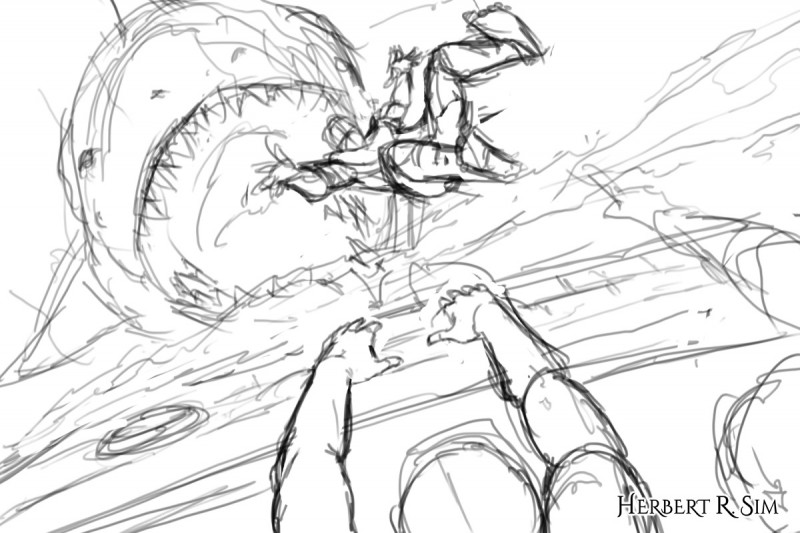 My initial sketch, showcasing the ship crew throwing Jonah into the sea.

Was it a whale that swallowed Jonah whole as he was tossed into the sea by his fellow sailors?

According to the Bible, in the Book of Jonah, Chapter 1 verse 17, it clearly states: ‘Now the Lord provided a huge fish to swallow Jonah’.

Jonah and the whale is a well-known narrative about what it means to be a real prophet and what happens when you refuse to do what God has asked of you.

Upon receiving an instruction from God to tell the wicked people of Nineveh to change their ways or risk destruction, Jonah runs away.

To be honest, can you blame him? Jonah would have to travel far, to deliver news people wouldn’t want to hear and would only risk being accused of being a pretend prophet.

On board a boat, God causes a terrible storm. Jonah knows it is only by being thrown overboard that he will save his fellow passengers.

Jonah hits the water, having been thrown overboard at his own request, by his fellow sailors. Instead of drowning however, God aims to teach Jonah a lesson by sending an animal to swallow him whole.

Though it is often called a whale today, the Bible was originally written in different languages, including Hebrew and Greek and we translate these original texts. The Hebrew doesn’t refer to a species but translates most accurately to great or big fish while the Greek translates to ‘huge fish’.

A whale also technically isn’t a fish; it is a mammal.

Regardless, it would have to have been pretty huge to swallow a man whole!

And from my own theory/creativity, I am assuming it to be a very large shark, people during that time of age, may have just classified sharks passing them off as huge fish. More importantly, sharks are not able to swallow a full grown human easily. Thus, it should have been the legendary, now extinct, MEGALODON. 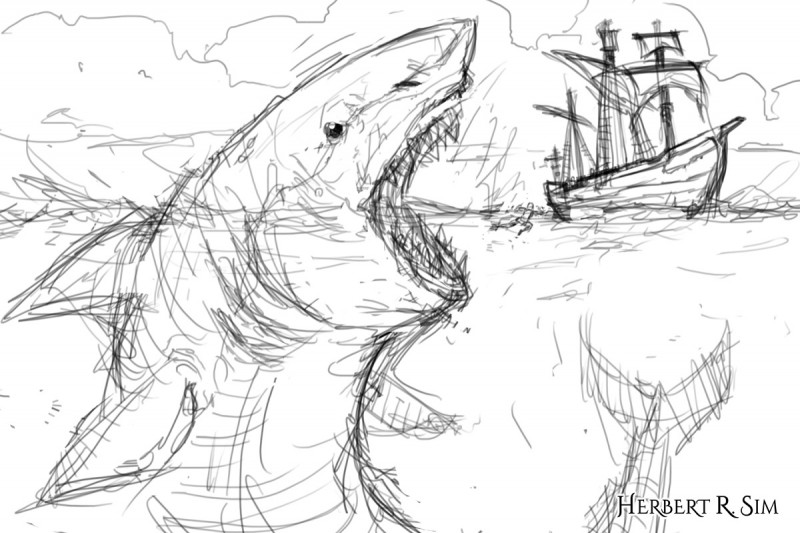 I revised the illustration sketch next, to showcase the size contrast, of the legendary huge fish that swallowed Jonah. The world has mistaken this fish to have been a whale. But a whale is NOT a fish.

The Storm at Sea

4 But the Lord sent out a great wind on the sea, and there was a mighty tempest on the sea, so that the ship was about to be broken up.

5 Then the mariners were afraid; and every man cried out to his god, and threw the cargo that was in the ship into the sea, to lighten the load. But Jonah had gone down into the lowest parts of the ship, had lain down, and was fast asleep.

6 So the captain came to him, and said to him, “What do you mean, sleeper? Arise, call on your God; perhaps your God will consider us, so that we may not perish.”

7 And they said to one another, “Come, let us cast lots, that we may know for whose cause this trouble has come upon us.” So they cast lots, and the lot fell on Jonah. 8 Then they said to him, “Please tell us! For whose cause is this trouble upon us? What is your occupation? And where do you come from? What is your country? And of what people are you?”

Jonah Thrown into the Sea

10 Then the men were exceedingly afraid, and said to him, “Why have you done this?” For the men knew that he fled from the presence of the Lord, because he had told them. 11 Then they said to him, “What shall we do to you that the sea may be calm for us?”—for the sea was growing more tempestuous.

12 And he said to them, “Pick me up and throw me into the sea; then the sea will become calm for you. For I know that this great tempest is because of me.”

13 Nevertheless the men rowed hard to return to land, but they could not, for the sea continued to grow more tempestuous against them. 14 Therefore they cried out to the Lord and said, “We pray, O Lord, please do not let us perish for this man’s life, and do not charge us with innocent blood; for You, O Lord, have done as it pleased You.” 15 So they picked up Jonah and threw him into the sea, and the sea ceased from its raging. 16 Then the men feared the Lord exceedingly, and offered a sacrifice to the Lord and took vows.

17 Now the Lord had prepared a great fish to swallow Jonah. And Jonah was in the belly of the fish three days and three nights. 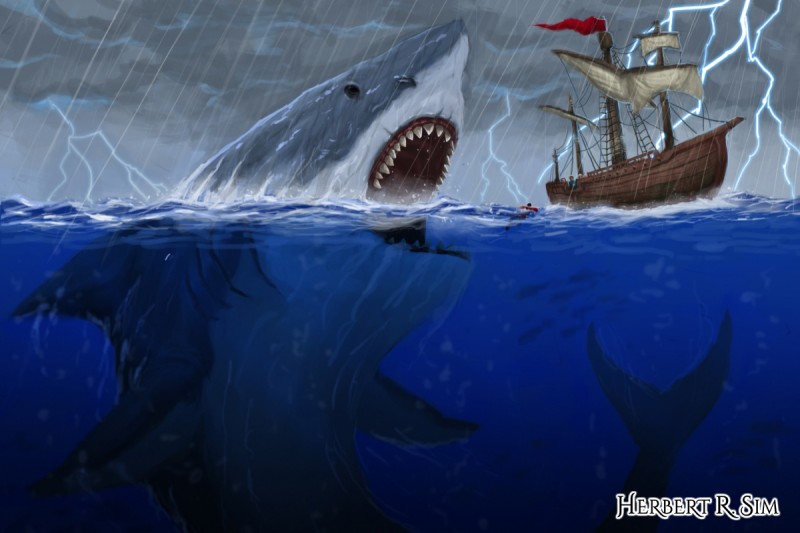 In my final illustration with full color, I made sure to depict it as accurately as I could, capturing the thunderstorm that was set upon them at sea, that the ship crew had to throw Jonah overboard to appease God.