Gandalf Versus Dumbledore: Who Is The Greatest Wizard Of Them All? 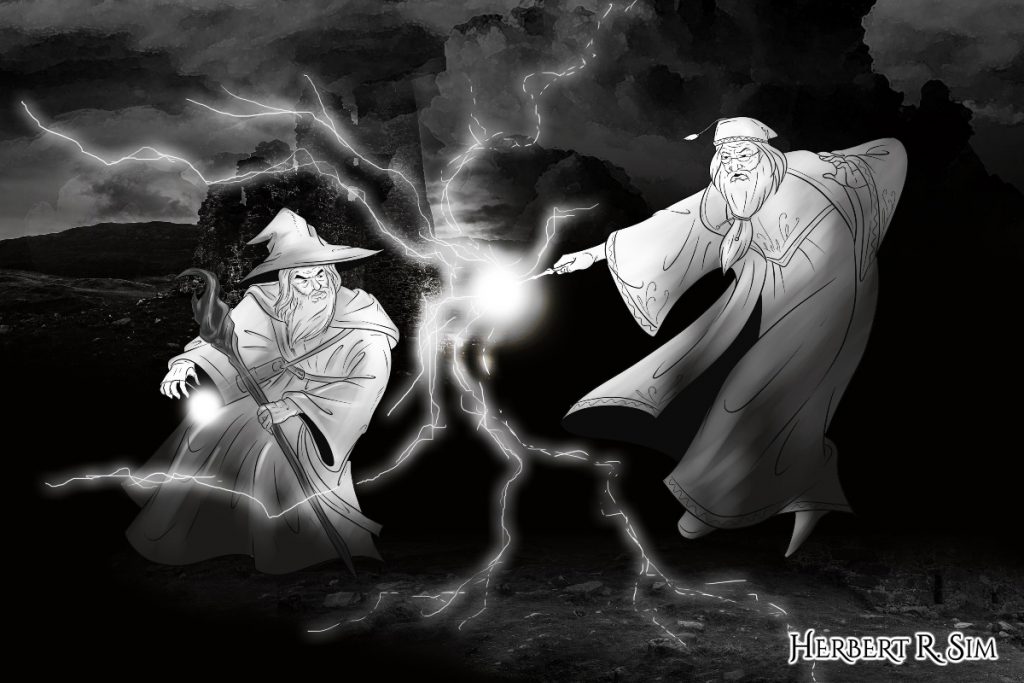 In my illustration above, I attempt to showcase the epic battle between Gandalf (on the left) versus Dumbledore (on the right).

With the current most popular fantasy movie series featuring Magic and Wizards, Harry Potter, and the latest movie recently launched and still at theatres is Harry Potter and the Order of the Phoenix. One would most likely reference them against the previous earlier movie series, The Lord of The Rings. Among these two different stories, the most notable wizard, is Dumbledore from Harry Potter, and Gandalf from The Lord of The Rings.

Let’s start with introducing, Albus too-many-middle-names Dumbledore, from Harry Potter. Around 100 years old, considered the greatest wizard of his time, with possibly even greater abilities than Voldemort. 100% mortal, 55% mortal.

Next up, is Gandalf the Grey, from The Lord of The Rings. later known as Gandalf the White. He held his own, alone, in the upper chamber. Gandalf the Grey, who took on the Nazgul at Weathertop. Gandalf fought the Balrog, a fallen Maia, and a follower—not of Sauron, but of Morgoth himself. Yes, Gandalf perished, but he was sent back, as his work was not yet done. Gandalf, who, if you recall, no longer had a mortal body. He is now immortal.