Herbert Sim Featured on The Daily Express, About Cryptocurrency and BREXIT 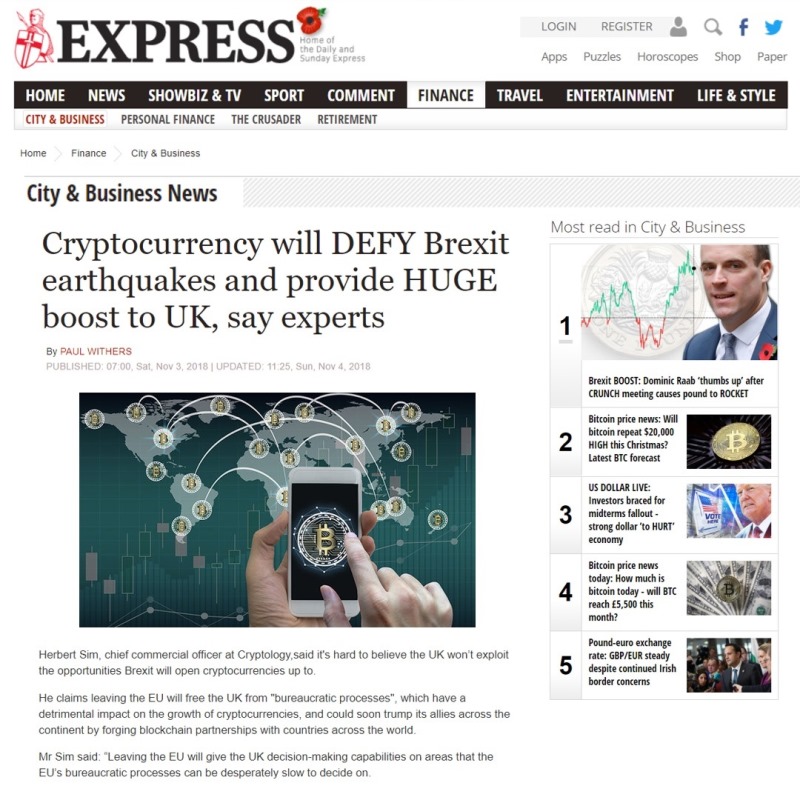 Herbert Sim was featured on The Daily Express, among the most-circulated daily publication in United Kingdom, in their featured article entitled “Cryptocurrency will DEFY Brexit earthquakes and provide HUGE boost to UK, say experts“.

He claims leaving the EU will free the UK from “bureaucratic processes”, which have a detrimental impact on the growth of cryptocurrencies, and could soon trump its allies across the continent by forging blockchain partnerships with countries across the world.

Mr Sim said: “Leaving the EU will give the UK decision-making capabilities on areas that the EU’s bureaucratic processes can be desperately slow to decide on.”

“If the UK were to draw up a bespoke regulatory framework and maintain a measured oversight of the cryptocurrency industry, the benefits could be substantial.

“The UK is already a tech and fintech hub but, with this, it is poised to be ahead of the curve to Europe, taking the lead in this new area of finance as it has done for many other areas of financial services in the past.

“Looking ahead, we anticipate that Brexit will allow for stronger blockchain/cryptocurrency partnerships with other, more open and crypto-friendly economies such as that of China, Australia, Brazil, South Korea and Singapore.”