Cryptocurrency: Mark of the Beast or One World Currency? 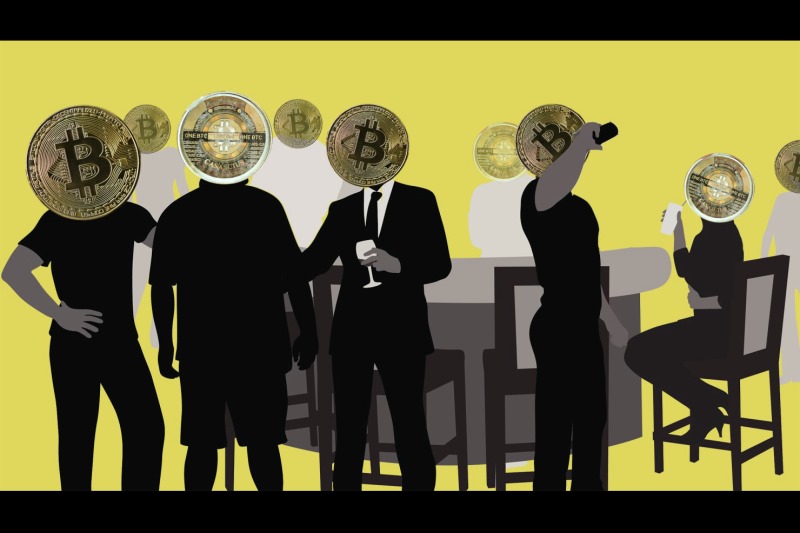 Is Bitcoin the Mark of the Beast?

One particular religious theory is derived from a Christian belief tied to the Book of Revelation, a book of the New Testament that has a central place in Christian eschatology, or the study of the ‘end of things’, be it an individual life or the end of an age. In this belief, bitcoin and other digital currencies are considered the ‘Mark of the Beast’, which symbolises the power of the devil. Cryptocurrencies are deemed to be the tool of the Antichrist that one has to rely on to purchase food and survive under the Devil’s rule.

“And that no man might buy or sell, save he that had the mark, or the name of the beast, or the number of his name,” – Revelations 13:17.

Specifically, the Mark of the Beast comes from a story in the Book of Revelations 13:17, which says that people on Earth will need to get a mark on their bodies in order to purchase living necessities. The mark is forced upon everyone from the rich to the poor. This theory has gained greater traction due to the trend of microchip implants, which sees cryptocurrency users and investors installing chips into their hands with a bitcoin wallet inside for safety and convenience.

However, there are those in religious circles who think that Bitcoin and other cryptocurrencies might actually be the opposite of the Mark of the Beast. Bitcoin might be a way people can fight the beast. Rather than be controlled, the decentralised nature of digital currencies that does not rely on any central authority actually has the power to grant people more freedom of choice.

Thus far, numerous countries have imposed some kind of restriction on cryptocurrencies and related activities, though not likely due to the Mark of the Beast theory. Among other examples, South Korea, in January 2018, banned the use of anonymous bank accounts to make cryptocurrency transactions in a bid to stop digital currencies from being used for crimes such as money laundering. Russian authorities had also blocked 40 cryptocurrency-related websites to restrict access to retail investors, although that effort was legally overturned by the courts in March 2018.

However, there have also been governments which have been open to or supportive of the potential of cryptocurrencies. The Monetary Authority of Singapore (MAS) is in the midst of conducting a multi-phase trial on blockchain and digital currency technology. The trial, split into five phases, includes looking into delivering securities, cross border payments and, eventually, a digital version of the Singapore dollar to carry out real transactions and buy assets.

Estonia, one of the most tech-savvy countries in the world, has not ruled out talk of introducing a cryptocurrency to boost its global business competitiveness. In Japan, bitcoin and several cryptocurrencies can be used as legally accepted means of payment in the country. Japan also has a very progressive regulatory landscape. Its government-registered cryptocurrency exchanges are due to set up a self-regulatory body that will among other functions, set penalties for breaches of self-imposed rules, bolstering its proactive approach to governance and compliance.

The United Kingdom, a global financial hub, has a thriving crypto community and a self-regulatory cryptocurrency organisation that aims to work with the British government in integrating cryptocurrency and blockchain into the regulatory framework. Denmark boasts an attractive 0% tax on cryptocurrencies and appears to have taken a “hands off” approach to crypto-regulation.

These developments point to a global cryptocurrency community taking shape and leading up to a possible One World Currency, which was notably referenced in January 1988 in The Economist. Many Keynesian economists have added to this idea over the years. John Maynard Keynes himself is believed to have been an advocate for a single world currency as it would help the global economy and improve international trade.

The International Monetary Fund (IMF) also previously discussed the idea of a global currency for its commercial efficiencies, economies of scale, and potential to help smaller and more vulnerable economies.

Although there is some way to go before the idea of a One World Currency can be realised, progress would certainly boost the international community currently resisting the adverse forces of protectionism and anti-free trade policies. And governments play a pivotal role in embracing the opportunities afforded by cryptocurrencies.