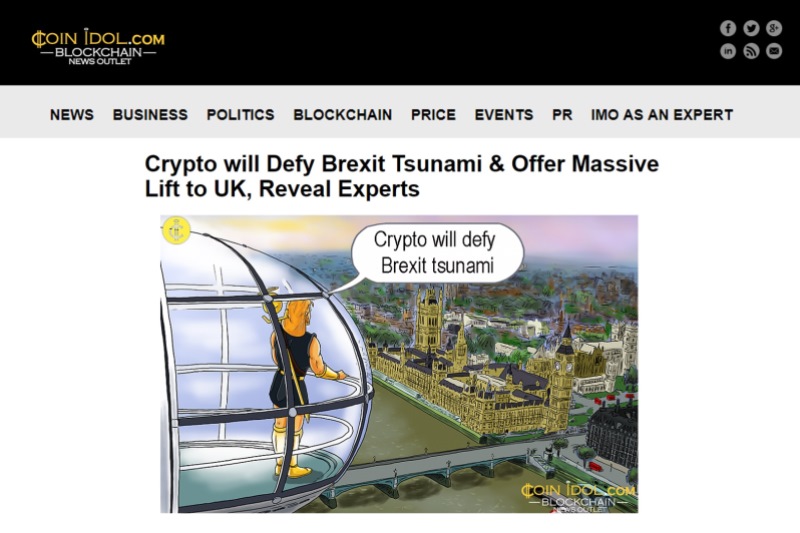 The Chief commercial officer at Cryptology, Herbert Sim, revealed that it’s difficult to think the UK won’t take advantage of Brexit to open up to digital currencies.

He says exiting the EU will unconstrain the UK from “red tape processes,” that have a harmful impact on the boom of digital currencies and could in the near future trump its allies across Europe by manipulating blockchain partnerships with several nations across the globe. Mr Sim said:

“Leaving the EU will give the UK decision-making capabilities on areas that the EU’s bureaucratic processes can be desperately slow to decide on.”