Blockchain Technology and Genomics: DNA Ownership and Your Right To It 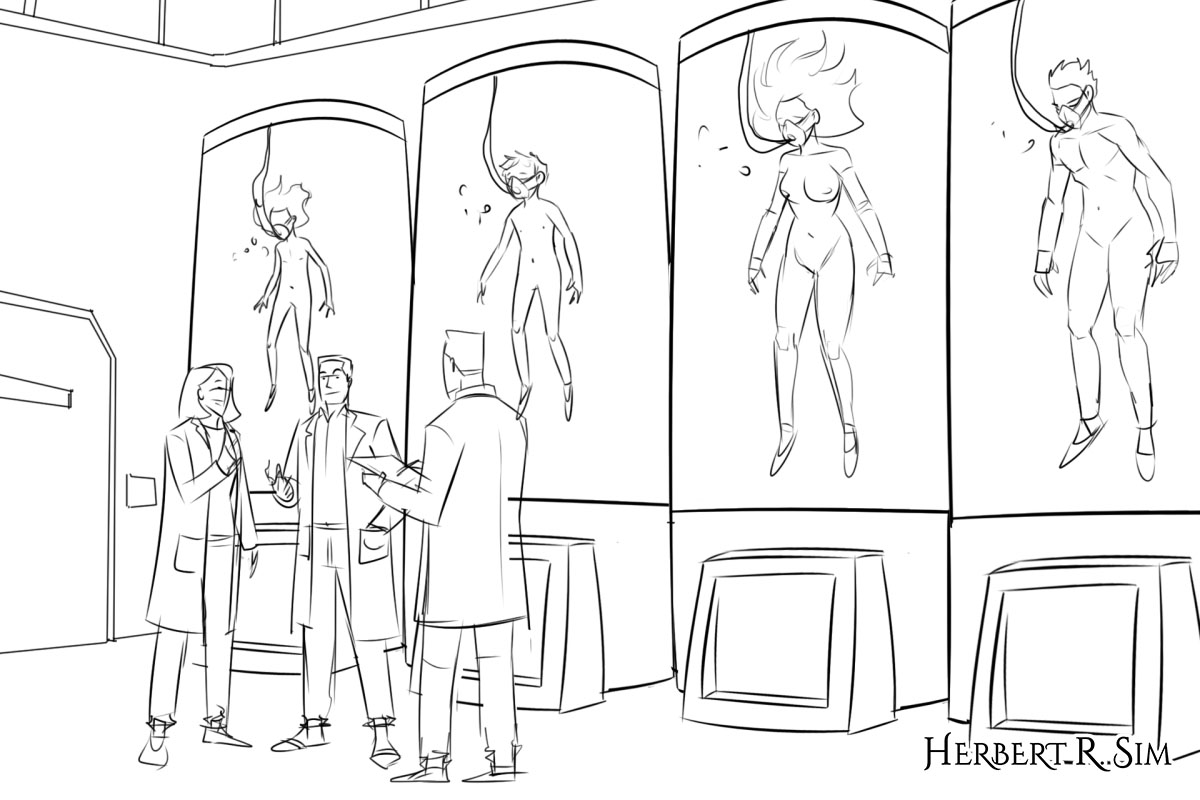 The genomics sphere has always been inundated with what-ifs and a somewhat overzealous curiosity within its circles.

From Dolly the sheep’s appearance in 1996 to the public scrutiny and outcry regarding human cloning, controversial episodes were never too far away.

Of course, the advancement in technology has always been powered by the sheer will to improve or satisfy certain aspects of our physical and emotional well-being. Gene editing experiments have touted to give us, for example, better quality meats, human-compatible organs from genetically engineered pigs and even “revive” beloved pets.

Cloning, on the other hand, has taken a largely non-human route but when it comes to duplicating organs rather than a human being – the concept steps into a level of acceptance.

The thought of playing God becomes easier with CRISPR, a genome-editing tool that has taken researchers by storm. But what may seem far-fetched a decade ago is suddenly looking plausible – case in point, the cloning and creation of artificial wombs which could for example, save the lives of premature babies.

And then there’s blockchain technology, a somewhat new kid on the block with a mission to disrupt the status quo, to provide an alternative route to privacy or peer-to-peer transactions without a middleman.

In fact, multiple mainstream businesses within various industries, including healthcare, supply chain management and cybersecurity, have leveraged and reaped the benefits of blockchain technology.

Unsurprisingly, its foray into the genomics world was simply a matter of time, an initiative championed by proponents of privacy, that genetic data derived from genomic sequencing should belong to the source – us.

Pro-blockchain communities declare that such valuable data should neither fall into the hands of healthcare and pharmaceutical companies nor should it be controlled by research and development teams.

What would have seemed an almost powerless endeavour by blockchain startups is growing from strength to strength, fueled by a heightened understanding of decentralisation and the potential it could bring in terms of ownership and transactional dynamics.

Various blockchain startups and companies aim to combat, for one, the signing away of your genetic data without your knowledge. There’s an aim to create a fair genetic marketplace, where information can be shared between two parties securely – the supposed holy grail that is peer-to-peer. Even if a transaction is involved, you should be the one negotiating and holding the keys to the deal, not through someone else or other entities.

Ever since the first successful whole-genome sequencing, pioneered by the Human Genome Project, there’s been an interest in the subject, as well as how blockchain technology can be leveraged. But what is genome sequencing and what does it really entail?

Whole-genome sequencing is a process that allows us to read someone’s individual genome and among the various use cases, identify differences, or mutations. Such an assessment will allow us to find out if these aspects are linked to disorders and diseases, or in other cases, tied to disease resistance and sensitivity to environmental influence like sunlight.

Such is the value that genome sequencing can bring, it is no surprise that genetic data is extremely valuable and crucial to many health industry and medical companies.

Over the past couple of decades, while costs for genome sequencing has gone down, it is considered naive to think that the user owns the results. Your data could still be sold to another company for research purposes and this battle to protect your genetic data could simmer and brew into a bigger one as awareness and adoption scales.

Above is my work-in-progress as I colored in the illustration. The tanks showcases futuristic statistics of the cloned humans.

A Genetic Exchange for the Ppeople

The majority of blockchain companies that deal with the genomics space share a common goal – to ultimately deliver ownership of genetic data to people.

For instance, the creation of a decentralised blockchain and cryptocurrency token would be capable of facilitating an encrypted exchange of medical and genetic data.

In fact, multiple blockchain entities have either developed working products and prototypes, or designed processes and models that could facilitate the process of giving people back control over their DNA and genetic data.

Take for example, EncrypGen, a New York-based company that allows users to store genetic data for up to five family members and these data can be accessed by individuals such as doctors once permission is granted.

Nebula Genomics, one of the higher profile biomedical research start-ups which in 2018 secured a $4.3 million seed round from 10 venture firms, has launched a free DNA sequencing blockchain platform.

In order to qualify for the free sequencing, the consumer will provide data to researchers in exchange for covering the cost. What’s crucial here is that the blockchain platform enables customers to authorize access to their personal information, and if any relevant transactions were to take place – to be compensated.

Better yet, Nebula customers will know who is requesting for their data, for what purpose, and they can also decide if they should accept the data request. The ability to be compensated directly for the use of your genetic data is how powerful blockchain technology is, especially when put to effective use.

Other prominent blockchain companies that have made waves are Zenome and Macrogen. The former allows users to upload data securely and sell it via the platform’s crypto token. As for Macrogen, the South Korean biotech company is creating a permissioned blockchain instead of a public blockchain due to the sensitive nature of genomic data. There’s also Israel-based DNAtix, which taps on blockchain to allow for DNA exchange between individuals.

The sprouting of blockchain start-ups within the genomics space is heartening and progress might seem closer than most think.

The fact that medical and healthcare bodies are starting to see the value of blockchain, is half the battle won when it comes to empowering users who share and upload their genetic data.

For example, the US Food and Drug Administration (FDA) has worked with companies like IBM, Walmart, KPMG and Merk to build a Proof-of-Concept blockchain network to share and track data of prescription drugs.

Securing patient data has also been paramount within the medical industry, with blockchain ventures like Akiri and BurstIQ ensuring that data is secured and access is authorised. What’s staggering however, is how capable blockchain medical records can be in preventing costly human mistakes – which can amount to a tune of $11 billion a year.

Other factors also seem to point towards an eventual mainstream adoption for genetic data ownership. When it comes to straddling the moral line or handling potential public backlash, the championing of genome ownership via blockchain seems to be a less controversial subject. In fact, it appears to be a more acceptable initiative than gene editing and human cloning.

The latter for example has stirred indignation among scientific and public opinions, ever since Chinese scientist He Jiankui edited human embryos which led to the birth of two babies. Indeed, we can understand the perceived fear that comes with a successful human cloning experiment, where there could be an actual threat regarding the misuse of gene editing or cloning technologies.

Genome ownership, to put into perspective, is a winnable battleground for decentralisation proponents to capture and reclaim. 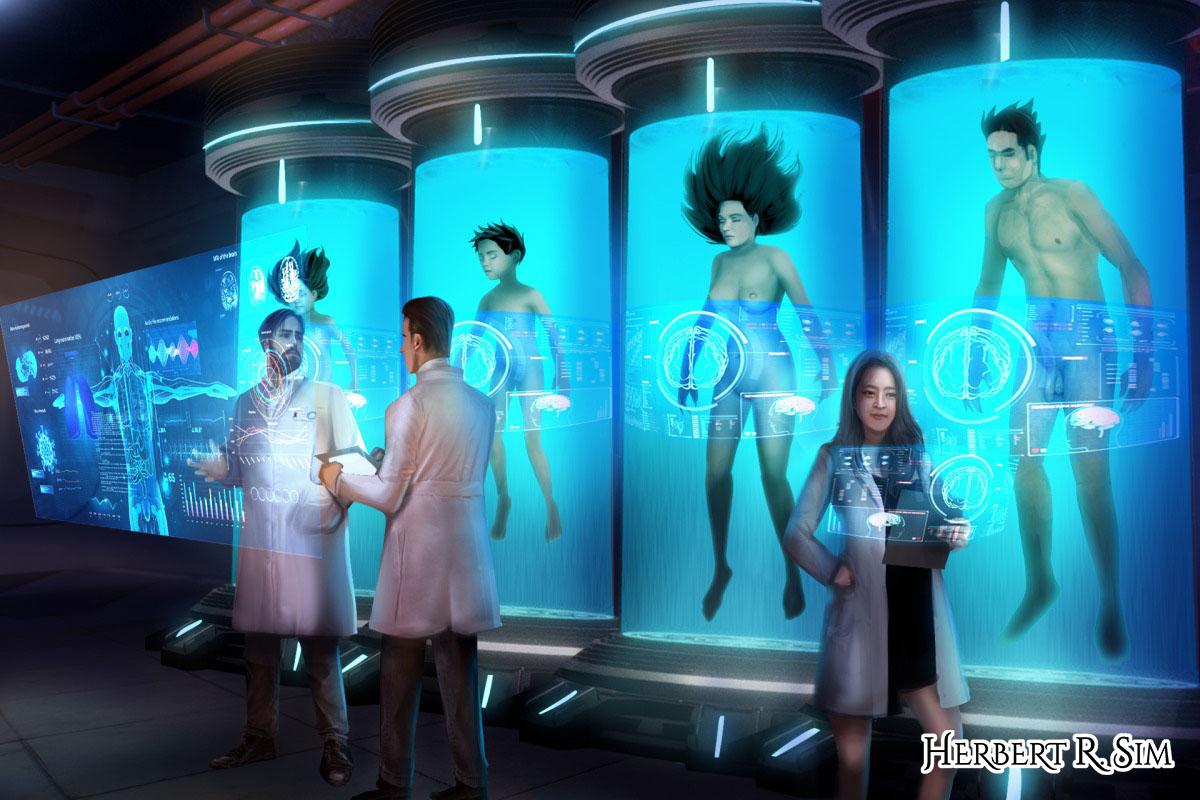 In the final completed art illustration, with the futuristic computer hologram touch screens. I drew the female scientist to resemble a friend – Dr Serena Yu, a pediatric dentist.

To benefit, or not to benefit

The past decade has witnessed the startling progress of genomics research and blockchain innovation, each armed with trailblazers and research teams that aim to bring something tangible to the table.

However, just like the taut relationship between mainstream and decentralised finance industries, the chances of claiming full ownership of your genome has never been certain – but there’s hope.

If we were to peel off the layers of genomics sequencing and truly understand how the beneficiaries of your data isn’t yourself, in the process educating the public about this, then surely there must exist a platform or protocol that allows you to regain control.

The capacity to do whatever you wish with your DNA, according to your own terms and conditions, could soon become a normalised reality.