Samson’s Revenge on the Philistines 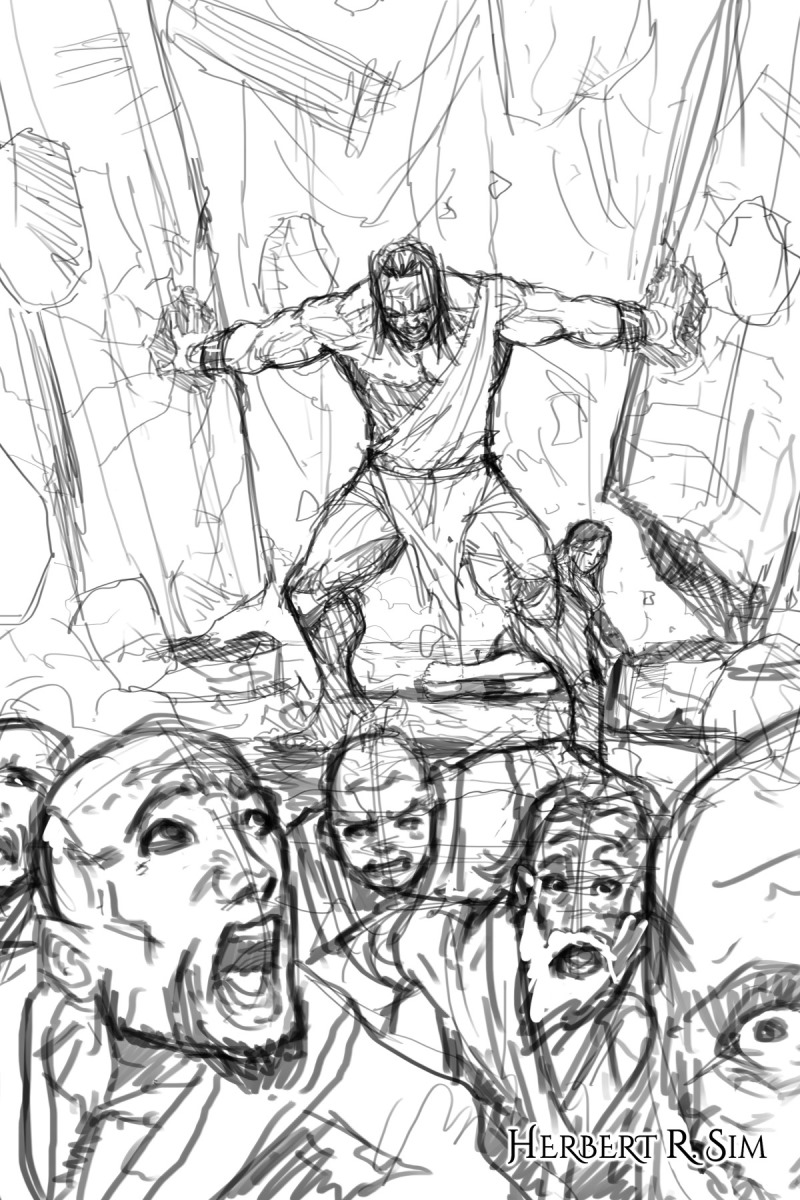 Here in my latest illustration, I illustrate one of the top stories in the Bible, Samson and Delilah, in their last moments before their deaths.

Samson, was the last of the judges of the ancient Israelites mentioned in the Book of Judges in the Hebrew Bible (chapters 13 to 16).

The biblical account states that Samson was a Nazirite, and that he was given immense strength to aid him against his enemies and allow him to perform superhuman feats, including slaying a lion with his bare hands and massacring an entire army of Philistines using only the jawbone of a donkey. However, if Samson’s long hair was cut, then his Nazirite vow would be violated and he would lose his strength.

Samson was betrayed by his lover Delilah, who ordered a servant to cut his hair while he was sleeping and turned him over to his Philistine enemies, who gouged out his eyes and forced him to grind grain in a mill at Gaza. Whilst there his hair began to regrow. When the Philistines took Samson into their temple of Dagon, Samson asked to rest against one of the support pillars; after being granted permission, he prayed to God and miraculously recovered his strength, allowing him to grasp hold of the columns and tear them down, killing himself and all the Philistines with him.

Then Samson prayed to the Lord,“Sovereign Lord, remember me. Please, God, strengthen me just once more, and let me with one blow get revenge on the Philistines for my two eyes.” — Judges 16:28

In my illustration, it showcases Samson’s revenge, pushing the columns tearing the entire temple down. I made sure to capture all the intensity on Samson’s face, with his roar while straining from using all his strength supernaturally blessed by God, and along with the blood streaming from his eyes that were gouged out.

Something not captured by other artists thus far, is Delilah who may have actually been at the site itself. I illustrated her with her seductive charm, yet with tears of remorse, ready to die too alongside with Samson. 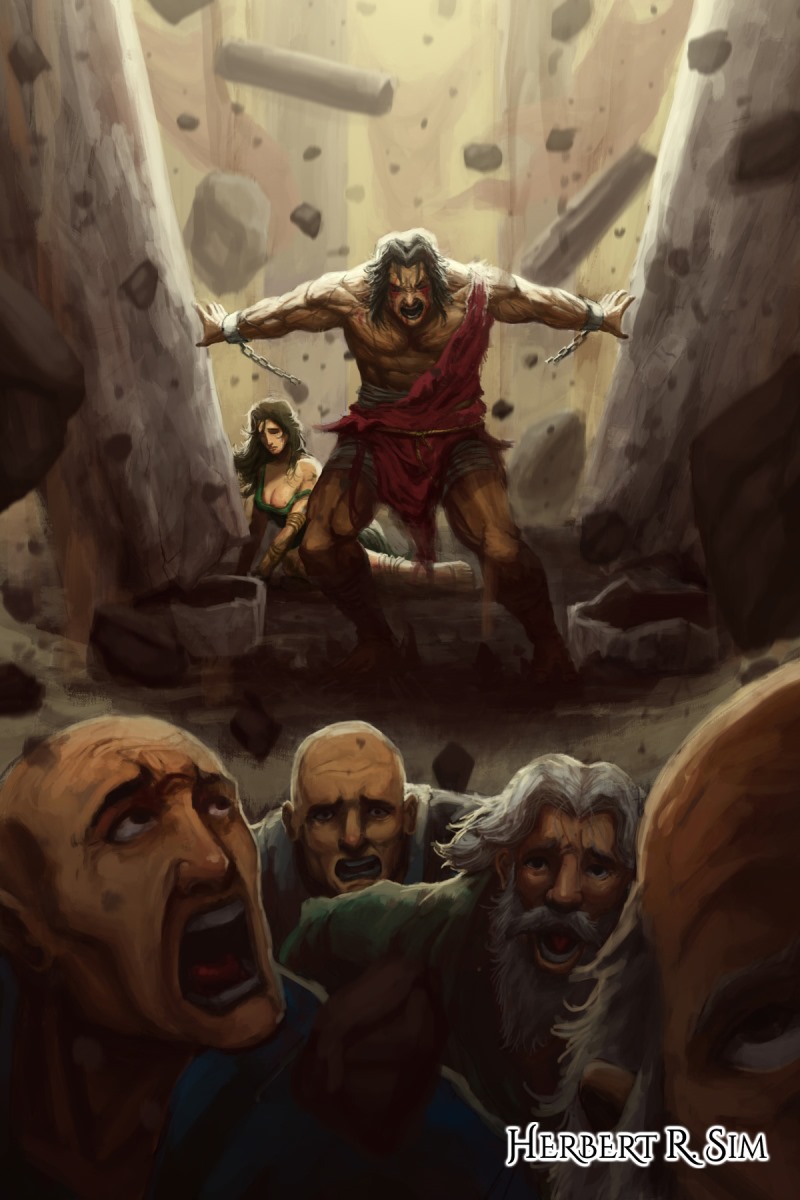