The Legendary ‘Blade of Bitcoin’ 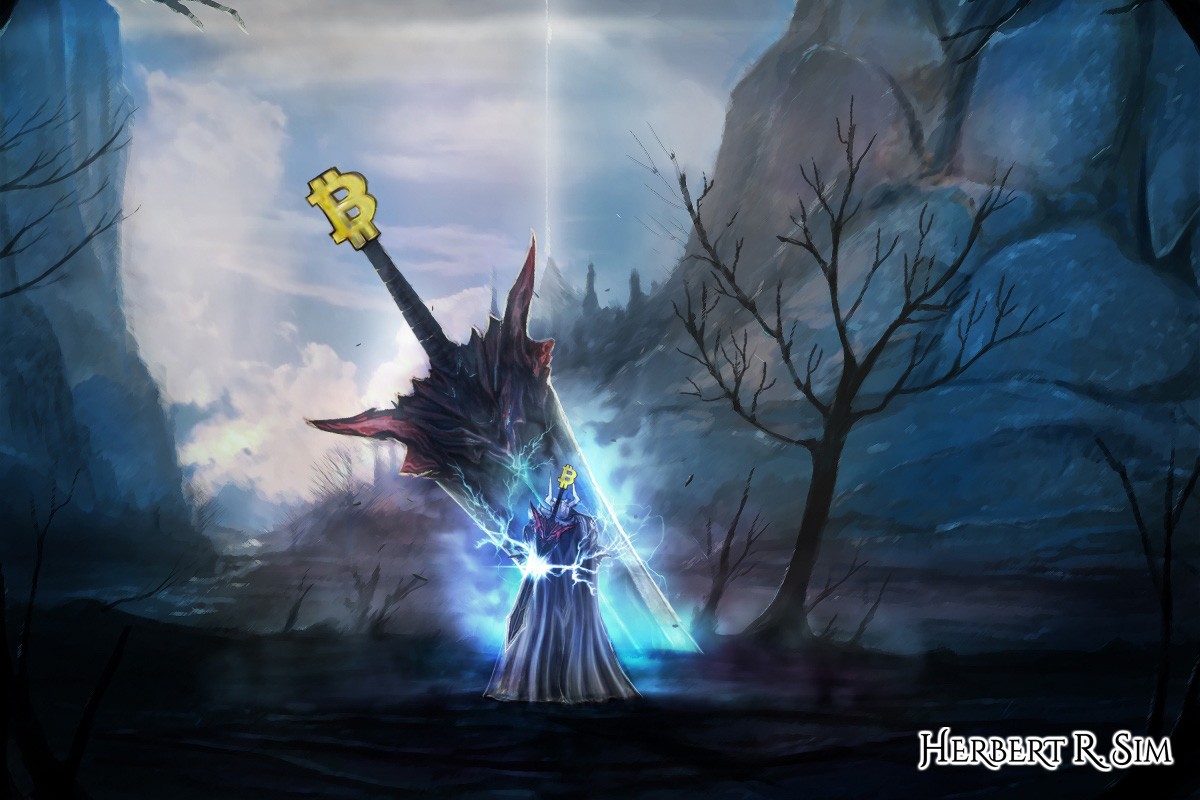 *DISCLAIMER* This is fictitious —— FANTASY.

According to the legends, the ‘Blade of Bitcoin’ was forged in Nishinoshima, a volcanic island, south-southeast of Tokyo, among the most volcanic region of the Volcano Islands arc. The Blade was reforged from the Bitcoin Daishō, wielded by the legendary Satoshi Nakamoto himself.

Satoshi entrusted the newly reforged Blade to his trusted comrade, Mithrilen, high warlock, whom with all his magic imbued the Blade onto the marsh lands, with inscriptions on the blade:

“Whoso pulleth out this sword from this stone, is the chosen one, slayer of shitcoins and the fiat wolf.”

“Shitcoins decimate with the blade, will change into Bitcoins in equivalent value.”

That was the last known detail of Satoshi before he disappeared.

Since then, nobles from far and wide came to try and pull the sword from the stone, but not even the strongest of men could accomplish the task. Eventually, the sword became forgotten, and all across the land fell into greater ruin, destroyed by the fiat wolf.

Until one day, a knight from the Ordre des Arts et des Technologies, decided to travel on the quest to try pulling out the blade…

Check out my work-in-progress sketches below, before the final illustration in full color above. 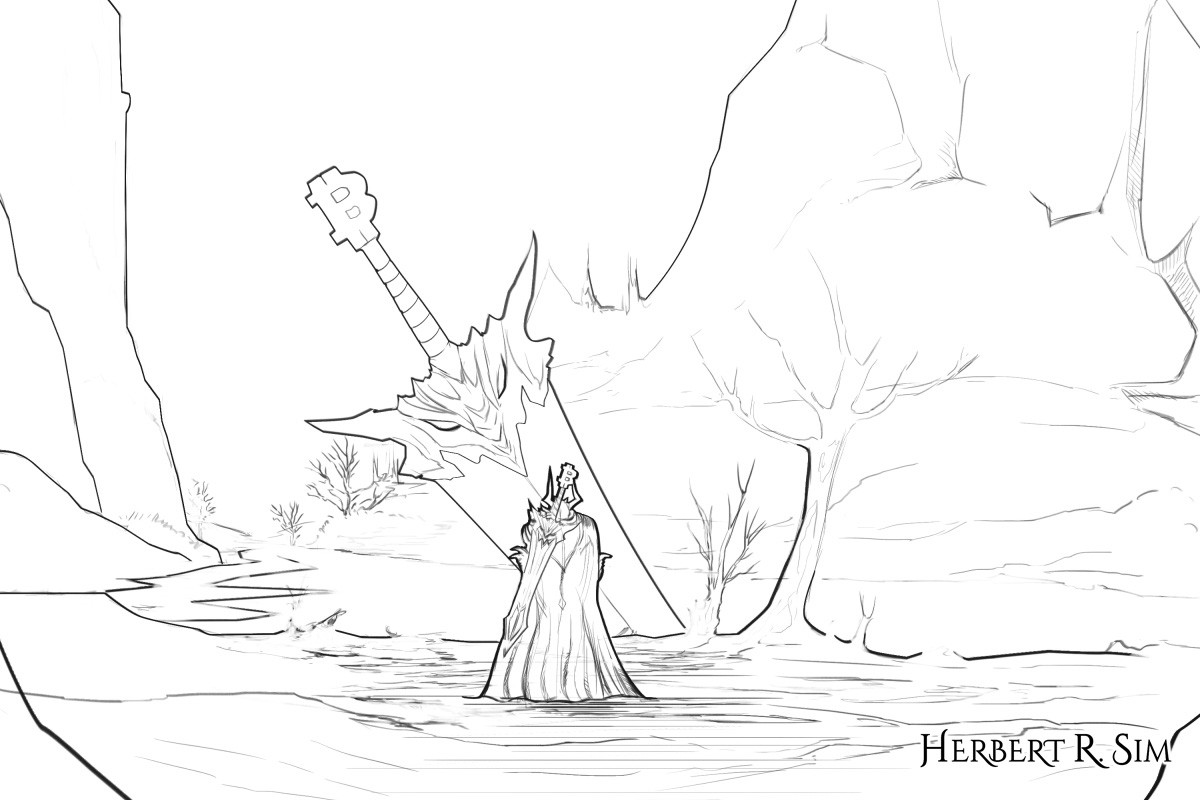 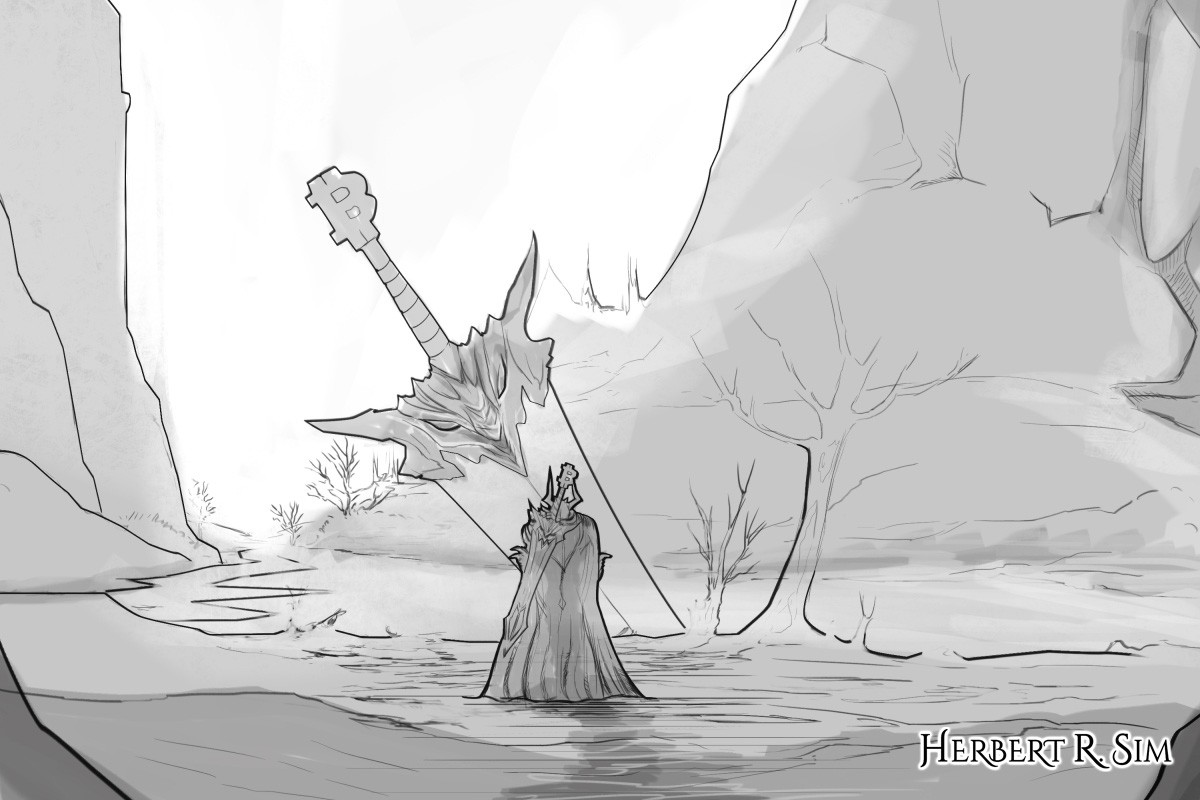