Interview with Yaoqi Jia, Co-Founder of Zilliqa, about Blockchain Sharding 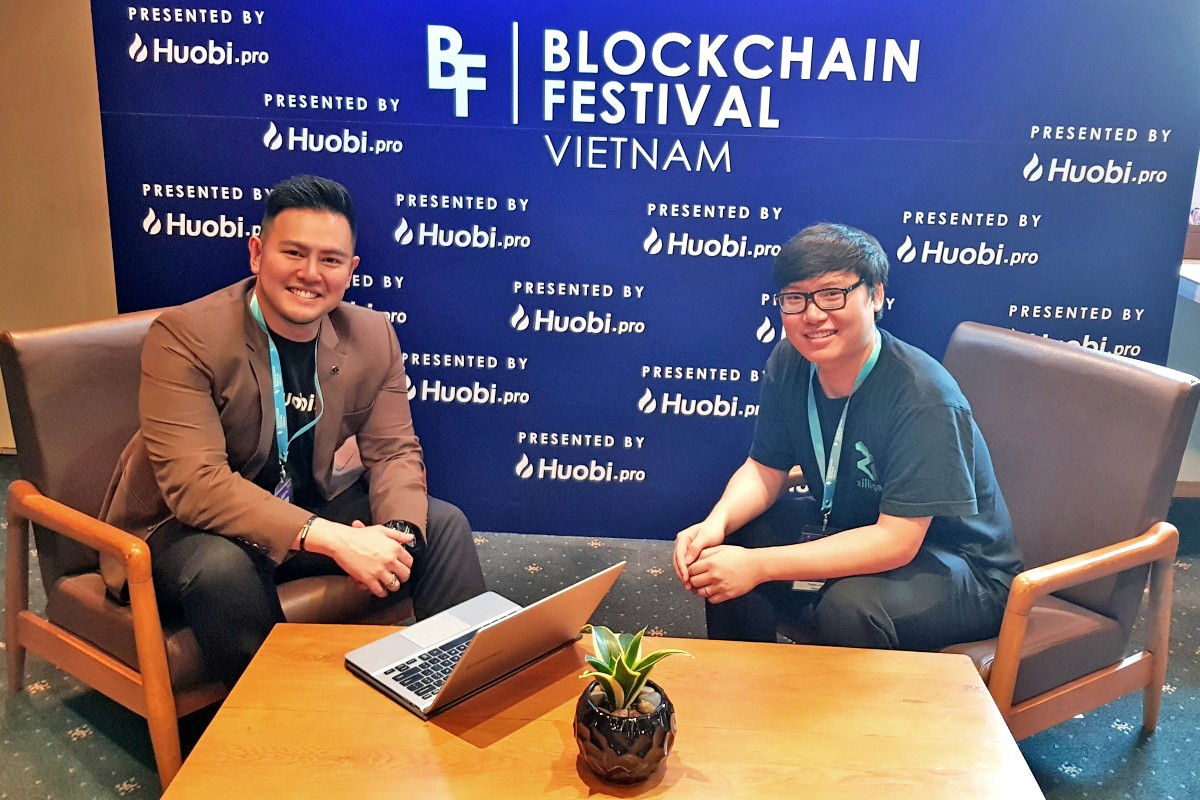 At the recent,  Blockchain Festival Vietnam 2018 organized by Huobi Pro at GEM center in Ho Chi Minh City on May 24 and 25.

Herbert Sim, Global Operations Director of Huobi Global, Founder of Crypto Chain University, also commonly known in the industry as ‘The Bitcoin Man‘, was backstage alongside with speaking with Yaoqi Jia, the co-founder of currently the most talked-about project in the blockchain industry — Zilliqa, asking about Blockchain Sharding and his views on the future of Blockchain adoption.

What is the most impactful thing for Blockchain you have been impressed by?

Technology with consensus protocols. Blockchain systems especially bitcoin was the first time an open research problem was solved in academia. For Bitcoin, it is a solution that could be run with 20000 nodes, across the whole world. At the exact same time, nodes can achieve agreement of generating a block. Before Bitcoin, no other protocols could achieve this in such large-scale level.

About the Consensus Protocol, there are a lot of research about efficiency. Back in 1980 the first consensus protocol (byzantine general problem) was created. The main question was: How to reach consensus with 3 armies? With 3 armies you can’t reach consensus If 1 is malicious.

*Background Info — A consensus protocol is a process in computer science which is used for achieving agreement on a single data value among distributed processed or systems. Consensus protocols are designed to achieve reliability in a network which involves multiple unreliable nodes. This will help in solving consensus problem which is essential in distributed computing as well as multi-agent systems. So as to accommodate this reality, consensus algorithms necessarily assume that some processed and systems will be unavailable and that some communications will be lost. Because of this, consensus algorithms must be resistant to a fault. They usually assume that a portion of nodes will respond but require a response from that portion, such as a minimum of 51%. A consensus algorithm such as bitcoin’s proof of work would do two things: it would ensure that the next block in a blockchain is the one and only version of the truth and it keeps adversaries from derailing the system and successfully forking the chain.

Zilliqa plans to solve the scaling problem through Blockchain Sharding – what are the biggest challenges that you see in solving this?

*Background Info — Sharding technology is a kind of database partitioning which separates very large databases into smaller, faster, more easily managed parts which are called data shards. The word shard means a small part of a whole. In a simple term, sharding your database involves breaking up your big database into many, much smaller databases which share nothing and can be spread across multiple servers. Technically, sharding is synonymous with partitioning that is meant to make a very large database more manageable. The governing concept behind sharding is based on the idea that as the size of a database and the number of transactions per unit of time made on the database increase linearly, the response time for querying the database increase exponentially.

What are the biggest challenges that you think the community does not see, especially regarding Blockchain Sharding?

System is very complicated to implement. Sharding is in theory just a divide to conquer strategy. However building a Blockchain from scratch, to design the whole thing is a completely different game. The Implementation is immensely difficult. In a nut-shell, we are trying to solve the “computer hanging” problem in the Blockchain.

*Background Info — Zilliqa is the world’s first public, permission-less blockchain which has successfully implemented sharding to scale to thousands of transactions per seconds. If a blockchain can, in fact, handle 2500 TPS to 10,000 TPS, we can see actual real-world use cases tested on blockchains. If Zilliqa can prove its technology with some real world enterprise applications, Zilliqa could be the major backbone for enterprise blockchain use. The teams behind Zilliqa are some of the brightest minds in the blockchain space, and they are at least a few years ahead of other teams attempting to solve scalability and security of blockchain. The CEO, Xinshu Dong, has significantly experienced working on the security and scalability of the blockchain. Other notables include the highly influential Loi Luu, founder of Kyber and official Adviser of Zilliqa.

What should readers need to know about Zilliqa that will happen by 2018?

Scalable Blockchain with secure smart contract platform by end of June TESTNET, Q3 our main net. Developers and communities they can build brand new applications for the first time.

*Background Info — Zilliqa is a new high-throughput blockchain platform which is designed to be more scalable through sharding. Rate3 will build our CSP on top of the Zilliqa blockchain as a pilot project in the third quarter of 2018, for more scalability in terms of transaction speed as well as gas fees. Rate3 and Zilliqa both graduated from the same incubator in Singapore.

You can get more information about Zilliqa here: https://www.zilliqa.com/