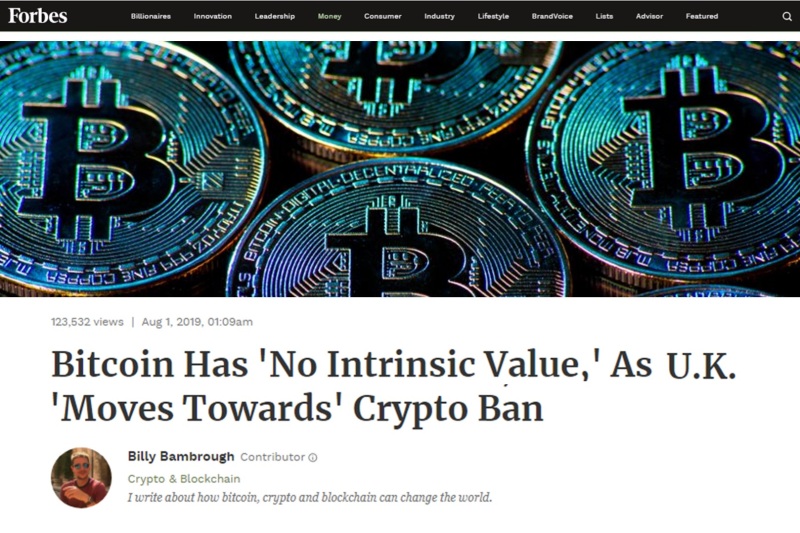 Today, Herbert Sim was featured on Forbes’ article entitled “Bitcoin Has ‘No Intrinsic Value,’ As U.K. ‘Moves Towards’ Crypto Ban“, where his quote was featured in.

“Although not a ban, [the U.K.’s FCA warning is] a move in that direction,” said Herbert Sim, head of business development from Broctagon Fintech Group. “This lack of enthusiasm is shared by several countries; the U.S. with its scrutiny of libra, and India, who are looking to implement a similar ban on cryptocurrencies which are not state regulated. These movements could end up coming back to bite. The international competition on cryptocurrencies is heating up and there are huge risks in being left behind.”