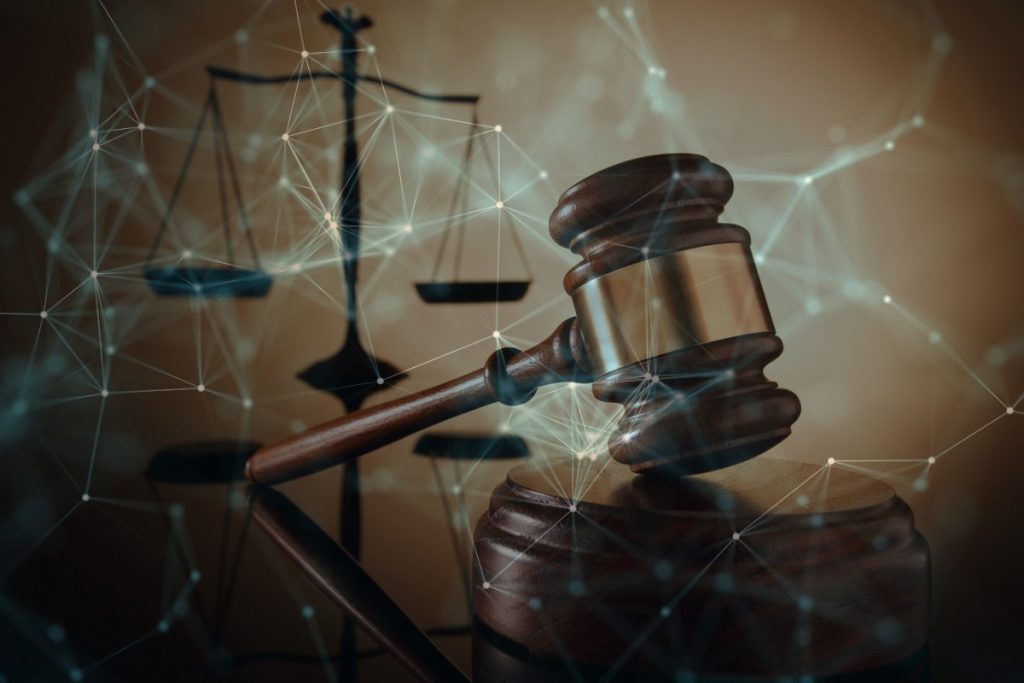 The application of blockchain technology in various segments of the economy and businesses continues to be as vigorous as ever. Investment in blockchain companies hit new heights in 2018. Reported US dollar volumes invested by venture capitalists in the first five months of 2018 already surpassed the total of 2017. In addition, the approximately $1.3 billion invested in 2018 exceeds the reported funding total for the 18 months between July 2016 and the end of 2017.

Projections for the size of the global blockchain market range from $7.59 billion by 2024, according to a report by Grand View Research, to north of the $16 billion mark by 2024, going by a report from Global Market Insights. The growing demand and market size for blockchain technology can be largely attributed to various sectors such as financial services, consumer and industrial products, technology, media and telecommunications, healthcare, transportation, and public sectors.

The global legal services market, forecast to grow from $849 billion in 2017 to $1011 billion by 2021 based on one study, is no exception. Along with artificial intelligence, blockchain has been one of the hottest developments shaking up the legal landscape.

Secure record-keeping systems and protecting sensitive data is an integral part of a law firm’s mechanics. Blockchain is designed to be more secure than other data governance systems. Transactions must be agreed upon by multiple parties – for example by the law firms of all parties involved – before they are recorded. Approved transactions are encrypted and linked to the previous transaction. In addition, the information is stored across a network of computers instead of on a single one, which makes hacking very difficult.

Blockchain offers greater speed and efficiency in handling the high volume of transactions a law firm would face. Traditional data entry and management processes are time-consuming ones prone to human error and often require third-party mediation. Since record-keeping is performed using a single digital ledger that is shared among multiple parties, there is no need for duplication of processes and reconciliation of multiple records. This streamlining and automation of processes through blockchain means they can be completed faster and more efficiently.

Greater speed and efficiency through blockchain assists law firms, as it is for most businesses, in reducing costs, which is a priority in an ultra-competitive global legal market. With blockchain, the number of third parties or middlemen can be reduced. There is also less need to review so much documentation to complete a transaction because the relevant parties will have permissioned access to a single, immutable version.

Blockchain is poised to make a variegated impact on the legal sector in terms of business models and technologies.

Companies in many industries including banking, insurance, real estate, logistics and the arts have begun adopting blockchain capabilities. Furthermore, with the burgeoning amount of investment in blockchain, an entire new blockchain market segment comprising enterprise solutions providers, cryptocurrency exchanges and token issuers has opened up. As clients requiring legal services, all these companies will expect their law firms to be well versed in blockchain technology, including its advantages and disadvantages.

The law and legal services are a continual reflection of changing economic trends and societal needs. A decade back, in earlier incarnations of the digital revolution, law firms had to tackle digital media rights issues, with some lawyers becoming experts in this field. 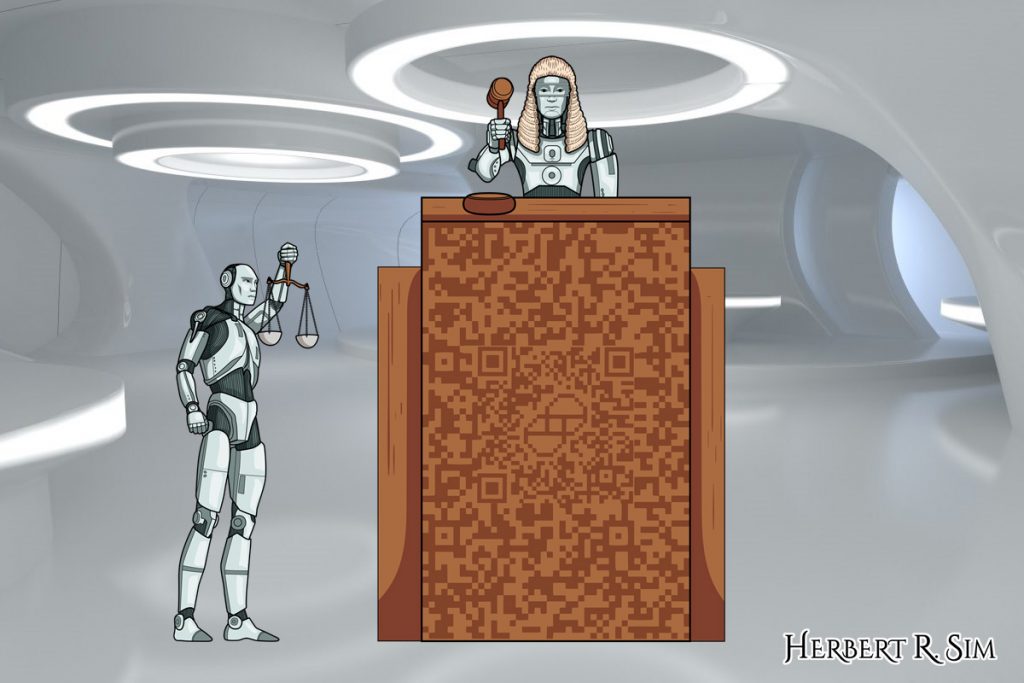 In case you missed it, above is an illustration of mine from 2017, entitled “Artificial Intelligence: Evolution of the Legal Landscape“

Now, with blockchain technology and its transformative potential, the law will need to adapt again. This is seen in the demand for lawyers specialising in blockchain law to help clients tackle issues such as regulatory interpretation and compliance. For instance, there has been a debate in the US about whether cryptocurrencies should be regarded as securities under US law.

Looking forward, law firms that prepare and position themselves as blockchain experts stand to benefit from a growing array of opportunities.

In fact, Bitcoin was the first to support basic smart contracts in terms of the transfer of value from one person to another. Today, smart contracts are capable of many functions such as ‘multi-signature’ accounts, so that funds are spent only when a required percentage of people agree. They can also manage agreements between multiple parties who transact in goods and services.

For law firms, smart contracts can resolve disputes in a straightforward and efficient manner, saving lawyers a great deal of work. An example of a smart contract platform is the nascent OpenLaw project, which turns regular legal contracts into software that can automatically execute an agreement such as trading shares or transferring assets.

There are also early movers in the blockchain law domain, such as US firm DLx Law LLP, which is exploring the use of smart contracts to experiment with flexible pricing for legal services based on demand and supply, and the unique requirements of projects. This signals a shift in valuing a lawyer’s output based on contribution to the business process, or the development of new products, services or intellectual property, rather than based on a flat hourly rate.

The workings of the legal sector are rapidly changing. Law firms and legal professionals are singing a new tune in terms of how they operate, and technological innovation is the new mantra.