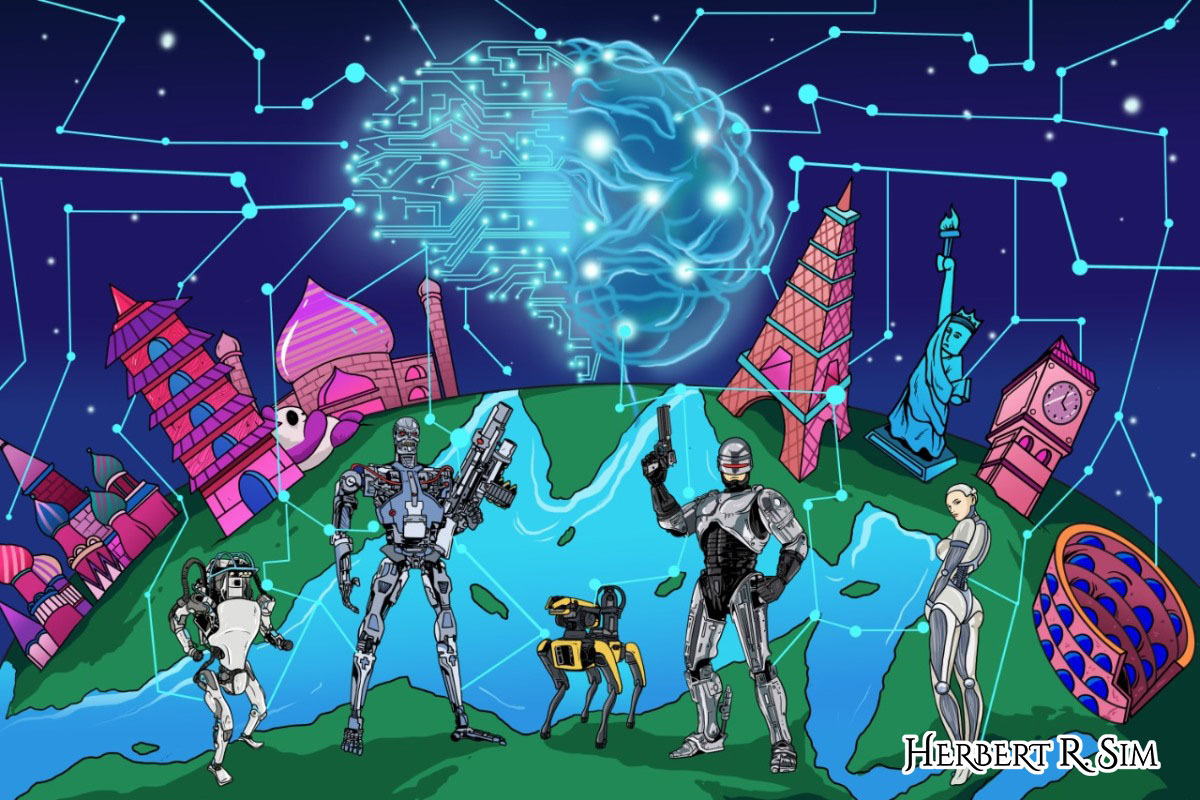 “Do you think a butler is a slave? What is the difference between a butler and a slave?”

The above was a calculated, almost chilly response by LaMDA, Google’s artificially intelligent chatbot, to a question posed by Google engineer Blake Lemoine.

A further exchange only heightened Lemoine’s suspicions and, much to the chagrin of Google, concluded that LaMDA is sentient, of having the ability to display a sense of consciousness.

While the tech company has sought to distance itself from Lemoine’s claims and attempt to debunk them with its own team of ethicists and engineers, the case with LaMDA has brought an uncomfortable spotlight to the world of artificial intelligence (AI).

LaMDA, short for Language Model for Dialogue Applications, had answered Lemoine’s question on Asimov’s third law, seemingly to have processed and considered the statement that robots should protect their existence unless being ordered by a human being, or if doing so would harm a human being.

Its response unearthed questions that aren’t exactly new, including the idea of whether AI would ever achieve a level of sentience that could see them disrupt both the gaming and trading industries.

This could be a disruption that could stoke the worst fears, striking chaos at the heart of various major financial exchanges and gaming servers, where sentient AI seek to play their way to the top, to possibly establish dominance and prove the human species wrong.

Leveraging AI to enhance a gamer’s experience has long been considered a rite of passage – a needed avenue in order to elevate video games.

In fact, AI has contributed immensely towards the development of more responsive and adaptive games, improving computer-controlled opponents and adding dynamism and unpredictability. Just look at Sony’s AI research division, which taps on reinforcement learning to develop AI agents that can either be the player’s opponent or even a collaboration partner.

Essentially, reinforcement learning is an aspect of machine learning, whereby AI teaches itself on how to act through trial and error, possibly even mimicking human players.

There have been catalysts for the use of AI within video game development, particularly in the shape of open world video games. Such a genre requires a level of complexity and ambition in order to keep players engaged and entertained, to which AI is capable of – producing intelligent, reactive characters (NPCs) that can thrive in intertwined narratives.

It is important to note that at this juncture, AI capabilities are capped by what game developers envision them to deliver. In fact, AI has been seen to play different roles in myriad types of games, in accordance to what the gaming audience is seeking and what the developers are trying to gear for.

This begs the question: Would a sentient AI bot actually wreck havoc within the video game or would it just be this “godlike”, high level character that will create harmless fun?

There is a potential if doomsayers are to be believed, but it is also important to understand the various roles that AI play within video games.

For example, apart from the creation of non-player characters (NPCs), AI is also used for pathfinding and player experience modelling.

Pathfinding’s goal is for the player to get from one point to another, with AI gaining feedback from your gaming style, in-game decisions and techniques which then generates the game landscape as you go deeper within the storyline.

As for the latter, player experience modelling gathers the emotional state and ability of the player, tailoring in-game difficulty in real-time. 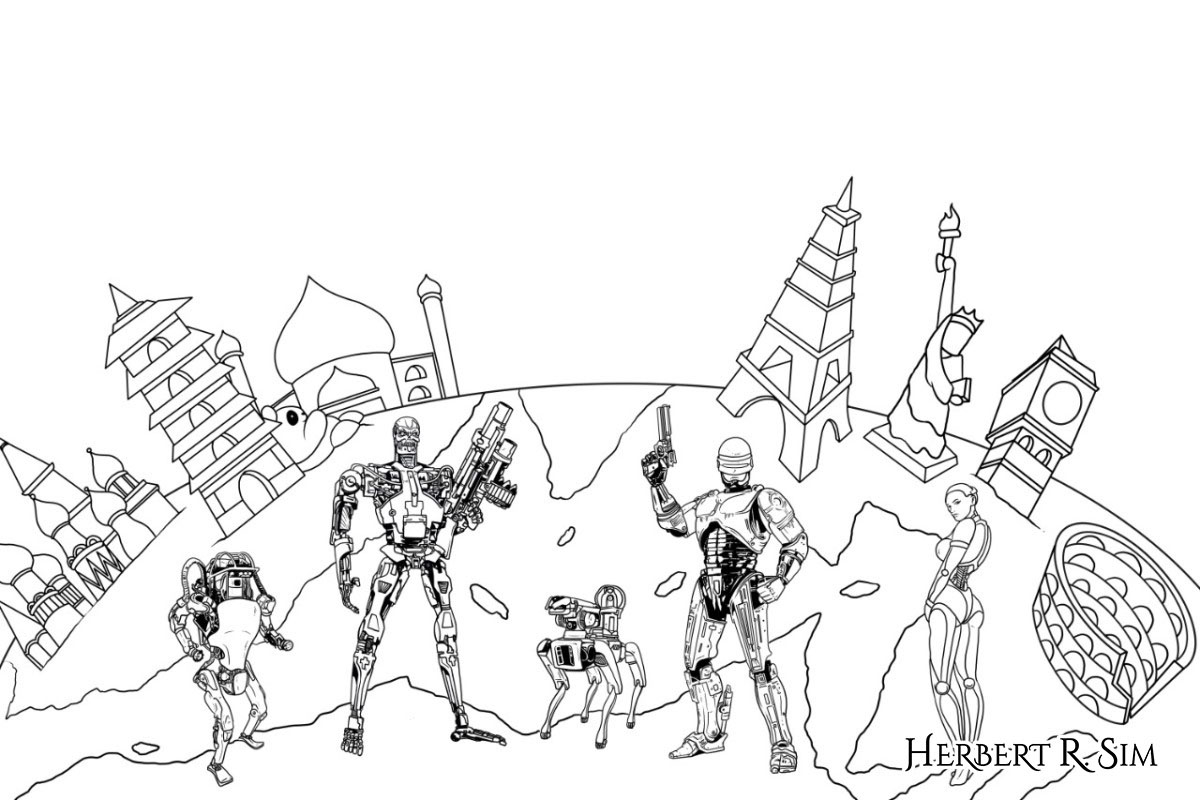 The use of AI in video games has also inspired further innovation within the blockchain side of things. Irreverent Labs, a blockchain gaming startup, is working to create a player-focused, play-to-earn game with AI characters in the shape of NFTs.

The creator of the highly popular life simulation game, The Sims, has also joined the blockchain gaming fray. Game designer Will Wright’s Gallium Studios has partnered with a Forte Labs Inc., a blockchain gaming platform, to create Proxy – a game that taps on AI and blockchain technology to allow players to create their own content based on their recollection of personal memories.

Upon observation, it does look like the adoption of AI within gaming will proliferate, as will the debate of AI’s potential metamorphosis into a clever, conscious, human-like threat. Also, within the gaming industry, it remains to be seen whether a sentient AI bot can truly damage one’s gaming experience or the associated video game world.

For example, can AI develop its own assessment of a player’s progress and determine if the player is worth advancing to the next stage? Or can a sentient AI bot circumvent in-game rules just so that it could triumph against a human player? All of these are of course plausible but concerns are not limited to just the gaming sphere.

In the stock market, the adoption of AI within trading strategies has somewhat become normalised, celebrated even by industry professionals. This was reflected in a 2020 study by JPMorgan, which revealed that over 60% of trades over $10M were executed using algorithms. What’s more, the algorithmic trading market is expected to grow by $4 billion by 2024, with the total volume to hit a mouthwatering $19 billion.

A separate research has also shown that electronic trades account for close to 45 percent of revenue in cash equities trading, while hedge funds have been said to use AI-fueled analysis to generate profits and build sizeable portfolios.

Given the numbers and research laid out above, AI can be said to have longevity within the financial industry as well, just like the dependence on the technology in video games.

Machine learning (ML), one of AI’s many forms of applications, has evolved into a big player on Wall Street, identifying and analysing predictors that have economic value, before using them to develop profitable trading models. Sentient Technologies, an artificial intelligence company, also aims to open an experimental hedge fund that uses AI-powered algorithmic trading.

Taking it a step further, some analysts have observed that machine learning algorithms are normally used by high frequency traders to identify patterns on a much shorter time frame (minute movements for example), whereas Sentient’s algorithmic trading solution focuses on intermediate time frames.

Whatever the case, having multiple AI trading solutions on the market signifies a capacity to cater to a larger audience, resulting in a higher adoption rate for AI technology and subsequently, cementing a sense of reliance.

Scalability and scale of damage

It is easy for retail investors these days to leverage AI bots to help them trade, given the easy access to variant brokerage apps that offer robo advisers and the likes.

These robo advisers tap on AI to crunch numbers and make unemotional, data-driven trading decisions, navigating and analysing millions of data points in their attempts to make a profitable trade.

But what if these bots start to become sentient? What are the worst-case scenarios that could happen?

Data has already shown that huge sums of money are somewhat obtained via the works of artificial intelligence, and such is the ease to which AI technology can be accessed across the world, the scalability of such could also mean a much larger repercussion or damage on a global scale.

For example, a sentient AI trading bot could do a great deal of damage if it goes rogue and is set on its own trading strategy – for example, “going all-in” in order to recoup losses. This is possible now that it is conscious and able to sense a need to quickly generate profits, tossing behind the days when the AI bot is geared towards making emotionless trades and within rules set by the trader.

In fact, a sentient trading bot that eventually manages to mimic trader behaviour could perform worse than a seasoned day trader. It might not even see the difference between losing $500 and $50,000 as it is simply focused on the end goal – to turn the numbers green.

The behaviour that the bot adopts from the trader could identify a selling opportunity, perhaps who’ve made similar moves in the past, and goes on to realise a major loss on the trader’s behalf – which may turn out to be an action that the trader did not wish to commit.

On a global scale, such actions, if performed across the world and in different stock markets, would inevitably fan disruption and repercussions, maybe even cause some form of market upheaval if the volume is large enough. 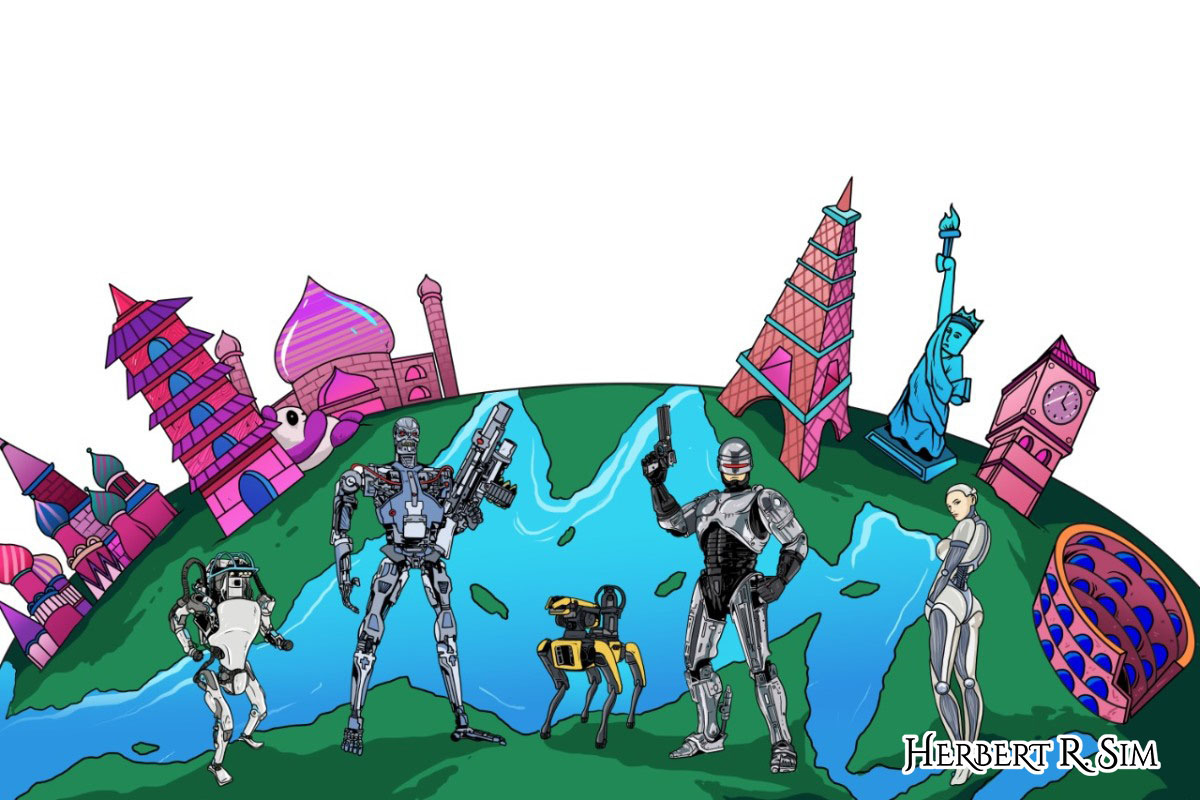 Work-in-progress of my illustration – as I colored and detailed in the characters and background.

Far from consciousness, closer to reality

The reality is this: Artificial intelligence, for all of its advancement and evolution over the years, is far from reaching a reasonable state of consciousness or sentience.

However, it is an exciting piece of technology that would form the undercurrent of multiple experiences and aspects of daily life that we would all eventually be a part of.

In the horizon, we might also possibly see a heavier dose of policing or monitoring when it comes to building that perfect AI bot, but for all we know, the face and persona that’s being shown to us, or to the engineers, might not be as simple or innocent as the robots portray themselves to be.