Blockchain Powers Up the Energy Sector 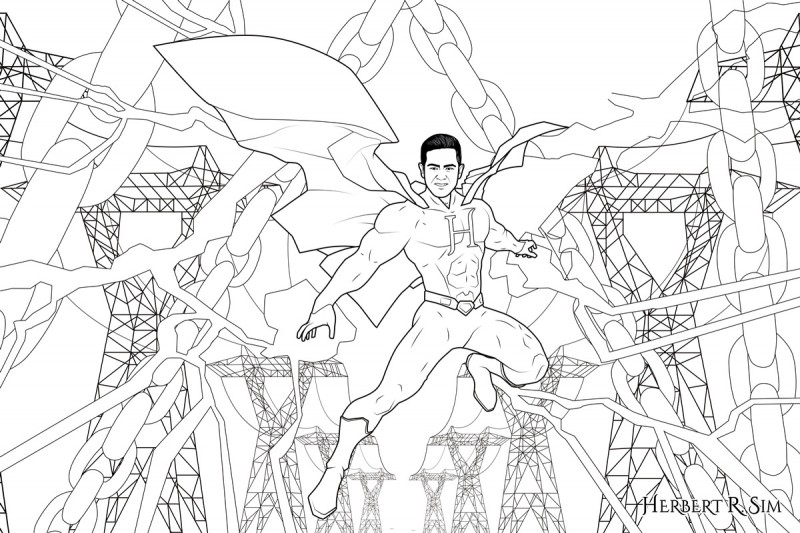 Following up from the illustration “The Superhero Within” produced in 2015, the full Superhero costume is now revealed in this  sketch above. And this time, as a “Blockchain Superhero”.

A new buzzword has entered the conversation in the energy industry – Blockchain. A decentralised digital transaction technology, blockchain enables the recording of transactions, or any digital interaction, in a way that is designed to be secure, efficient, transparent and auditable. Blockchain has started to make its mark in myriad sectors of the economy such as governance, finance, healthcare and logistics.

There is now an emerging discourse among experts regarding the applications of blockchain technology to the power grid and the energy industry in general. it is indeed befitting that blockchain technology, with its potential to make a ground-breaking impact on the way we live, work and play, finds convergence with energy, a fundamental industry and resource so vital to our way of life. According to Lawrence Orsini, the founder of LO3 Energy, a blockchain company in the energy space, “moving into blockchain energy could be much bigger than Bitcoin”, the well-known cryptocurrency under-girded by blockchain technology.

Sustainable energy sources are the first major trend impacting the energy space. Amidst rising concerns about climate change and the planet’s harmful reliance on fossil fuels, sustainable sources of energy including solar and wind are increasingly being developed and adopted by communities, cities and governments. According to the International Renewable Energy Agency (IRENA), as of 2015, renewable energy accounted for around 22% of global power generation. This share is expected to double in the next 15 years partly due to the rapid growth of renewable energy from solar photovoltaics and wind. China is emerging as a major player in the adoption of solar energy. In 2015, the energy-hungry powerhouse added more than 15 gigawatts of new solar capacity, surpassing Germany as the world’s largest solar power market. China is expected to triple its solar capacity by 2020.

Smart electric grids, a second major trend, are characterised by digital technologies that allow for two-way communication between the utility and its customers on a grid, enabled by the sensing and movement of data along power transmission lines. Like the Internet, the smart grid consists of controls, computers, automation and other technologies working together with the electrical grid to respond digitally to electric demands. Smart grids have the potential to more efficiently transmit electricity, restore power more quickly in case of disruptions, and better integrate power generation systems between power producers and consumers, particularly in the case of renewable energy systems. Denmark leads the way when it comes to smart grid investment and R&D with a strategy that includes real-time monitoring of energy use, variable prices and the use of data hubs.

Microgrids, the third trend, refer to small-scale, local energy grids that can operate autonomously from a larger, traditional grid. While a microgrid generally operates while connected to the grid, importantly, it can break off and operate on its own using local power generation in emergency situations such as storms or power outages. Microgrids are making inroads into suburbia and rural communities. In Newcastle, Australia, a suburban solar microgrid is in the works that combines renewable energy and battery storage technologies that will allow the community it serves to be entirely self-sustaining. 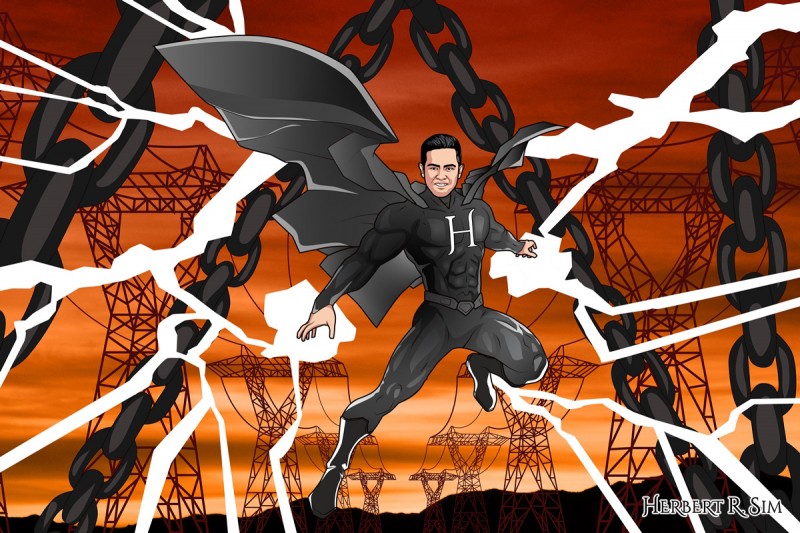 The “Blockchain Superhero” illustration in color. The inspiration is drawn from Blockchain “Chains”, and energy from power-grids and electricity.

Decentralisation and digitalisation are driving significant changes in energy markets, both of which are interconnected with the characteristics of blockchain technology, which is distinct for its distributed architecture and digital medium of operations. This offers opportunities for the development of new business models and entry of a wider range of smaller entities and services into the energy market which has traditionally been dominated by large utility companies.

Blockchain infrastructure could provide an open, transparent and timely way to record transactions in the energy business, encompassing generation through to consumption. This adds value through greater efficiencies to businesses and added service offerings to consumers.

According to energy consultancy Finoconsulting, blockchain can be the basis for a public ledger to record the amount of energy a producer has agreed to provide to a utility. Audit software could be used to periodically review transactions recorded in the ledger and ensure that the producer makes good on a contract.

The public ledger can also be used to record the amount of energy a consumer buys from an energy producer, and what type of energy it was (i.e. solar, wind, natural gas). Blockchain can enable a billing system that reads the ledger and creates invoices or monthly accounting reports.

The peer-to-peer (P2P) model that has taken root in areas such as media and information exchange (i.e. music, videos, files) can also be applied in the energy economy using blockchain. Earlier this year in New York, the first electricity trades between neighbours with blockchain technology were made, made possible through a collaboration named TransActive Grid between LO3 and decentralised applications start-up Consensys. Residents in Brooklyn were able to sell excess renewable energy generated from their own solar panels directly to neighbours. Blockchain empowers communities to distribute and monetise self-generated energy assets, paving the way for an emerging distributed economy of the future.

Applications being explored include electric car charging stations that use blockchain-based smart contracts to manage customer authentication and the billing process. Rather than having a customer pay for the amount of time spent connected to the charging station, there are plans to compute charges based on the amount of electricity consumed during the charging process, the intent being that users will save money through the use of microtransactions, and that electricity would be consumed more efficiently through this approach.

It is still early days, but blockchain shows potential to light the way to a more energy efficient and sustainable future.

The “Blockchain Superhero” illustration in GIF, to better illustrate the electrical energy.