Blockchain is in Fashion 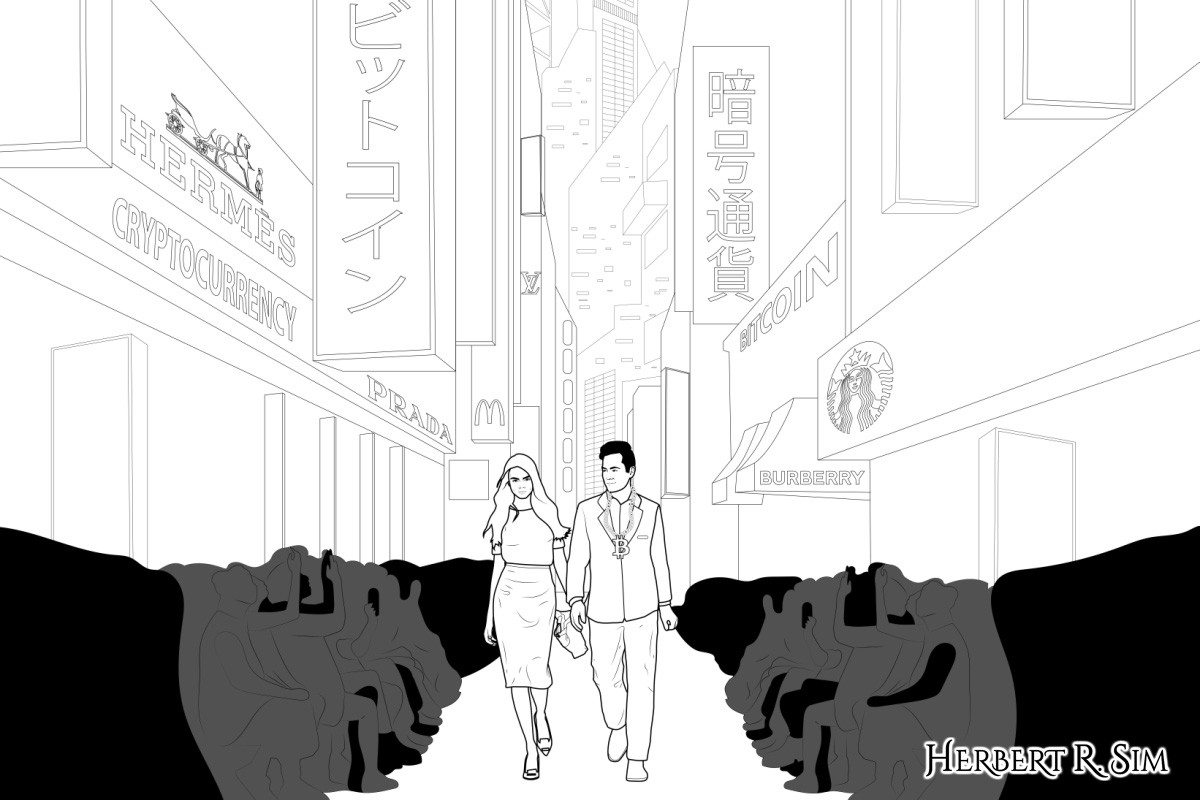 In my latest illustration, I sketch my persona ‘The Bitcoin Man’ walking down a fashion runway on the streets of presumably Tokyo city.

Blockchain, the technology that drives cryptocurrencies, is not only making an impact on industries such as banking, finance and healthcare. It is proving its widespread applicability in various areas of the fashion industry, estimated to be a sky-high US$1.2 trillion global industry.

As mentioned in a 2015 report by the US Congress, fashion is a structurally diverse industry that encompasses everything from major international retailers to wholesalers, and large design houses to one-person design shops. It is a highly sophisticated and diverse industry comprising fashion and market research, brand licensing, intellectual property rights, design, materials engineering, product manufacturing, marketing and distribution, among other aspects.

But such is the rich potential and versatility of blockchain that it is already making its mark on many segments of the fashion industry. Three areas worth highlighting are supply chains, authenticity (intellectual property), and fabric design and manufacturing.

Every fashion creation we buy has a story – a journey of people, places and materials. But these stories are often obscured in long, complex supply chains that move all over the world. The information presented to consumers on a fashion product’s story is rarely more than the marketing that simply aims to increase sales.

However, consumers today are more aware and informed than ever, and are demanding real transparency on where and how their products are made. Recent regulations reflect this trend; the European Union requires companies to publish more information about their supply chains, coupled with penalties for those who do not adhere to regulations.

But even with greater consumer awareness and new regulation, ensuring the authenticity and transparency of a product’s chain of custody has been difficult. The open source, decentralised database technology that is blockchain could fix this.

The key to transparency is the decentralisation of data, which means no single party can control what is entered or seen. This is a key feature of blockchain that allows consumers to check the supply chain integrity and ethical standards of their fashion products, opines Dr. Jutta Steiner, Chief Operating Officer of Provenance, a UK blockchain start-up that allows users to inspect the provenance of a product.

Built using the same blockchain that Bitcoin is based on, the Provenance platform enables the verification of a product through a smartphone-readable QR-code or RFID tag embedded in the label of a T-shirt or engraved into the underside of a piece of jewellery. Provenance kick-started this ambitious enterprise by tracing the journey of cotton T-shirts, the most humble but essential of fashion products, to the continent of Africa. 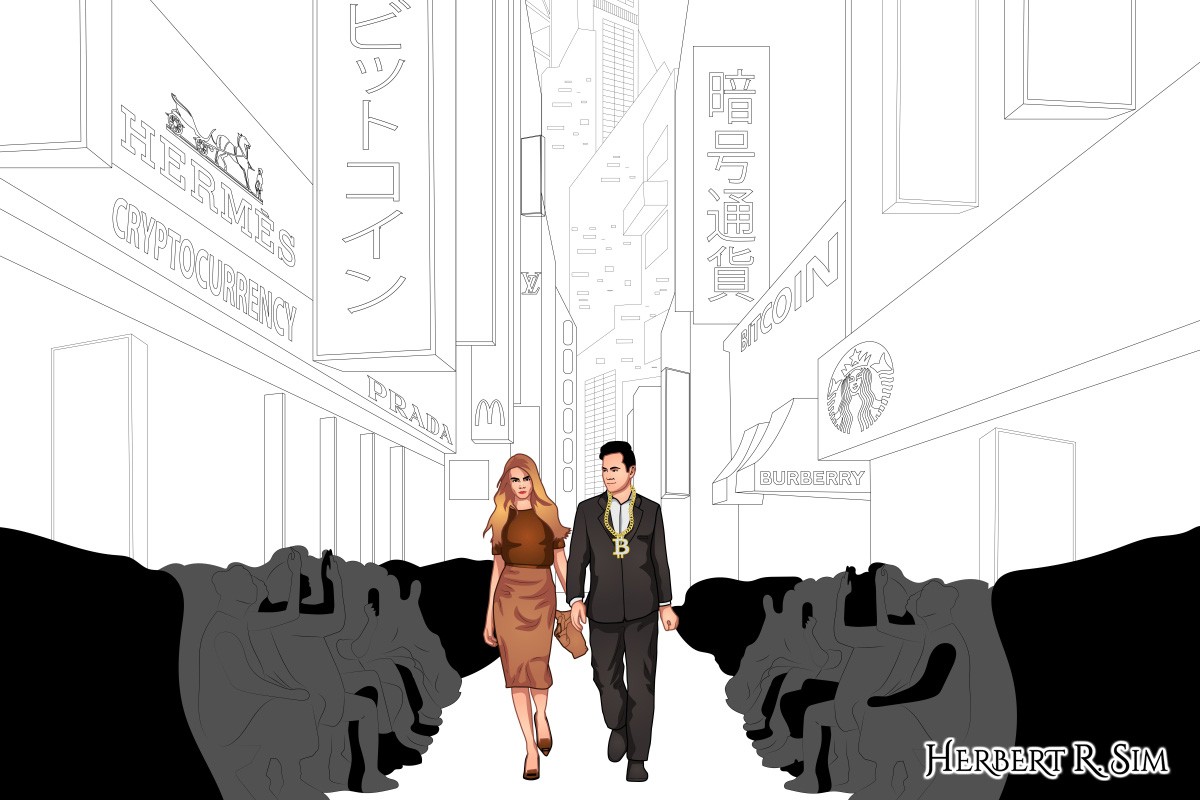 For fashionistas who want to stay in vogue with the latest trends and collections, making sure that they are purchasing the genuine article instead of counterfeits is an integral part of the experience. Unfortunately, fashion items such as watches, handbags and sunglasses are among the most counterfeited items on the market. Sneakers, the comfortable yet trendy choice of so many, is another product with a massive counterfeit market.

The sneaker is a fashion item not to be scoffed at, seeing how it is a $55 billion global industry. According to sneakerhead data website StockX, the secondary market for rare and limited-release sneakers is estimated to be worth over $1 billion in the US alone.

With such large sums involved, there is also a dark side to the sneaker market. Every year, as much as $100 million in counterfeit sneakers is seized by the US authorities alone. Worldwide, counterfeit fashion is estimated to be a $600 billion industry, and official estimates are that about 40% of all counterfeit goods are sneakers. This makes counterfeit ‘kicks’, as they are called, a $240 billion problem to sneaker makers like Nike, Adidas and more.

Air Jordan 11s and Yeezys are the most commonly counterfeited shoes, says Ryan Orr, CEO of Chronicled, a sneaker and fashion software authentication company that uses a blockchain-based record and 3-D printed smart tags to track authentic sneakers that hit the market. Using the Chronicled app, shoe shoppers can scan the smart tag of a sneaker and get all the information from the blockchain about its authenticity in a matter of seconds.

According to Orr, Chronicled is rolling out a three-tier strategy to gain a foothold in the sneaker market, aiming to appeal to independent buyers and sellers, physical retailers as well as major brands. Looking ahead, Chronicled wants to bring its blockchain-powered smart tags to more than just sneakers. Dynes, a high-end fashion label, has plans to incorporate the technology later this year.

In a world where data is said to be the new oil, everyday activities like putting on one’s jacket, walking to work and buying a coffee at Starbucks can, in theory, all be measured. Some of them already are being measured by smartphones and wearable fitness trackers.

Fabrics and the clothes they constitute are an indispensable part of our already data-rich life. This has led to forecasts that the future will be one of wearable smart fabrics and textiles that collect data from its wearer, and are connected to blockchains to store and manage the data generated. Imagine wearing a jacket made of smart fabrics capable of measuring data such as frequency of wear, location, level of activity and temperature.

This personal data, whose access can be controlled by blockchain-based identity tools, has the potential to be of value to both the consumer and the fashion industry. The consumer who grants the maker of the jacket access to his or her usage data can earn benefits via tokens which can be converted to digital currencies or exchanged for rewards with brands or third parties.

The jacket manufacturer or designer who receives such data from consumers gains a treasure trove of quantitative feedback with which to analyse the usage patterns of its consumers and the characteristics of its product when it is actually used. 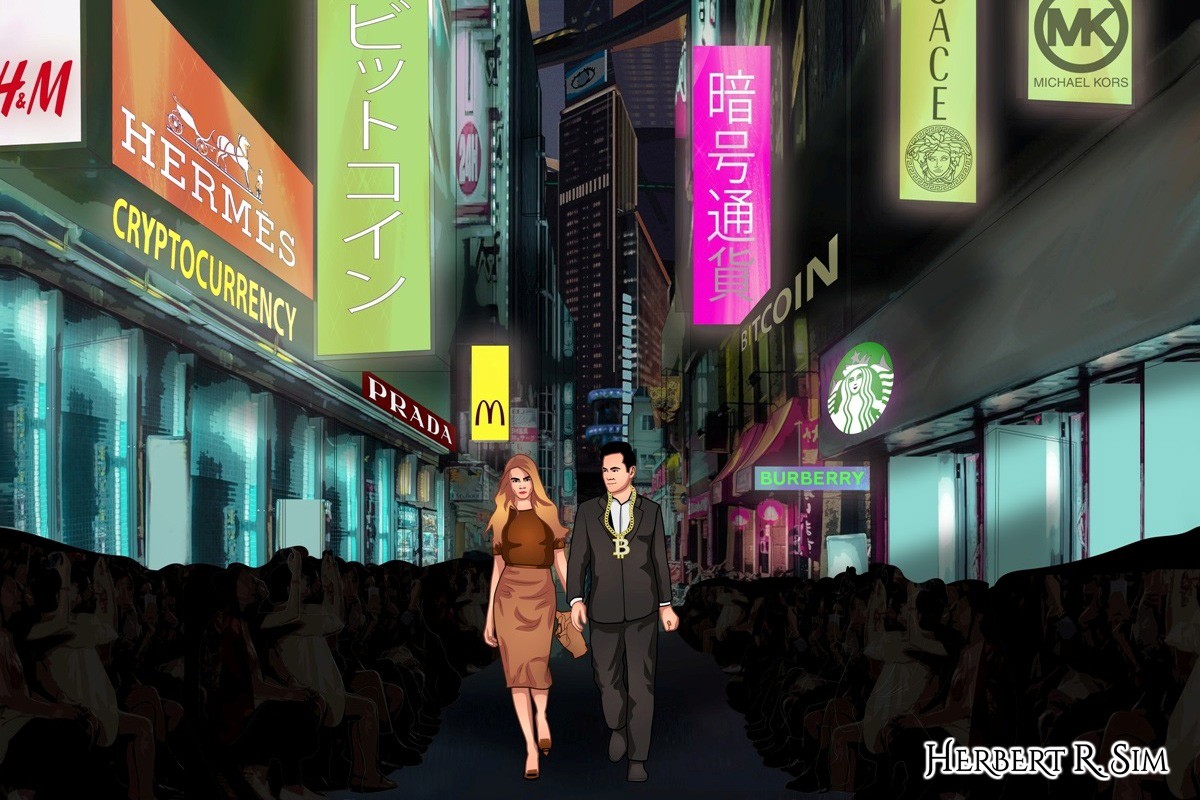 Here is the final illustration in full color, you can see the dark silhouettes of the audience, taking photographs, and the Tokyo city in cyberpunk style. Amongst the Luxury billboard signs, also spotted is Starbucks logo as it is along the street, and the words BITCOIN, and Cryptocurrency.

Google’s Project Jacquard worked with Levis to create an interactive jacket that allows its user, with a simple touch on the sleeve, to wirelessly access a phone and favourite mobile apps, silence a phone call or get an estimated ETA on their destinations via GPS. The jacket’s fabric is made by combining thin, metallic alloys with natural and synthetic yarns like silk, cotton or polyester, essentially turning it into a wearable touch screen.

Also, Adidas recently released a collection called “Climachill” that has titanium and aluminium built into the fabric to give the wearer a cold sensation while working out, while New York company Scough makes scarfs that filter and clean the air one breathes by using the same technology that the military uses to protect against chemical warfare.

These innovations could be made even richer if combined with the capabilities of blockchain in order to generate, collect, store and analyse data in a manner that benefits both fashion consumers and manufacturers. In a world abound with smartphones, cameras and other devices as data collecting nodes, why not the clothes we wear?

Be it in supply chains, product authenticity, or design and manufacturing, the varied applicability of blockchain is undeniable. If the fashion industry makes the right choices and invests the required resources, blockchain will be in fashion for a long time.