AI’s Tightening Grip On Our Daily Lives: Do We Need To Draw a Line? 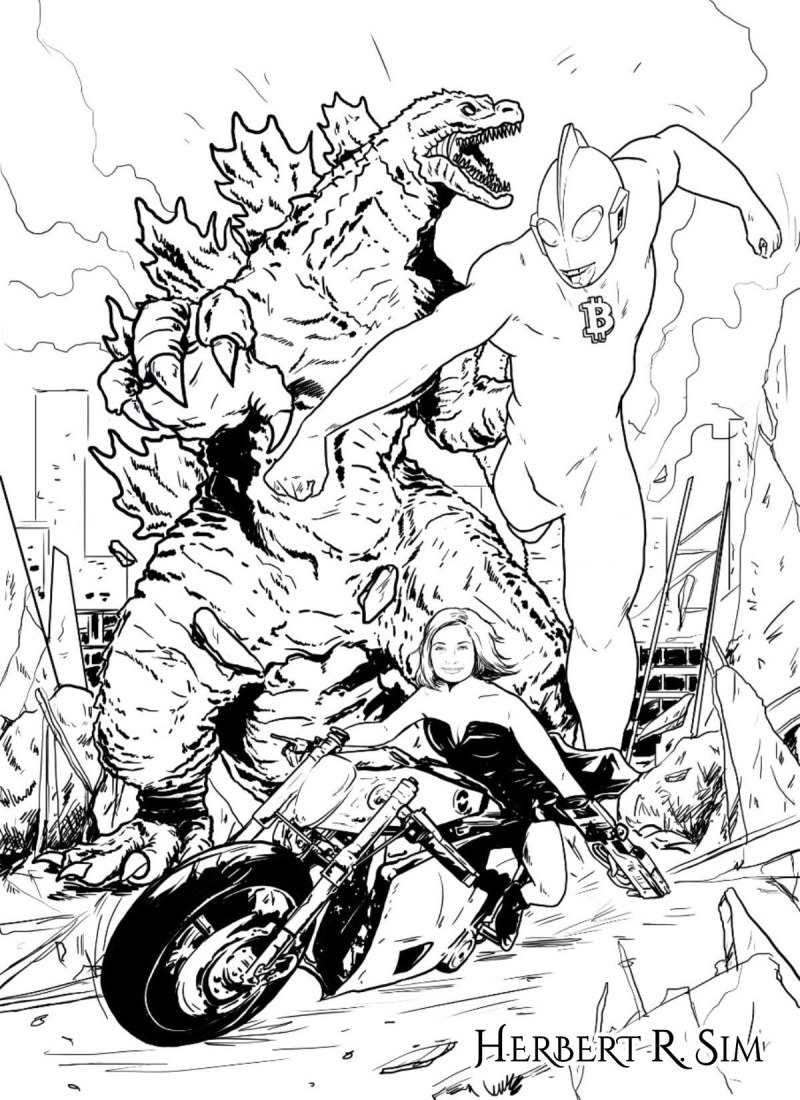 My illustration of Godzilla versus Bitcoin Ultraman, featuring a bad-ass female heroine on a motorbike #WomenEmpowerment.

Artificial intelligence (AI) has become prevalent within modern societies and taken up crucial roles in our daily lives – so much so that for certain functions, we may not even realise they are powered by AI.

To put its reach into context, worldwide business spending on AI is expected to hit $110 billion annually by the year 2024 – with retail and banking sectors having spent $5 billion each in 2020.

From dating apps and search engines to cybersecurity and autonomous vehicles, we are living in a world where we’re assisted by computer systems capable of displaying human-like intelligence. In Oxford’s definition, these machines are clever enough to execute “visual perception, speech recognition and decision-making”.

It wasn’t that long ago, in 2017, when only 17 per cent of 1,500 business leaders in the US were familiar with AI. This was despite the fact that the concept of AI isn’t new, with the first successful program – a draughts software that ran on the Feranti Mark I computer at the University of Manchester – written in 1951 by Christopher Strachey, a British computer scientist.

Since then, AI’s development has morphed into something bigger, at a pace more furious than any scientist or researcher could have imagined.

The benefits and qualities of AI have largely centred on certain narratives, for example, either to render our lives easier or to grant us protection.

The focus on delivering solutions has also split AI advancement into two main product camps – software and “embodied”. The former delves into the likes of virtual assistants and face recognition systems while the latter takes on a more Hollywood-esque angle – in drones, robots and autonomous cars, for example.

Excitement over the future of AI, however, is mixed. A Pew Research Center survey of 20 countries – held across the likes of Europe, Asia-Pacific and the United States – have shown that a median of 53% see AI as a good thing for society. On the other end of the spectrum, 33% assert that it’s somewhat negative.

Still, AI isn’t going anywhere and in fact, it has become so ubiquitous that the technology is crawling and reaching into every aspect of our daily lives.

It’s a sobering thought for some at the level of reliance humans have for AI technologies. Society, for one, has appeared to develop in tandem with AI and whether users would relinquish what they’ve grown to enjoy: the convenience, the enablement and fulfilment of certain tasks and goals – are just the tip of the iceberg. In fact, a slew of activities are already happening with the aid of AI, powering actions that most would take for granted. 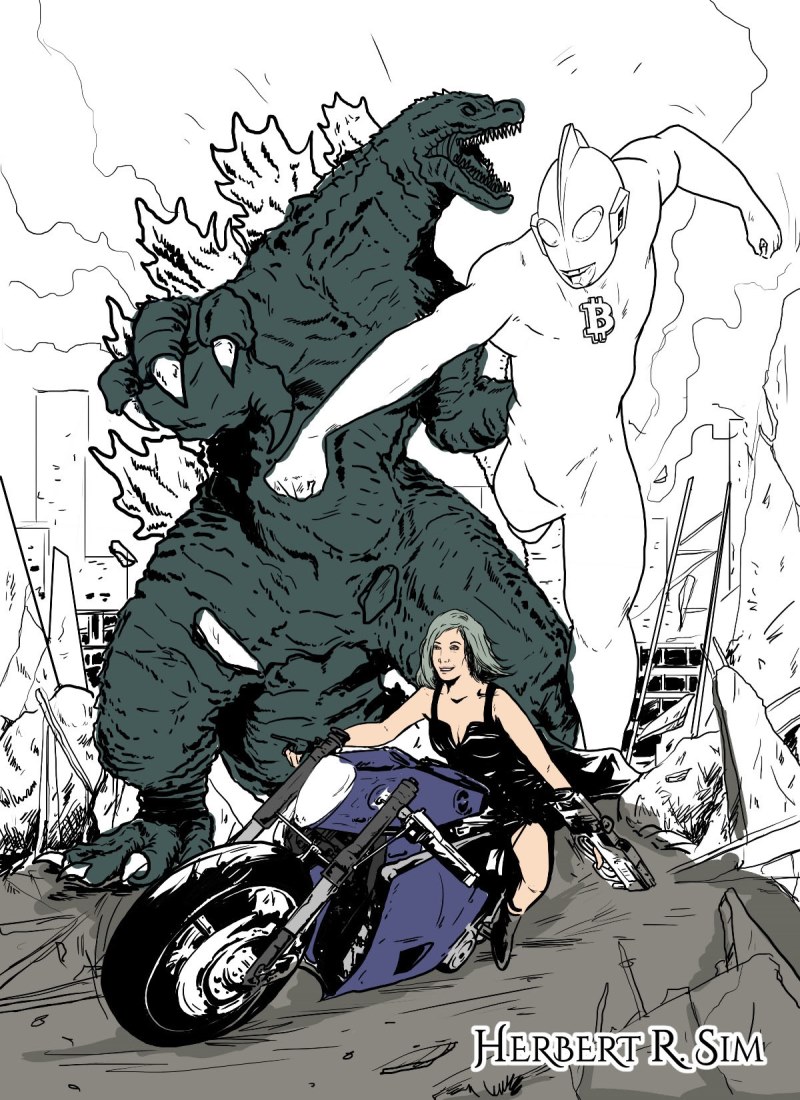 Here above I included my work-in-progress as I color into the sketch. I tried changing the look on the female heroine’s face.

Take for example, predictive purchasing. It has become so ingrained within modern culture – in part due to Covid-driven online shopping and home delivery activities – that people often forget that machine learning models are used to analyse historical data before predicting the likelihood of a shopper buying something. More often than not, our decision-making process is enhanced – possibly even triggered – by the availability of more options being sent to our social feeds.

Another implementation of AI that is closer to home, literally, is Google Nest’s learning thermostat. It employs behavioural algorithms to gather knowledge based on a user’s cooling and heating needs – enabling it to better predict and regulate the temperature in the user’s environment.

AI-powered digital assistants have also become commonplace, think Apple’s Siri and Amazon’s Alexa. Their presence within everyday appliances and gadgets, coupled with a core intention of fulfilling users’ commands, have seen their incorporation largely unopposed and even celebrated as a mark of technological progress.

Of course, multiple AI endeavours in various industries have also made headlines and chartered new avenues for adoption of AI technology.

The ability to predict if a patient is going to have a heart attack or even cancer, the identification of criminals and the embedding of AI technology within drones to execute search and rescue operations – these are excellent case studies that have enhanced AI’s reputation and debunk misconceptions that AI development is on a slippery trajectory that could pose a significant threat to humanity.

With every piece of innovative and disruptive technology, there will be controversy. In the case of AI, disenchantment lies not in its capabilities but rather, the opposite – that AI could outdo itself and evolve within a world that already seems reliant on AI-powered platforms – into a monster that shrugs off attempts to control.

Indeed, AI has taken on greater responsibility when it comes to making decisions. This can be seen in how multiple private companies in the US, for example, are using it to assess and execute tasks within the realms of health and medicine, creditworthiness and even criminal justice. The lack of government regulation and checks mean programs could be subjected to structurally biased coding – whether intentionally or not – and this very occurrence could strain existing societal tensions further.

AI sentience, or its ability to have a consciousness, is in itself, a touchy subject that while often dismissed by many to be impossible, could actually occur and throw the world into disarray. Such apocalyptic predictions abound and while assertions may seem farfetched, the cause for concern is understandable.

There still exists a perceived idea of what AI constitutes, that it’s like what movies have been depicting them for a long time – menacing robots intent on overthrowing humans and taking over the world.

Reasons abound as to why the chance for that to happen is considerably slim, and scientists have constantly assured that AI is still very far away from the general intelligence portrayed by Hollywood. In fact, most AI is designed to work under specific parameters and if additional ones are thrown in or tweaks are introduced, a new model has to be created or the system could malfunction.

In other words, even if AI is able to fabricate its own version of consciousness, it would not be close to what we have, and it could be vastly different from how we define consciousness to begin with. A lot needs to happen before AI can be perceived to pose a legitimate threat to our society and how the world functions. 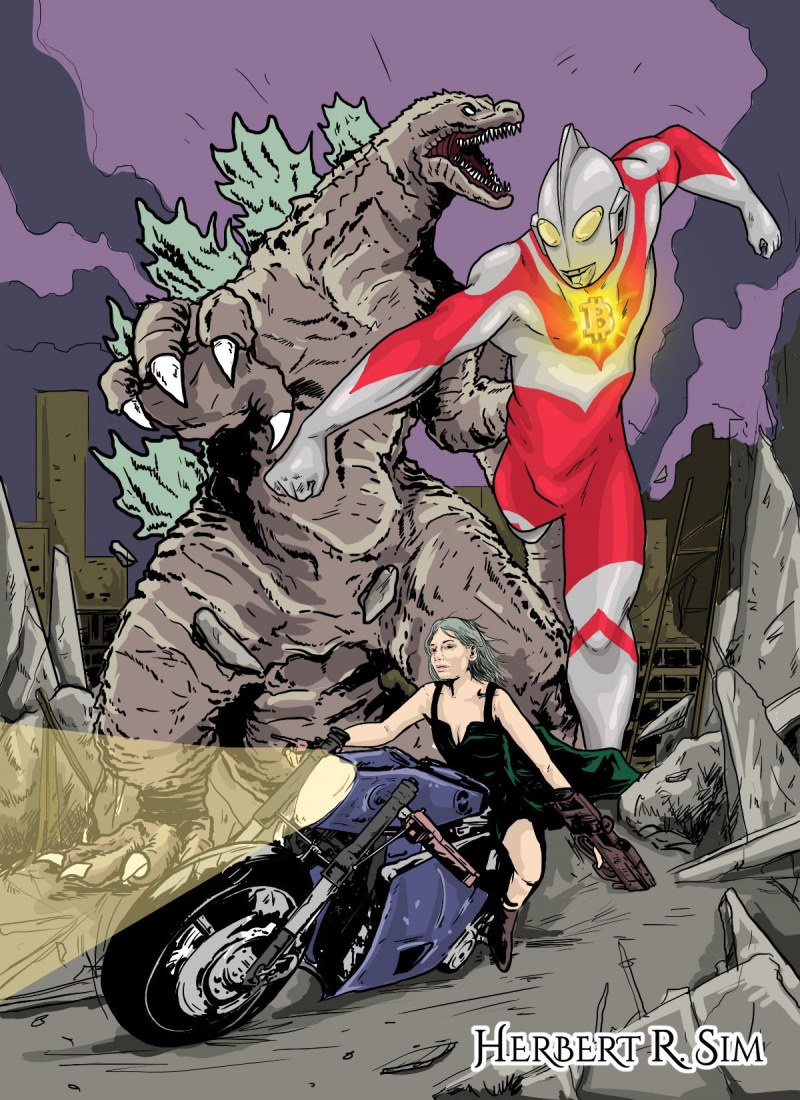 In my final illustration, I decided to make the female heroine have a bad-ass facial expression, with a futuristic gun in hand.

Getting the best of both worlds

Debate over whether AI will eventually gain sentience or possess general human intelligence could persist for a long time. However, crucial to AI’s rise to become a dominant future technology is how well humans and machines can work together.

The fact remains that AI should be designed and taught to augment human intelligence, that while measures and checks ought to be put in place when it comes to advancing AI, there should also be a certain understanding that AI can and should be evolving in tandem with humanity.

By peeling away the layers, AI’s purest form is in its mission to mimic humans. As long as it’s being fed with data and information, it will keep going and perform what it’s been instructed to do. Humans will still have the upper hand when it comes to wielding actual ability – an expansive repertoire that allows one to feel, anticipate, imagine and judge.

A human’s dynamism and ability to react towards multiple situations is something that machines can never replicate – something that ought to seed assurance in generations to come.

Essentially, what’s important is how best to weave together the strengths and weaknesses of both human and machine, before applying such knowledge within AI to drive and augment human intelligence.

The future for AI remains bright and as for its potential to destroy humanity? Not so much.