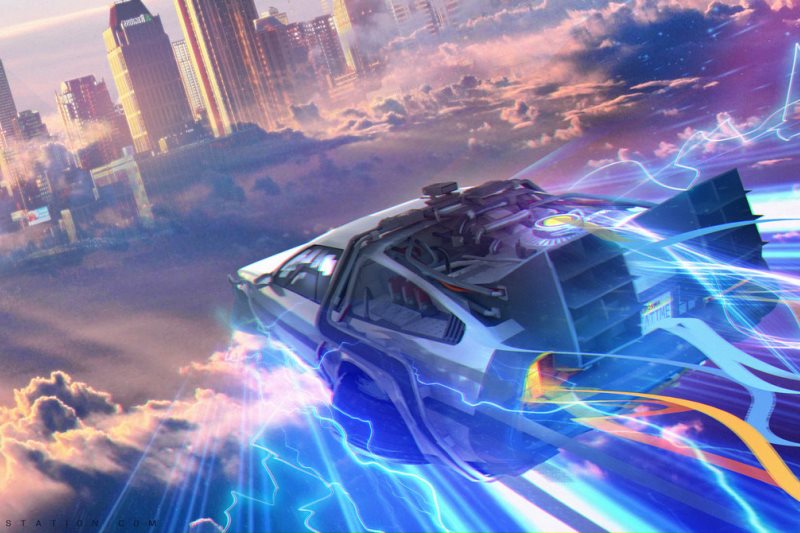 Illustration above entitled “Back to the Future 4 : the journey” by Tohad

The timeless (pun intended) appeal of time travel to pop culture was reinforced with the news in August 2018 that British broadcasting giant Sky is taking another crack at time travel after it began developing a remake of H.G. Wells’ classic novella The Time Machine. Not to forget that 2017 was the 150th birth anniversary of H.G. Wells’, which spawned a number of time travel-related media productions. On the silver screen, the biggest Hollywood blockbuster of the year – Avengers: Infinity War – featured elements of time travel through a powerful ‘Time Gem’ (the green one) that can manipulate time.

But moving away from science fiction and into actual science, how feasible is time travel in reality? Since looking at this issue back in 2011, it would be worth revisiting it to see if science and technology has advanced sufficiently for mankind to be any nearer to the possibility of time travel.

First off, there does appear to be at least some scientific basis to consider the notion of time travel. In a well-known experiment going back to 1971, physicist Joseph Hafele and astronomer Richard Keating placed four atomic clocks on aeroplanes which flew twice around the world, first eastward, then westward. When compared with reference atomic clocks on the ground, their times were found to be different.

The Hafele–Keating experiment proved that the rate at which time passes is circumstantial and situational. If one is travelling close to the speed of light or near a black hole, the amount of time experienced is going to be less than the amount of time someone else experiences. This is referred to as time dilation.

A real-life example comes from astronauts living on board the International Space Station experiencing time dilation. They age a little bit slower than people on Earth because they move quickly and also because they are further from the Earth, which means they experience less gravitational effects.

According to Dr Kristie Miller, director of the Centre for Time at the University of Sydney, the idea that the past, present and future are all equally real is fundamentally important to the model of time travel. And that means that everything that ever did exist, does exist or will exist are all somehow out there in the space-time continuum.

Interestingly, the weird world of quantum physics could be the key to decoding the mysteries of the space-time continuum. This field of physics involves extremely small scales where the rules of classical physics learnt about in school break down, and the concept of space-time as we know it may not apply. In the quantum world, it might be possible for a particle to be in many places at one time, which means they could travel through time and exist in the past, present and future. Nothing appears impossible in the weird quantum world, considering that particles can even travel through walls!

Lights Will Guide You Home

A well-known theoretical physicist named Ronald Mallett from the University of Connecticut believes laser lights hold the key to time travel. As is known, Einstein believed the three dimensions of space were all linked to time, which actually exists as the fourth dimension. Thus the phrase – space-time. In theory, this means it could be possible to fold space-time, which makes it possible to travel huge distances instantly.

In a hands-on approach, Professor Mallet is working on a new machine based on the fact that light can create gravitational fields, as put forth in Albert Einstein’s General Theory of Relativity. Mallet’s machine uses lasers to generate a circulating beam of light. The space in the “ring laser” would become twisted “like stirring a cup of coffee”. If this space is twisted strongly enough, linear time would be twisted into a loop, which presents the possibility of travelling into the past. If this idea of time travel does indeed prove to be valid, it would take a tremendous amount of energy to actually be able to twist space-time. 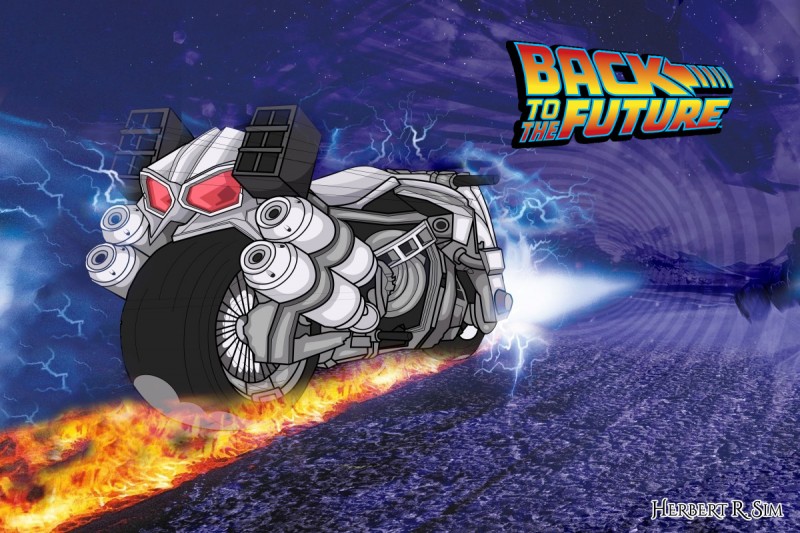 In case you missed it, check out my very own illustration rendition of “Back to the Future” where I stylized a motorbike instead, back in 2011.

If these theories and experiments of time travel do not bear fruit, there is the option of sidestepping time by changing how the human body experiences time. The American Defence Advanced Research Project Agency (DARPA) is currently developing biostasis, a technology that allows the body to be slowed down at a molecular level.

In the near-term, biostasis could be used for medical emergencies such as extending the “golden hour” – the time that wounded soldiers have to reach medical attention. It could also potentially prolong the shelf life of blood stores and other medical products like vaccines, antibodies and enzymes by slowing down the reaction times of chemicals.

In the long-term, this capability could be advanced to slow the metabolic rate and induce hibernation in astronauts for long-distance space missions to explore Mars and other space bodies. And nature may well provide the answers to achieve this. Creatures such as wood frogs possess a capability known as cryptobiosis, where all their metabolic processes apparently stop, yet they remain alive. This allows the frogs to survive even in a frozen solid state.

There are, of course, skeptics and disbelievers who think time travel is impossible. Whatever the result, it is more likely that mankind’s efforts to decode the mysteries of the space-time continuum will stand the test of time.