Herbert Sim on CoinTelegraph about Crypto Regulation In China 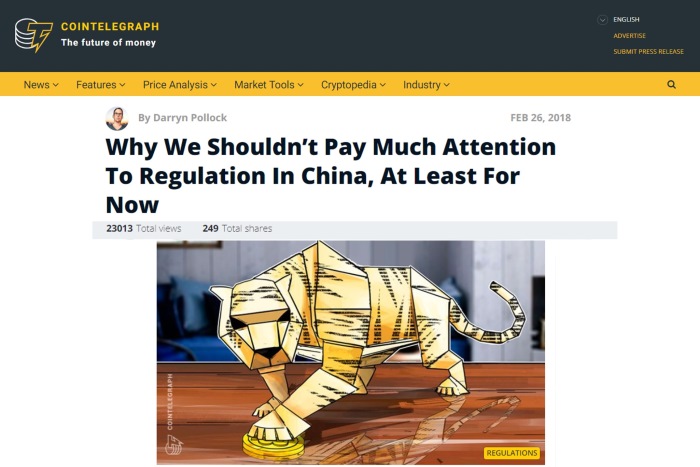 Today, on CoinTelegraph article entitled “Why We Shouldn’t Pay Much Attention To Regulation In China, At Least For Now“, Herbert Sim, spoke to Cointelegraph’s editor, Darryn Pollock, about how the company has had to deal with the crackdown. “Huobi Global main operations are now currently out of Singapore, with its other office across the global in major cities such as Hong Kong, Korea, Japan, and more recently in San Francisco,” he said, indicating that they can of course no longer directly operate from mainland China.

“Cryptocurrency is a completely new industry, one that governments from around the world are experimenting and figuring out how to govern it properly with policies in place. But as they are in the process of this experimentation, it is also up to the cryptocurrency exchanges themselves to first self-regulate.”

“We have taken the initiative to launch user security and protection Initiatives such as the ’User Protection Fund’ and the ‘Security Reserve’; and a world first autonomous token listing exchange, HADAX; and increasing our Customer Service headcount to more than 250 people, across multiple time zones and multi-language support.”

So, it would seem, that in the case of Huobi at least, the China crackdown has not stunted their work, as they have pushed beyond the walls of the People’s Republic, and as Sim adds: “Our client base has still been steadily increasing on an exponential rate. Our China user database is still accessing as per normal as we are an international, global brand.”